5 comments
Comment Now
Tweet
A survey of 600 IT and business professionals finds more new skills are needed to keep the business up to date and competitive.

A skills gap frequently exists between what employers want from their IT workforce and what workers can actually deliver. Out of 600 executives surveyed, 46% believe the gap has gotten worse in the last two years.

Despite that, most organizations -- two out of three -- lack any formal strategy to address the gap, according to Charles Eaton, CompTIA's executive VP for social innovation. "Whatever the cause, there is clearly a wide chasm between the skills employers want and their perception of the skills their workers have."

That's one of the main conclusions of a recent skills gap survey by CompTIA, the Information Technology Industry & Association. CompTIA includes 2,000 technology producers and distributors, including Arrow, Canon, Intel, Rackspace, Red Hat and Samsung. CompTIA's 11-page report on the survey, Assessing the IT Skills Gap, was issued June 26.

Over half of those surveyed "acknowledge they struggle in identifying and assessing skills gaps among their workforce," said Amy Carrado, senior director, research and market intelligence, for the association.

Attempts to address the skills gap often founder on "knowing what to fix, which must precede discussions of how to fix it," she added. The pace of change and ongoing innovation in a broad set of technologies is creating the gap, she said.

Want to see one area where skills will be in demand? See Not Doing Big Data in the Cloud? Better Get There.

Organizations are jumping into big data capture, artificial intelligence and machine learning, the Internet of Things and robotics, and they are finding their IT staffs are struggling to make sense of the data generated. Innovation is occurring quickly on all those fronts and staffs haven't necessarily had time to retrain or gain hands-on experience before they're expected to produce results.

The skills gap does not represent an overwhelmingly negative assessment. On the contrary, the role of technology keeps increasing in importance, making filling business needs an upward moving target. Fifty-eight percent said their organization had an acceptable vision and strategy but there remained "room for improvement," with 22% saying they excelled in that area; 21% said there was "lots of room for improvement." 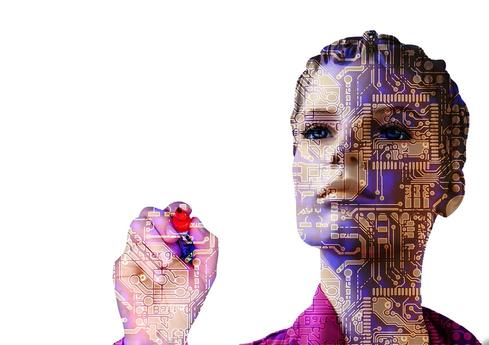 There was a wide range of skills needed to fill the gap, however, with a broad swath of respondents agreeing on what were the most urgent skills. For example, 59% cited emerging technology areas, such as artificial intelligence, Internet of Things, big data analytics and automation of IT systems. Likewise, 59% said integration of different applications and data sources, as well as platforms and devices was a leading need.

Cybersecurity ranked next, with 55% cited the need to find more skills in that area. Architecting applications and software development was cited by 55% as well.

Data analytics and managing data for big data applications was cited by 53%.

CompTIA projected 800,000 IT workers will retire between now and 2024, a development that will "only exacerbate the problem." A majority of those surveyed, 59%, said they prefer to fill the skills gap by focusing on retraining existing workers, with 35% saying they preferred to focus on "next generation IT workers."

As a way of filling the gap, respondents expressed renewed interest in apprenticeship-type training, although few IT workers have gotten their education with that approach in the past. Half said the concept "definitely has merit," and 39% said it "probably has merit."

Fifty-seven percent expected new skills to be gained via online, self-directed training and e-learning; 52% said some retraining could be accomplished via conferences; 49% cited use of webinars; 47% turned toward instructor-led, classroom courses. Another 43% cited mentoring and guidance from peers.

CompTIA a leading provider of vendor-neutral, certification courses for IT workers in cloud, mobility, Linux, networking, security and technical support, as well as other subjects.

Charles Babcock is an editor-at-large for InformationWeek and author of Management Strategies for the Cloud Revolution, a McGraw-Hill book. He is the former editor-in-chief of Digital News, former software editor of Computerworld and former technology editor of Interactive ... View Full Bio
We welcome your comments on this topic on our social media channels, or [contact us directly] with questions about the site.
Comment  |
Email This  |
Print  |
RSS
More Insights
Webcasts
Now That Ransomware Has Gone Nuclear, How Can You Avoid Becoming the Next Victim?
Why Performance Testing is More Critical Today
More Webcasts
White Papers
2019 Software Exploits, a Technical Deep Dive into Vulnerabilities
SOC 101
More White Papers
Reports
The New Face of IT Automation
State of Cybersecurity Incident Response
More Reports
Copyright © 2020 UBM Electronics, A UBM company, All rights reserved. Privacy Policy | Terms of Service