Aging Of America: Internet To The Rescue - InformationWeek

0%
Tweet
We're running out of money, not technology solutions.

Remember the Sherlock Holmes short story "Silver Blaze" in which Holmes solves the case by noticing that "the dog didn't bark," which meant that the mutt knew the murderer? Sure you do. But what's interesting is how Arthur Conan Doyle used pattern recognition as the lynchpin.

We're all pattern recognizers, but some of us can Name That Tune with surprisingly fewer notes. Let's take some seemingly random events and see if we can find some interesting patterns.

1. Google unveils a partnership under which it's ready to spend $1.5 billion on research of age-related diseases.

2. Hospitals are employing germ-seeking robots to scrub operating rooms to avoid hospital-created infections. (We used to think that "professional services" are immune to the Internet and computerization. We know better now.) 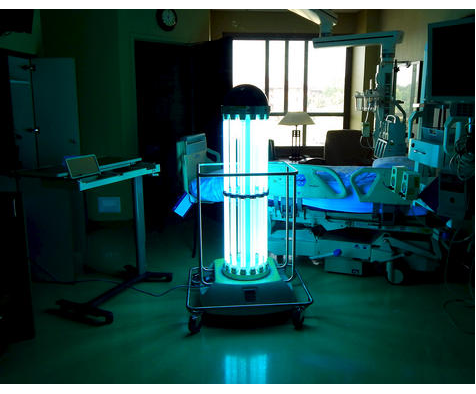 3. America is aging. There are now 55,000 people in the country 100 or older, up 65% from 1984. It's the fastest-growing demographic, albeit small. We've stopped smoking. We still overeat, but we will eventually take a pill for that. General Motors retirees will make more from their pensions than they ever did while working. 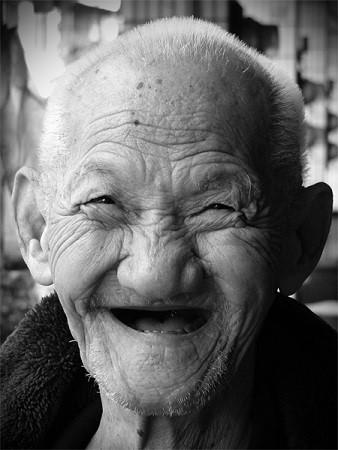 4. Stanford University offered a course, Econ 1v, to undergraduates that was completely online...  and it offered the same course for free to anyone else. Assuming students pay $60,000 a year in tuition and take 10 courses, they're paying $6,000 per course.

[Are you still passionate about your profession? Read What Willie Nelson Taught Me This Summer.]

5. My mother-in-law, age 95, is having a little trouble getting around. How could a robot help her clean? Dress? Ensure she takes her meds? Keep her connected to her friends or help her make new ones? Play bridge with her?

6. About half of prescribed pharmaceuticals are never taken. Or even worse, they're taken twice as often as they should be because the elderly person couldn't remember if she took them in the morning.

When Social Security was first started, Americans dutifully died when they were supposed to -- around age 65. So Social Security gave them one victory lap. But now that the Aging of America is in full bloom, people are outliving their "three score and ten." Putting an elderly parent in a nursing home costs... about $150,000 per year. Assuming a lifetime of 90, and assuming 15 years of nursing care, that amounts to $2.25 million. And some of those new designer drugs cost... $145,000 per year. Live long enough and you'll come down with something.

In short, we're about to embark on the Great Generational War -- the older people (certainly not me) versus the younger. Those in the middle (yes, you and I) are going to have to decide: Support our parents... or our kids. There's not enough money to do both.

The Internet to the rescue. Since a hospital operating room has to be kept super-clean, the old method was to scrub it religiously. But if a robot could use high-energy wavelengths to clean it in three minutes, why not substitute an Internet-connected method to let the chief of surgery know when it's safe to reuse? And if this $100,000 robot could do that, couldn't it clean my mother-in-law's house? Certainly a lower-cost version; certainly a shared resource. UberRobot to the rescue. Or give her an automated tool that registers when she took her meds; not an easy task when she takes 10 different ones -- some in the morning, some at night, and some twice a day.

And since your kids have obviously inherited your brains, couldn't an online university that has both prestige (Leland Stanford Junior College?) and lower costs make it, especially if it could combine videos and interactivity? Couldn't we clone the professor, not unlike Madden NFL, and have a Siri-like expert quiz the students? You betcha.

One very good reason: We're running out of money, not technology. Furthermore, while some of us are going to be supporting our aging parents, others of us realize that the ol' folks not only have the money, but they also have the votes! When push comes to shove, they'll get their $145,000 per year drug because the politicians will cave, as they always do.

Right now, Netflix and YouTube account for about 50% of downstream network capacity in peak hours, 44% upstream. So what? What happens when 50% of America's 110 million homes have 1-Gbps service? What happens when bandwidth is essentially free? And the Internet of Things such as robots and pills and courses are connected?

They say that when the student is ready, the teacher will appear. When the need is great, the technologists will combine seemingly random solutions to solve the problems.

In fact, with the Internet you can live (almost) forever.

Howard Anderson is on the faculty of the Harvard Business School. He was the founder of the Yankee Group and co-founder of Battery Ventures. He attempts to keep his rampant skepticism from morphing into galloping cynicism, a battle he seems to be losing. View Full Bio
We welcome your comments on this topic on our social media channels, or [contact us directly] with questions about the site.
Comment  |
Email This  |
Print  |
RSS
More Insights
Webcasts
[Virtual Event] Doing More IT With Less
Why Performance Testing is More Critical Today
More Webcasts
White Papers
Getting The Right Cloud Management
Assess Your Security Effectiveness
More White Papers
Reports
CyberSecurity Trends 2020
Collective Offense Calls for Collective Defense
More Reports

Some excellent points there zerox203 but this one spurs one of the major issues with technology and the aging population.  "We hear every day about how hospitals are still having trouble with EHRs and regulations therein.... my local pizza shop remembers my favorite toppings no problem, no charge"  Too many industries are trying to put the tech out front and force customer interaction with that technology.  Your pizza place still has humans answering the phone they are just using technology to deliver better service through those humans.  People tend to fight technology when it becomes a roadblock or they feel like people are hiding behind it.  There are many things the healthcare industry could be doing right now that are not intrusive but give medical staff better insight.  I think that is where the focus should be right now, not robot doctors that can come in and give a diagnosis.  One such tech that I heard about years ago but haven't heard about again is a Kinect based system to detect falls in nursing homes.  The technology exists, is easy to implement it is not personally invasive and it could make the difference between a resident getting help immediately vs laying on the floor for hours waiting for staff to come check on them.
Reply  |  Post Message  |  Messages List  |  Start a Board

It's definitely true that this is a topic that's underdiscussed and underserved relative to how important it is. Actually, I can only speak to that being true here in the United States, but I imagine it's much the same in many parts of the world. RetirementSite's point rings very true - it's an uncomfortable topic, that people would rather not face until they absolutely have to. Perhaps unsurprisingly, this ends up tying in closely with steep medical costs - another topic people would rathere not turn their thoughts to until it's too late. No coincidences there, right?

You're right, Howard, that many people and organizations are dragging their feet when it comes to proper tech adoption. We hear every day about how hospitals are still having trouble with EHRs and regulations therein. That's a far cry from how other industries are taking to tech - my local pizza shop remembers my favorite toppings no problem, no charge (which may be what puts some in the hospital, but that's another topic). Spending time on a site like this one gives me real insight into those struggles from the perspective of the healthcare professionals themselves... but that's small comfort to those facing the rising costs. So the question remains... just how far can technology take us if we stop dragging our feet?

Designer drugs only stay designer drugs until they are proven, then advanced manufacturing sets in and what was $10,000 per month becomes $10 a month. Just like computer memories. What won't get cheaper is taking care of the legions of patients with things like Alzheimer's and the other kinds of dementia all too prevalent in the elderly. To take care of such patients, there is nothing that will substitute for human caregivers, and much of it involves helping patients with basic hygiene tasks that they can no longer do for themselves. So, unless you can build a nurse-robot, I don't see how technology can be much help here now or any time in the foreseeable future.
Reply  |  Post Message  |  Messages List  |  Start a Board

I don't see that much technology or applications being use to tackle elderly care which will one of issues affecting our society and the world at large.  Current technology trends are focusing on other less impact issues.  Even the japanese can't build robots to take care of the elderly, they are always ahead in technology.
Reply  |  Post Message  |  Messages List  |  Start a Board

Social security wasn't set up to support people living into their 90s, so yes, something has to give. It's not clear to me how technology can cut the costs of prescription drugs, but robotics and automation software could at least help cut the costs of caring for the elderly. The human touch is important with elderly care, but financial realities  loom large. Those in the nursing home business have to be concerned about being disrupted by technology.
Reply  |  Post Message  |  Messages List  |  Start a Board

While technology may be marching along one of the basic issues is that aging and retirement are not on many people's radar until they are almost there. There needs to be more emphasis on educating everyone about aging and health and aging and retirement planning. These topics should be taught in every high school and every college. If more people started to prepare early in life and worked at staying healthy health care costs could be substentially reduced and people would be more financially prepared to handle their later years.

I was following the thread of this argument, sort of, for a while, but you lost me at the end. Maybe I'm just getting old.
Reply  |  Post Message  |  Messages List  |  Start a Board
Editors' Choice
Hot Topics