Agile Not Just For IT Anymore - InformationWeek

Many organizations are taking the Agile development discipline beyond IT to every department. What are the key issues to make the transition successful?

Fans of the Agile discipline are enthusiastic. That enthusiasm is why I'm standing in the middle of a 60-second dance-off on a Tuesday morning in April. It's how a thousand or so scrum coaches, team-leaders, and practitioners started their day at the Scrum Alliance's Global Scrum Gathering in Orlando, Fla., before launching into sessions on the best way to make an organization agile.

Agile enthusiasm is also why I ended up on the phone with the CEO and a vice president of product development from Compuware. A lot of companies like to talk about their products, but Compuware was eager to talk about the processes it has put in place for the entire company. As I learned at the Scrum Gathering, talking about processes might be unusual for the average business, but it's just another day for organizations deeply into Agile.

"When I came in, the intent was to change everything. I wanted to create an agile business by design," Compuware CEO Chris O'Malley said in a phone conversation. "This was part of a larger effort to create a startup culture across Compuware." 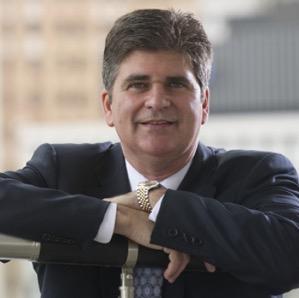 David Rizzo, Compuware's vice president of product development, said that the company's move to the Agile discipline was part of O'Malley's plan from his first days with Compuware. It wasn't a plan that everyone at the company embraced with enthusiasm. "There were a lot of people who thought he wasn't quite right about what he wanted," Rizzo said. He explained that it wasn't hard to understand employees' antipathy to the plans.

"Eighteen months ago, the average tenure of a developer was around 20 years," he said, adding that the roles had become entrenched and siloed. Developers worked on a specific product and knew precisely what to do -- and were comfortable in the certainty of those roles. "We went in knowing that would be an issue," Rizzo said.

Inertia is as powerful in the enterprise as in physics. That's why strong leadership from the top is crucial in moving an organization to an Agile discipline. That was the message from Marty Garza, a technology executive at Southwest Airlines, when he took part in a keynote panel at the Global Scrum Gathering. "If you don't have Agile leaders in the organization, you'll struggle with bringing Agile into the organization," he said.

Garza went on to provide an example from his experience. "When a team was implementing Agile and went to scrum, their leadership wasn't prepared, and the team ended up drifting back into their old habits," he said.

Leaders have particular roles to play when it comes to moving an organization to Agile. "For me, the biggest thing is to get executives to understand their role in an Agile environment. There's a misconception that you can slap Agile on an IT organization, but nothing has to change above that. It's a mindset more than a methodology," Garza said.

Leading From the Top

Garza pointed out that there is a fundamental difference between leaders and executives. "Leadership is not a title. Everyone has the opportunity to be an Agile leader," he said. "Real leaders are able to move people with them. You have to ask what it is that will help the organization change. That's what you need to do to find the win for the executives."

Leadership from the top was critical to Compuware's shift to Agile, according to Rizzo. "Looking back at the last 18 months, the biggest things have been executive management support. If it doesn't start at the top, it's not going to happen," he said. "Customers ask me how I got the support, so they know that having the support and the vision to know where you want to go is key and helpful."

For O'Malley, the support for Agile came from a deep sense that there was no other choice if the company was going to succeed, or even survive. "Larger enterprises are used to surviving in a world where they're in a state of managed decline. They don't understand what it takes to be a success," he said. He contrasted that mindset to the one that he's worked to establish in his company.

"April 1st will be our 6th quarterly drop. Before that we hadn't delivered a product since 1995," O'Malley said. The six quarters have come, he said, from a combination of a new discipline and pushing employees to find a new pace. "You'd be naive to think that we're doing that if we're not working hard. It's hard and it's relentless. It just never stops," he said. "Some people ask me if we can take a quarter off. You deliver a drop and the next day you're back in the saddle."

The relentless pace of the Agile discipline is something that O'Malley recognized and made a conscious choice to embrace. "We could certainly take a quarter off. You can take a rest. We could work at a leisurely pace, but then always live under the threat that we'll have to let people go as part of the process of managed decline," he said. "I've said that I'm not going to do that. I'm going to choose hard work and success and not manage the decline."

Garza said that, even with support and leadership from executives, having a department that can demonstrate Agile success can be critical. "We used IT very liberally as a proof point for taking an Agile approach. I'd have someone from another department and the first thing I'd do is bring them down to the scrum." 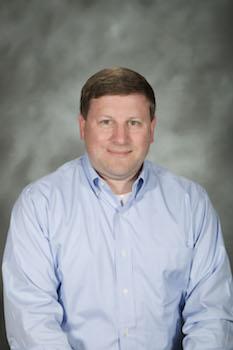 Justin Segal, founder of Stemmons Enterprise, a platform for real estate investment and management systems, spoke on the panel with Garza. He agreed that starting in one department and growing through its success can be critical. "It started with the invitation. I started treating it like an open party and going to everyone who exhibited any interest and inviting them to the scrum. You get into the conscious creation of culture and evangelists," he said, pointing out that individuals who accepted the invitation and became evangelists have seen their careers expand and grow in the company.

Segal said that there are very pragmatic reasons for IT to embrace the role of Agile pioneers and evangelists. "IT pros are standing on top of a $100 bill. The opportunity is there to pick it up and carry it into the organization," he said. "The conversation is changing quickly. If someone from marketing or sales, someone who wants to focus on self-promotion, finds that bill, they'll be the ones carrying it into the board room."

Regardless of who helps executives lead the company in an Agile direction, the journey is going to require work, said O'Malley. "I'm trying to get people used to what success looks like," he said. "We're nearly through that process, but even now it's hard. I'd love for someone to show me the pixie dust that lets us succeed without the hard work."

Curtis Franklin Jr. is Senior Editor at Dark Reading. In this role he focuses on product and technology coverage for the publication. In addition he works on audio and video programming for Dark Reading and contributes to activities at Interop ITX, Black Hat, INsecurity, and ... View Full Bio
We welcome your comments on this topic on our social media channels, or [contact us directly] with questions about the site.
Comment  |
Email This  |
Print  |
RSS
More Insights
Webcasts
People Are The Most Important Part of Autonomous SOC
Don't Miss This Cybersecurity Virtual Event
More Webcasts
White Papers
How to Build Your Incident Response Plan
Anatomy of a Modern Phishing Attack
More White Papers
Reports
Gartner Market Guide for Insider Risk Management Solutions
How IT Security Organizations are Attacking the Cybersecurity Problem
More Reports

Buisness agillity is becoming a pillar in today's businesses. Innovation and agility are two fundamental things that go hand in hand with leadership. I liked what was noted about the difference between being a leader and being an executive. Not every executive has what it's needed to be a leader. Very nice article, Curt. -Susan
Reply  |  Post Message  |  Messages List  |  Start a Board

This is an interesting article. And Yes I agree that it is not limited to IT any more. In my organization even the HR uses the same concept with certain changes. However it has the concept.
Reply  |  Post Message  |  Messages List  |  Start a Board
Editors' Choice
Hot Topics