Breaking the Code: When Everyone Can Create Technology - InformationWeek

We are heading toward a new digital world where low-code or no-code platforms will enable anyone to assemble applications.

The pace of change in the digital world is enough to make anyone’s head spin. The rush for businesses and governments to add what’s new and what’s next to the ever-expanding technological surface area of their organizations has put significant pressure on the skills required to do that work.

Today, all this activity takes place in a world where IT is still mostly run by IT experts, who work in IT departments, managed by IT leaders, who buy IT offerings with checks written by CIOs. With limited resources, that can mean serious bottlenecks and productivity losses. But, what if there were a way to get more people on the problem? This is, after all, what much of the STEM movement is about.

Fast forward to a new digital world that’s on its way – a world where low-code or no-code platforms will eventually enable anyone to assemble applications, regardless of their level of technical expertise.

Think back to the revolution that was the graphical user interface popularized by Mac and Windows.  For the first time, you didn’t have to know about the intricacies of programs or operating systems; you could focus more on getting things done.  Through its iOS interface, the iPhone extended this shift toward accessibility and usability of technology.  The next step is in the development of technology itself.  Today, advances in machine learning and AI are driving increasingly sophisticated and intelligent approaches to building code.

This will change everything.  From bringing new perspectives and greater diversity and creativity into the global technology mix, to shaking up the foundations of how IT has been managed until now – the massive upside of this kind of technology democratization could unleash a wave of innovation in business and government.

[See what Otto Berkes had to say during his Interop ITX 2017 keynote address in CA Leader: Don't Let Legacy Hold You Back.]

.Gone are the days where internal IT departments managed siloed IT implementations with internal clients such as HR, Finance and Marketing.  The new digital world is driven by applications that deliver value, and in the process,  generate actionable insights and act to improve the customer experience on a daily – if not hourly – basis. In the digital world, the most meaningful feedback loop is now the one that you have with your customer or citizen.

We’ve seen these kinds of capabilities creep up on us in a variety of ways.  It used to be you had to get a web designer to create your own website.  Today, intuitive, off-the-shelf offerings allow you to create a spectacular website in minutes.

We are entering a world where software programs with many millions of lines of code are not unusual.  Increasingly, we write code in combination with existing layers of code, and it’s becoming much harder to test and debug software systems end-to-end. The reality is that code has always depended on other code – the earliest mainframe programs depended on the underlying operating system software.  This trend will only accelerate, and even in the most complex of applications, we will be increasingly assembling code from existing blocks rather than staring at a text editor and working on a monolithic program from start to finish.

There are important implications to this shift in how software will be written in the future.

First, there are new security risks with introducing black boxes of code.  How do we verify those code blocks don’t include existing vulnerabilities from some hacker’s Pandora’s Box?  Over the past years, we’ve seen how a range of viruses, malware, Trojan attacks, and ransomware -- from MyDoom and ILOVEYOU to Cryptolocker and last year’s WannaCry and Equifax breach – can bring individuals and businesses to a grinding halt and cost billions of dollars in damages.

Second, what replaces the traditional IT department and their age-old role of controlling technology in the enterprise?  Organizations like to believe that innovation can come from anywhere, but the truth is that IT experts have had technology locked down for decades due to the actual skills required to work in the field, and also because the language and culture of IT have served to make technology inaccessible to many outside the IT department.

Third, as we look at the skilling issues and shortages of many STEM skills around the world, are we looking at an unusual instance where, perhaps, technologists will have invented themselves out of a job?  How will the workplace enable and absorb these new “citizen-developers” that plug and play code blocks will create?

There’s no question that a democratization of IT may hold part of the answer to the skills shortage.  Put simply, if new and easily accessible technologies make it easier for anyone to use technology to create business value, then some of the pressure for technical talent may ease.  The need for coders won’t go away, but this new order may release pent-up productivity gains by enabling non-technologists not only to bring their ideas to the table, but act on them too. 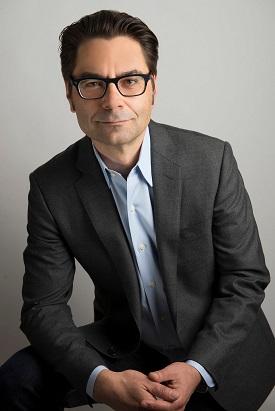 A 25-year industry veteran, Otto Berkes is passionate about innovation, development and leadership. An early champion of mobile computing, Otto led the development of touch-based technologies, user interfaces, hardware architectures and physical designs that inspired today’s tablets. Notably, he was one of the inventors of the first Xbox. He was also responsible for the development of HBO Go, an early pioneer in inspiring the way media is consumed today.

The InformationWeek community brings together IT practitioners and industry experts with IT advice, education, and opinions. We strive to highlight technology executives and subject matter experts and use their knowledge and experiences to help our audience of IT ... View Full Bio
We welcome your comments on this topic on our social media channels, or [contact us directly] with questions about the site.
Comment  |
Email This  |
Print  |
RSS
More Insights
Webcasts
Key technology trends in 2021 - Making these technologies work for your business
Cybersecurity's Next Wave: What You Should Know
More Webcasts
White Papers
Why Add Security to Your Skill Set and How to Do It
Enabling Enterprise Resiliency Through Cyberthreat Detection
More White Papers
Reports
The State of Cloud Computing - Fall 2020
DNS Network Traffic Volumes During the 2020 Pandemic
More Reports