Net-A-Porter didn't know how much money it was leaving on the table when the Web site failed to keep up with traffic. New microservices captured it.

Luxury fashion might seem to be an unlikely space to suffer from sudden onslaughts of high traffic, given the non-mass marketing approach that luxury by definition implies. If millions of consumers are involved, then how luxurious can it be?

But the IT staff at Net-A-Porter, a 17-year-old, online retailer of luxury fashion, has found out otherwise. As its following has grown, the London-based firm has found its web site will undergo surges in traffic as it stages sales or specials through the year and on big retailing holidays, such as Black Friday or Cyber Monday.

The Net-A-Porter site normally copes with 70,000 concurrent shoppers, according to figures released in 2014.

When stylish, high-priced goods go on sale, the traffic will surge to 10 times that amount after sale emails and social media notices go out. That may be because Net-A-Porter fashions and prices are "legendary," and the firm doesn't build up "a huge amount of stock," said Robin Glen, lead developer for in-season product, in an interview with InformationWeek. Shoppers try to get the goods while they can, and that usually means in the first six hours of a sale.

"It's a sudden hit, really aggressive demand," he noted.

Want to learn more about how a migration into the cloud can change the business? See Enel Moves Onto Amazon To Implement New Utility Strategy.

For years, Net-A-Porter didn't know as a company what it's peak potential traffic was because its large, monolithic Java web site application would choke each time the deluge hit. Without large amounts of stock to move, no one took its slowdowns as a business-critical issue until business managers started thinking about the amount of money being left on the table.

"We had never managed to hold onto all the traffic. We had no idea how high it would go," Glen said, which was a drawback when it came to revamping the application. What peak load should they design for? 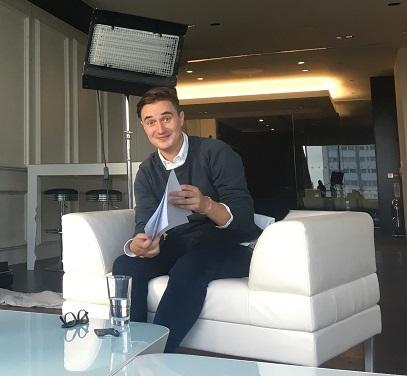 In 2012, one of the busiest parts of the customer-facing application was split out as a microservice, recast in high speed, server-side Node.js code and relaunched on a load-balanced cluster on Amazon Web Services. Most of the time, a small number of virtual CPUs can handle the traffic there. When traffic spikes, AWS automatically launches up to three times the usual number of servers to handle the demand, said Glen.

The first part of the application that was broken out was the list catalogue, where a large set of product listings, product images, product filters and interactive elements of the Web site are presented to end users as part of their initial search for what they want. As the search would become more specific, the customer got switched back into the main London data center for further interactions and, hopefully, a final transaction.

The move took so much of the strain off the Java application that the IT staff began to periodically break out another part of the application as a microservice and move it into AWS. Glen now counts 10 microservices at work in the cloud, with more to follow.

Eventually, all parts of the Java application will be replaced by Node.js, but not all parts will be placed in the cloud. The back-end services dealing with customer information and privacy-sensitive information will remain in-house.

Even more important than the site performance gains, said Glen, was the development staff's change in how it was looking at how their code can affect the business. The staff adopted an agile development approach long before it considered splitting out parts of the application as microservices. But even with agile, an application update would take a minimum of six weeks to produce the code, test it and roll it out into production.

With microservices, a much smaller segment of the code needs to be tested at one time and much of that testing has been automated. "When I started here six-and-a-half years ago, it was a six week release cycle. Now we can do 5-6 changes a day," which keeps Net-A-Porter sales in step with the marketplace and gives IT the chance to quickly correct bugs and glitches.

There are many skilled JavaScript developers available to hire, and Glen finds it straightforward to transform them into Node.js programmers. In a time when the nature of the consumer device may change every few years, he finds it wise to make use of a flexible, frequently changing approach to business applications.

"We find it best not to lock in code for a long period. Because of the ever-changing nature of the market, it's best not to regard the thing you're building as so precious," he observed.

And he adds another lesson: "Don't be afraid to fail on a development project, but fail fast." It's a different world from when Net-A-Porter built its monolithic Java application for the Web site.

But it's a different world in fashion as well. Net-A-Porter's name is a play on the French phrase, pret-a-porter, that means "designer clothes produced ready to wear" as opposed to clothes that are custom fit. (Founder Natalie Massenet originally wanted to name it, What's New, Pussycat? but was dissuaded by her attorney.) If luxury items move quickly off the rack, it's best that the 400-500 programmers behind that rack be nimble as well.

The firm was founded by Massenet in 2000, with the Swiss firm, Richemont, acquiring a minority share in 2010. Massenet remained as a stockholder and executive chairwoman. It was valued at $533 million at the time and four years later was valued at $3.4 billion. The firm produces a fashion magazine, Porter, six times a year with clickable items for sale featured in the digital version. It also offers a Mr. Porter fashion site for men.

In 2015, Net-A-Porter merged with Internet fashion retailer Yoox Group to become the Yoox Net-A-Porter Group. In 2016, the group opened a TechHub in London with 1,000 IT staff located in the UK and Italy. The group's combined 2016 revenues amounted to 1.9 billion pounds.

Charles Babcock is an editor-at-large for InformationWeek and author of Management Strategies for the Cloud Revolution, a McGraw-Hill book. He is the former editor-in-chief of Digital News, former software editor of Computerworld and former technology editor of Interactive ... View Full Bio
We welcome your comments on this topic on our social media channels, or [contact us directly] with questions about the site.
Comment  |
Email This  |
Print  |
RSS
More Insights
Webcasts
Zero Trust for a Work-From Home World
Detecting and Preventing Insider Data Leaks
More Webcasts
White Papers
Sunburst: Impact and Timeline
Building the SOC of the Future
More White Papers
Reports
Protection Strategies for a Cyber-Resilient Organization
2020 State of Cybersecurity Operations and Incident Response
More Reports