0%
Tweet
A new report from McKinsey finds that the market for IoT could reach $11 trillion by 2025. This means a sea change for IT, as well as the CIOs who have to manage budgets.

While there's been a lot of argument over how the Internet of Things will work -- issues ranging from data privacy, to security, to the eventual role of artificial intelligence in our daily lives -- the real economic impact of these technologies remains somewhat elusive.

However, a new report from McKinsey & Company's Global Institute is trying to put a real dollar amount to the global IoT market. In the report's estimation, IoT has the potential to be worth between $3.9 and $11.1 trillion by 2025.

On the top end, that means IoT has the potential to represent just about 11% of the world's economy. The McKinsey study: "The Internet of Things: Mapping the Value beyond the Hype," is a market-focused report, rather than a strictly technical one. Although the IoT concept is so muddied right now, there are several valuable insights in it.

First, the report -- released June 29 -- tries to define what IoT really means, a task that many other have tried, but no one has really agreed to.

The authors define overall IoT as digitizing the physical world, which seems reasonable. They also exclude systems in which all of the sensors' primary purpose is to receive intentional human input, such as smartphone apps, where data input comes primarily through a touchscreen or other networked computer software where the sensors consist of the standard keyboard and mouse. 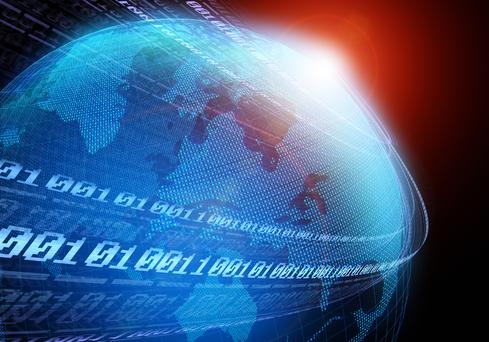 As the report states: "Our central finding is that the hype may actually understate the full potential of the Internet of Things -- but that capturing the maximum benefits will require an understanding of where real value can be created and successfully addressing a set of systems issues, including interoperability."

So, they profess that IoT shows lots of potential but needs to be engineered to show any true value.

The report also uses a different formula rather than the usual methodology.

It uses bottom-up economic modeling to estimate the economic impact of IoT by the potential benefits it can generate. This includes productivity improvements, time savings, and improved asset utilization, as well as an approximate economic value for reduced disease, accidents, and deaths. The authors admit the estimates of potential value are not equivalent to industry revenue or GDP, because they include value captured by customers and consumers.

The report concludes with nine different scenarios, along with estimated segment valuations:

Vehicles: Autonomous vehicles and condition-based maintenance, with an estimated value of $210 to $740 billion

Outside: Logistics and navigation: $560 billion to $850 billion

Worksites: Operations optimization, as well as health and safety: $160 billion to $930 billion

The question then is: What does the IoT market mean for IT and for the CIOs who will have to plan corporate strategies around technology that could be worth trillions in just 10 years' time?

[Read about the IoT skills you need.]

The report sees IoT as giving rise to opportunities that can transform existing business models through predictive maintenance, better asset utilization, and higher productivity. The authors also think that new business models will arise, such as remote monitoring, that will enable anything-as-a-service.

In its summary, the report offers a couple of specifics to which IT and CIOs should pay attention. One is that most of the data collected by IoT devices today is not used, and what data is collected is not fully exploited. In addition – and this is important -- B2B applications have much greater potential than consumer ones, meaning IoT is an enterprise application in many ways.

Larry Loeb has written for many of the last century's major "dead tree" computer magazines, having been, among other things, a consulting editor for BYTE magazine and senior editor for the launch of WebWeek. He has written a book on the Secure Electronic Transaction Internet ... View Full Bio
We welcome your comments on this topic on our social media channels, or [contact us directly] with questions about the site.
Comment  |
Email This  |
Print  |
RSS
More Insights
Webcasts
Edge Computing: An IT Platform for the New Enterprise
Network Security: The Attacker's Point of View
More Webcasts
White Papers
2020 Gartner Market Guide for Network Detection & Response
How You Can Evaluate Your Org's Cybersecurity Readiness
More White Papers
Reports
How IT Security Organizations are Attacking the Cybersecurity Problem
Special Report: The Changing Face of Threat Intelligence
More Reports

oh, I remember about Cisco. Very much so.

And not fondly. Glad to see the CEO get booted
Reply  |  Post Message  |  Messages List  |  Start a Board

> The 50-billion-by-2020 figure is synonymous with their name and their brand now --
> so imagine the egg on the company's corporate face if that figure winds up being a
> significant overestimation.

After five years in 2020, would people remember what Cisco said seven years back?

Do we remember what Cisco predicted for 2015?

A whole lot of Marketing rests on people forgetting what Marketeers said in the last campaign; or what the brand position was till a few years back.
Reply  |  Post Message  |  Messages List  |  Start a Board

Consultants do make rosy estimates. 110% agreed. But the good thing is that this report specifies ranges. So its upto the organizations as to which outlook they'd like to pick: optimistic, mean or pessimistic. This in many ways
is much better than having a single number.

However, the ranges are too broad in some categories. For example, Health category:

While I totally agree that a healthy dose of skepticism is warranted here, it's worth noting that Cisco has placed a LOT of chips in this basket.  The 50-billion-by-2020 figure is synonymous with their name and their brand now -- so imagine the egg on the company's corporate face if that figure winds up being a significant overestimation.

The fact that they -- and the rest of the industry -- are pressing full steam ahead with that figure says something about their confidence, at the very least.
Reply  |  Post Message  |  Messages List  |  Start a Board

They sure aren't ready right now.

All off these projections about connected devices that companies like Cisco keep throwing at us...They are less prognostication and more marketing -- betting on a self-fulfilling prophecy.
Reply  |  Post Message  |  Messages List  |  Start a Board

I'm the type to be skeptical of market forecasts to begin with - even still, there appears to be a little more than usual to be skeptical about here. Cisco's estimations of up to 50 billion or more connected devices by 2020 always seemed a little high to me, and these numbers do too. Both may be for the same reason - they're a little broad on their definition of what to call an IoT device - "digitizing the physical world" could be just about anything. Looking at McKinsey & Company's breakdown, they include things like self-driving cars and 'navigation', which to me says GPS. I don't think IoT should refer strictly to sensors, and no doubt there are connected sensors involved in those applications, but if they're filing all the value there under 'IoT', I think that's a mistake.

It's not just being over-inclusive, either; for retail, they only listed automated checkout, which definitely stands to be improved thanks to IoT and mobile in the coming years - but that leaves out things like digital signage (which is expected to be over $20 billion soon) and connected sensors in the stores that will help drive sales, connect customers, and streamline maintenance. The interplay between these things is exactly what makes IoT valuable, so it seems weird to exclude them. Meanwhile, I wonder how accurate any 'health and wellness' dollar value estimates can really be, and whether overlapping data was properly accounted for across sectors ("cities"/"worksites", etc.). I have no doubt that tons of work went into this report, and tons of value will be derived from most of what's here, but ultimately, $3.9 trillion to $11 trillion seems like a bit much of a gap to be drawing any conclusions from today.
Reply  |  Post Message  |  Messages List  |  Start a Board

So very,very true. Backends are going to fail in new and interesting ways, I think.

Just compressing data streams may not help, becuase you have to spend the mahcine cycles to uncompress it on the fly. It may well be that the net will generate a pseudo-DDoS on nodes from just not being able to process the data.
Reply  |  Post Message  |  Messages List  |  Start a Board

Excellent point. I worry that the back end systems won't be able to handle the traffic increase.  We're already seeing more data being consumed by people, but now to have tons of data created by non-living endpoints, and I worry that the legacy systems just won't be able to keep up with the throughput.  Unless we figure out some way to compress this type of data to help reduce latency, perhaps build in some security protocols at the same time, it's going to become a huge problem before we see significant returns.
Reply  |  Post Message  |  Messages List  |  Start a Board

"ThingWorx anticipates that in ten years, there will be a trillion connected devices (and, for that matter, over half a billion apps to support those devices and justify their value)."

@Joe: This does lead to the question as to whether the systems in place (network, infrastructure, IP management etc) are capable enough to handle such a load. In case they're not then that becomes a huge bottleneck and can massively restrict IoT growth.
Reply  |  Post Message  |  Messages List  |  Start a Board

"Many IoT devices still, unfortunately, are based on outdated embedded systems with connectivity patchworked in, making them highly vulnerable -- and we see this even in industrial SCADA systems."

@Joe: I don't think IoT-readiness has actually been worked upon by the companies or the organizations controlling the standards. This does make them vulnerable in terms if security and unfortunately there isn't a short term solution for this.
Reply  |  Post Message  |  Messages List  |  Start a Board
Page 1 / 2   >   >>
Editors' Choice
Hot Topics