How to Accelerate Digital Transformation with a CDO - InformationWeek

In many digital transformation stories, it's the IT organization that lays the foundation for change. After all, you are moving from manual processes to digital ones. You are changing your customer-facing organization to one that includes a digital model, too. Digital operations are the underpinning of the IT organization. Your IT leaders are your experts in technology.

But for some organizations, the move from the old way of doing things to the new way of doing them may be faster and more revolutionary if you bring a new set of eyes and ideas to the challenge. IT can be heavily focused on providing help desk services and maintenance, so maybe it's a stretch to ask some organizations like that to lead a transformation that's changing the way business is done. In those cases, it may make sense to take a different road to digitalization. 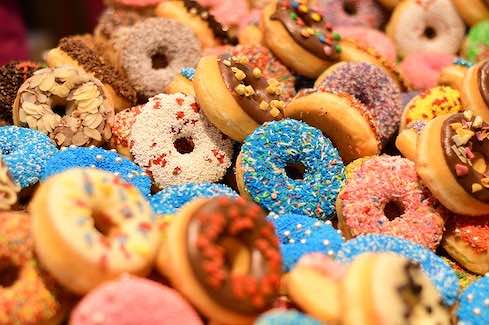 That's just what $1.73 billion family-owned, privately held bakery ingredient food distributor Dawn Foods did when the Jackson, Michigan-based company decided the path to the future could be upgraded to a high-speed road if the company hired a chief digital officer to focus on an ecommerce project and fund a team to get the job done.

In Dawn Food's case that chief digital officer is Bob Howland, a Boston-based tech and business pro who had led similar initiatives for a series of companies over the years. Howland officially joined Dawn Foods in February 2019, hired by an executive team that he said had decided to pivot from a traditional way of taking orders -- sales reps visiting bakeries -- to something more akin to how ecommerce customers place orders today.

"The primary way orders were taken was face-to-face," Howland told InformationWeek. "What we find over time is that doesn't align with how bakers think about business or how customers think about shopping. Jeff Bezos doesn't come to your house to take your Amazon order," he said. 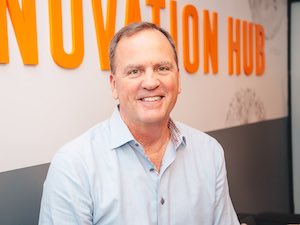 The world has changed, the way people shop has changed, but the commercial baking ingredient  business has not gotten to that point yet, according to Howland.

"We think of things we need while we are in the shower and add a note to our phones."

It's that vision of modern digital business that led Dawn Foods to create the role of CDO, reporting to the CEO, as a separate and entirely different role from IT. The CIO of Dawn Foods is based in the midwest and reports to the CFO.

Howland told the executive team he could have the ecommerce site up and running, enabling customers to place orders digitally, within 6 months -- by June 2019. That was when the pilot site was launched.

To do it Dawn Foods created a digital innovation hub in Boston to draw on the tech talent pool there, and Howland hired a team of ecommerce pros to build the site using a framework called MACH. MACH is an acronym that stands for Microservices-based, API-first, Cloud, and Headless. Howland said this is a modular, flexible approach to building an ecommerce site.

"Within ecommerce [commercial products] most solutions bundle back and front end but none of them are good at both," he said. This system built with the MACH foundation gives Dawn Foods the flexibility to, for instance, move to a different content management system if the company decides to move. That's why Dawn Foods chose to put together a solution using technology from a number of vendors, or partners as Howland calls them, to create the stack that the company now uses. Rather than going with giants like Amazon or IBM, Dawn Foods is going with a lineup of partners that are small enough that they are looking for Dawn Foods' input on their technology roadmaps. But they are not startups, either.

Welcome to the 'snacking economy'

"These are all robust businesses with hundreds of customers," Howland said. He said they launched the site ahead of schedule, under budget, and delivered with more scope than they had initially planned. Still this was the pilot program.

The bigger challenges came on the business model side, Howland said. For instance, according to Howland, the company never had a centralized product catalog and pricing, so that was something that needed to be created. For the project's back end, Howland was no longer building from scratch. Instead he had to link into existing systems, and sometimes the team ran into trouble.

For instance, "the back end of the ERP didn't have something that we all thought they had," Howland said. That part of the project linking back into the company's existing systems is ongoing. The project moved from the pilot phase to the commercial site in July 2020.

"That was a massive change management project," Howland said. "We launched in June 2019, but that doesn't mean that everything in the back end was working the way we designed it. We will continue to evolve and expand over time."

To do that required working with the IT organization and the company's existing ERP implementation and commerce platform. The digital team and the IT team needed to forge a strong working relationship. Howland said that there are two people on the IT team that have a dotted line reporting to him, and they remain in the Michigan office.

Improving the ecommerce site and the links to backend systems is the Boston team's ongoing project for the foreseeable future, Howland said.

Howland said that the coronavirus did have an impact on the business because so many of the company's bakery customers were closed.

While the business has changed due to the pandemic, the company is not currently contemplating changing its business model to enter new markets such as the consumer market. The closest it may come is selling it's larger ingredient bags in smaller sizes as bakeries need less in the current environment.

Still, there's one constant, whether there's COVID-19 or not.

"Donuts have been consistent," Howland said. "We are in more of a snacking economy. But not one of celebrations."

For more on digital transformation, read:

How to Fail: Digital Transformation Mistakes

Jessica Davis is a Senior Editor at InformationWeek. She covers enterprise IT leadership, careers, artificial intelligence, data and analytics, and enterprise software. She has spent a career covering the intersection of business and technology. Follow her on twitter: ... View Full Bio
We welcome your comments on this topic on our social media channels, or [contact us directly] with questions about the site.
Comment  |
Email This  |
Print  |
RSS
More Insights
Webcasts
People Are The Most Important Part of Autonomous SOC
Don't Miss This Cybersecurity Virtual Event
More Webcasts
White Papers
How to Build Your Incident Response Plan
Anatomy of a Modern Phishing Attack
More White Papers
Reports
Gartner Market Guide for Insider Risk Management Solutions
How IT Security Organizations are Attacking the Cybersecurity Problem
More Reports