CIOs Face Budget Choices Thanks To Strong US Dollar - InformationWeek

A strong US dollar means that hardware and software pricing are going to rise. Garter is advising CIOs to be prepared for some sticker shock.

Anyone following the financial markets over the last few weeks has seen rapid falls in European currency, as well as the weakening of the Chinese market. For CIOs in the United States, as well as overseas, this means that the cost of IT is about to change, which means danger as the year slips toward budget time.

With worldwide currency in mind, Gartner issued a report this week on the effects that the drop in the euro -- as well as other global currencies such as the Chinese yuan or the Japanese yen -- against the US dollar will have on CIOs.

The Aug. 11 report: "Building IT Infrastructure on a Euro Budget -- Why Your Servers, Software, and Services Will Cost More," looks at the changes that have occurred in the IT market over the last year.

In the second half of 2014, the euro, yen, and Brazilian real dropped about 10% relative to the dollar. In January 2015, these currencies dropped another 10%. Gartner assumes that this drop of about 20% will hold through at least the end of 2016. It notes that this assumption is consistent with the guidance expressed in earnings statements, and it aligns with future currency forecasts from IHS Economics & Country Risk.

This means CIOs will see prices for any hardware equipment (like servers) increase by 20% or so. The hardware is priced in dollars, but sold locally in euros, which means more concern in Europe but something US-based executives should also watch. 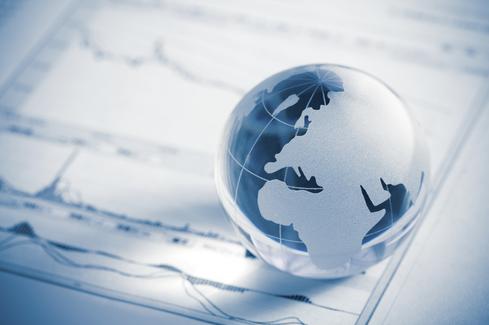 Gartner expects US-based software costs to increase by the same amount, for the same reasons.

The CIO will then need to choose one of two courses: Pay the increase and accept that prices have increased, or refuse the order and rethink why it was placed in the first place.

Martin Reynolds, a vice president for research at Garter who primarily wrote the report, noted that current downward revaluations of the Chinese yuan that have occurred just this week will have little effect on this situation.

"Because the Chinese cost of building a [commodity] PC is but a few tenths of a dollar on a $500 PC, that doesn't really make much difference," Reynolds told InformationWeek.

However, Reynolds said, enterprise-class desktops and laptops, along with business-grade servers "will cost you more euros if you want the product. Your supplier is not going to sell you the product at a loss. You can't get what you thought you were going to get a year ago for the same price. We saw server prices from Dell and HP increase in the first quarter by 30 to 40%."

It's not just hardware prices that will rise.

"Software vendors are slow about this," Reynolds said. "Microsoft announced two weeks ago that they were raising the prices for their products in Europe. That's seven months after the shift happened."

[Check out this InformationWeek discussion on why enterprise IT needs to act like a software startup.]

For CIOs faced with the dilemma of higher prices and budget concerns, Reynolds recommends that the hardware and software procurement teams work together to deal with this problem.

Reynolds thinks the situation may be in the middle of a revision. "In Q1 CIOs were paying the increased prices," he said. "But we are seeing a softness in the market in Q2 as the server market starts to dip. They are starting to get smarter about it."

Reynolds goes on to warn about the possible consequences of all of this. "If you just pay without any prioritization happening, you'll run out of budget at the end of the year. And nobody wants that to happen."

The fourth quarter of 2015 may prove to be a watershed moment. "If the CIO doesn't have the money for a project because he is over budget, it may get postponed until next year or cut. Q4 could be very much slower than everyone would like it to be," Reynolds added.

Larry Loeb has written for many of the last century's major "dead tree" computer magazines, having been, among other things, a consulting editor for BYTE magazine and senior editor for the launch of WebWeek. He has written a book on the Secure Electronic Transaction Internet ... View Full Bio
We welcome your comments on this topic on our social media channels, or [contact us directly] with questions about the site.
Comment  |
Email This  |
Print  |
RSS
More Insights
Webcasts
How the Rapid Shift to Remote Work Impacted IT Complexity and Post-Pandemic Security Priorities
Managing a Hybrid Cloud Infrastructure
More Webcasts
White Papers
Cybersecurity Expertise Retainer Datasheet
Accelerating SolarWinds Incident Response for Rapid Lateral Movement Detection
More White Papers
Reports
We Need Your Input: Trends in Workforce Optimization
Are We Cyber-Resilient? The Key Question Every Organization Must Answer
More Reports

Traveling to Paris will seem cheap.

If your export-dependent company hasn't laid you off.
Reply  |  Post Message  |  Messages List  |  Start a Board
InformationWeek Is Getting an Upgrade!