There's nothing like a provocative analyst prediction to get people talking. Several years ago, it was Gartner's prediction that marketing organizations will outspend IT organizations on technology by 2017. Not to be outdone, the provocateurs at IDC last week weighed in with their own headline-grabber: By 2020, chief digital officers (CDOs) will "supplant" 60% of CIOs at global companies "for the delivery of IT-enabled products and digital services."

In other words, most CIOs -- if the position still exists at their companies in five years -- will be relegated mostly to managing and securing infrastructure and applications, according to the IDC prediction, one of 10 that the research firm laid out as 2014 comes to a close. CDOs, meantime, will take on the more strategic (and fun) role of applying digital technologies -- mobile, cloud, analytics, social, robotics -- to boost revenue, maximize profits, and delight customers. CIOs = back office. CDOs = front office. It's 1989 all over again.

Here's my prediction: By 2020, chief digital officers will be yesterday's fad, joining the ranks of chief innovation, learning, and culture officers. Sure, a handful of them will still exist, but the CIO -- customer-focused and product-savvy -- will drive the corporate digital agenda in partnership with CEOs, CMOs, CFOs, and other business leaders. CIOs won't go back to being order-takers. "What good CIO would let that happen?" says Cathy Bessant, head of Bank of America's 100,000-person Global Technology and Operations unit, which includes six or seven CIOs.

Those CIOs who can't cut it as digital innovators and customer pleasers will go the way of CFOs who can't think outside of their spreadsheets and CMOs who can't move beyond direct-mail marketing and banner ads. That is, they'll lose their jobs because of their failure to keep up with the times and corporate priorities. 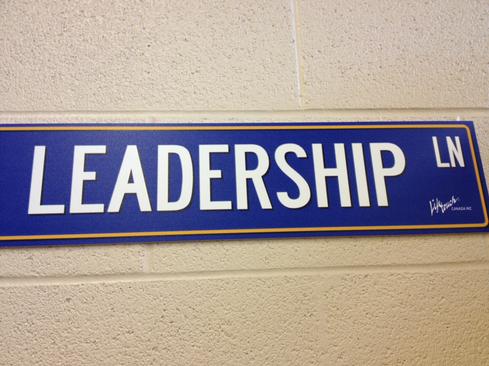 But that doesn't mean roughly 60% of current technology chiefs aren't up to the challenge of leading the next great technology movement. You can already size up the CIO of tomorrow by looking at the top CIOs of today -- the likes of Rob Carter at FedEx, Lynden Tennison at Union Pacific, John Halamka at Beth Israel Deaconess Medical Center, Karenann Terrell at Wal-Mart, and Gordon Wishon at Arizona State University -- all technically astute, customer-focused, business savvy. They're not MIS chiefs; they're strategists.

Getting to that level isn't a bridge too far even for CIOs who today may be spending too much of their time in the weeds. In a recent Gartner survey of more than 2,800 CIOs in 84 countries, 73% of respondents said they have changed their leadership style over the last three years, and 75% said they need to change their style over the next three years, to meet the demands of digital business. "The exciting news for CIOs," Gartner maintains, "is that despite the rise of roles such as the chief digital officer, they are not doomed to be an observer of the digital revolution."

Not only do most marketing-bred CDOs lack the technical expertise to lead the digital charge, but they also lack the project management experience, says Satya Ramaswamy, head of the Digital Enterprise unit of Tata Consultancy Services. "We are not seeing CIOs going away at all," Ramaswamy says. Especially at large scale, "digital reimagination," as he calls it, "is too complex for someone with a marketing background. There's so much going on the back end to drive the front." The two aren't separable.

Despite its optimism about the future role of the CIO, Gartner issued a warning: "Through both nature and nurture, CIOs have evolved into control-style pragmatic leaders," Gartner VP Graham Waller said in a statement. "Given the characteristics of the new digital era, this bias is dangerous. CIOs must invert their style to be more vision-led and inspirational."

Bank of America's Bessant, a former company CMO in her own right, says CIOs do need to adopt the mindset of "thinking digital first, digital by design."

"I can see the cultural revolution that we've got to have," she says. "But good/great technologists are awesome problem-solvers and have the ability to see the future. Shame on any CIO who can't see that coming."

Rob Preston currently serves as VP and editor in chief of InformationWeek, where he oversees the editorial content and direction of its various website, digital magazine, Webcast, live and virtual event, and other products. Rob has 25 years of experience in high-tech ... View Full Bio
We welcome your comments on this topic on our social media channels, or [contact us directly] with questions about the site.
Comment  |
Email This  |
Print  |
RSS
More Insights
Webcasts
What We Can Learn from Sports Analytics
Protecting Your Enterprise's Intellectual Property
More Webcasts
White Papers
Improving Your Enterprise's Protection With Cyber Resilience
Zero Trust Evaluation Guide
More White Papers
Reports
The State of Threat Detection and Response
The Malware Threat Landscape
More Reports

The title is meaningless and the role for CIOs is constantly evolving. Obviously innovation is becoming an even bigger part of the picture. Regardless, information and the ability to strategically manage the data leading to insights is crucial. According to a recent IDG SAS survey, there is an overwhelming lack of an end-to-end data management strategy, coming in at only 14 percent of respondents.   It's time to focus on strategic management after all its strategy that propels everything.

Good point, xerox203, about this not needing to be adversarial. It's the word "supplant" that I don't like. Perhaps there's a complementary role still for CDOs or other leaders with more customer-facing experience than the average CIO. But I don't like the implication that most companies will just shunt their CIOs into infrastructure and support roles.
Reply  |  Post Message  |  Messages List  |  Start a Board

I think the titles will play a little role in the end. These two are not there to annihilate the other one. However, in the eye of other C -suite people, one might appear bigger than the other one dependign on how the company operates. If it is customer focused , the CDo might enjoy some perks. If it is mostly internal business functions, it will be heavier of CIO side.
Reply  |  Post Message  |  Messages List  |  Start a Board

overall, I think this boils down to two basic components, and both of them are good news for today's CIO. Firstly, the obvious point being overlooked in all these predictions is that this is all going to vary from organization to organization. Now, you could say that about anything, but it seems particularly true in this case. This whole change is because technology now plays a bigger role in the business than it did fifteen years ago - but exactly what that means depends on who you are and what you're selling. So, your role as CIO might change, or it might not, and the extent will vary. Your business might or might not need a CDO, and if they do, it might be just fine for you.

That leads into my next point. This whole thing doesn't have to be adversarial. We're saying that a lot of these CDOs are coming up from marketing, but not all of them have to. If your company decides that 'digital' means 'customer-facing' and IT means 'internally-facing', then you might have some decisions to make. You could become the CDO. Alternatively, if you like your current role, you could stay as the CIO and recommend someone for CDO you think would make a great partner. It doesn't have to be someone coming in to steal your thunder.
Reply  |  Post Message  |  Messages List  |  Start a Board

Thanks Rob.  I have a list of my articles on myweb site by my full name.  I also rcently wrote a book entitled "The 9 1/2 Secrets of a Great It Organization-Don't Do IT Yourself."  Just in case you are intrested
Reply  |  Post Message  |  Messages List  |  Start a Board

Excellent, Paul. I just read your piece. I particularly liked this observation:

"Take the chief financial officer. I have yet to hear of a CFO becoming the chief mergers officer when the company contemplates its first merger or acquisition. The CFO's role changes to encompass some new duties but that officer remains in charge of finance. And I suspect that most CFOs would not appreciate a change in title every time their role was redefined."
Reply  |  Post Message  |  Messages List  |  Start a Board

I agree that the CDO title will fade like many other CXO flavor-of-the month titles. The digital reimagination of a business is too complex to hand over to someone who's come up through marketing. But the pragmatic CIOs of yesteryear will have to open up and be more customer-focused, and many may not have those skills in them. Versatility has never been more important in an IT leadership role, whatever the job title may be.
Reply  |  Post Message  |  Messages List  |  Start a Board

If a CDO supplants a CIO and is successful, I think you will find that person has some of the traditional CIO skills. In other words, in some organizations the top tech title may change, but that will be as much window dressing as substance. A CDO who is all sizzle and no steak won't succeed without a good CIO backing him up. A CDO who is focused on creating worthwhile digital products that the company either can sell or use to sell its other products more effectively will be a valuable asset -- but that takes more than alignment with the marketing organization.

Meanwhile, a CIO who is fast on his feet and seizes the new digital possibilities can make the creation of a new C-level title unnecessary.
Reply  |  Post Message  |  Messages List  |  Start a Board
Editors' Choice
Hot Topics