A new report from PageFair and Adobe finds ad blocking software will cost websites more than $21 billion in lost revenue this year, and that's only expected to increase in 2016.

Ad blocking software is convenient for users, but is starting to cost websites billions of dollars in lost revenue, according to a new report issued by PageFair, a Dublin-based consultancy that sells ad blocking solutions, and Adobe. The study illustrates how difficult it is to support the new web-based economy with traditional advertising methods.

The company's third annual report estimates that $21.8 billion in advertising revenues will be lost in 2015 due to ad blocking. In the United States, ad blocking costs were an estimated $5.8 billion in revenue in 2014, and that number is expected to jump to $10.7 billion this year and $20.3 billion in 2016.

Globally, the number of people using ad blocking software grew by 41% year-over-year, according to the report. As of June, there were 198 million monthly active users (MAUs) across the major browser extensions that block ads. 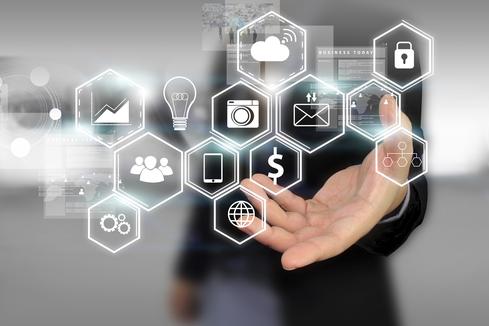 They also estimated that ad blocker usage in Europe grew by 35% during the past year, increasing to 77 million MAUs during the second quarter.

The report also found that blocking varied by the type of website visited.

The report noted: "The ease with which ad block extensions can be installed on Google Chrome, combined with the continuing shift of internet users to Chrome for browsing, are major drivers of ad block growth."

[Read about improvements to Chrome.]

The irony of this was not lost on them. As the report states: "It is well known that Google's primary business is in online advertising; ironically, Google's own browser appears to be bringing ad blocking to the masses."

Mobile browisng has yet to significantly affect ad blocking stats.

PageFair thinks this will change from a "very underdeveloped state" with the release of iOS 9 in the fall. Mobile Safari represents 52% of the mobile browsing market (and 14% of total web browsing). With support for ad block apps coming in iOS 9, they expect ad blocking on mobile Safari to trend toward the levels seen in the mobile version of Firefox (16% on Android) over the next year.

Larry Loeb has written for many of the last century's major "dead tree" computer magazines, having been, among other things, a consulting editor for BYTE magazine and senior editor for the launch of WebWeek. He has written a book on the Secure Electronic Transaction Internet ... View Full Bio
We welcome your comments on this topic on our social media channels, or [contact us directly] with questions about the site.
Comment  |
Email This  |
Print  |
RSS
More Insights
Webcasts
Defense and Response Against Insider Threats & User Errors
The Pesky Password Problem: Policies That Help You Gain the Upper Hand on the Bad Guys
More Webcasts
White Papers
5 Key Steps for Assessing Your Security Effectiveness
Are Unprotected Cloud Databases Leaking Your Data?
More White Papers
Reports
How IT Security Organizations are Attacking the Cybersecurity Problem
Email Security Threat Report 2020
More Reports

They exist because by auto-playing they can be shown to have some effect.

Marketers need numbers to justify their existence in the food chain.
Reply  |  Post Message  |  Messages List  |  Start a Board

True that. I've often wondered how many office internet surfers get busted by those randomly audio playing website advertisements. How they still exist boggles my mind.
Reply  |  Post Message  |  Messages List  |  Start a Board

The insterstitial ads on sites like Crackle or Snag dont seem to be affected in my experience.

I try to avoid being too preachy, but ad-blocking always seemed to me like such a petty thing to try and stick it to the man with. Video producers, bloggers, developers, and artists all make their living off of the ads on their sites and content, and it doesn't really cost you anything to view them. I would tell my friends who proudly ad-block everything 'don't you want them to be able to keep making more videos?'

That being said, I have come around in some cases and do use ad block for some services. Some video players don't remember your place correctly when they pause for an ad, so you miss minutes of video... and when you try and rewind, you have to watch the ad again! Sorry, not sorry for blocking that. I also don't need to see the same ad dozens of times. If I'm not buying a car this year, the same ad for the same car 30 times isn't going to change anything.
Reply  |  Post Message  |  Messages List  |  Start a Board

Honestly, as soon as an ad starts playing music I am usually off the page, but I guess it makes little difference as the website already has my impression by then?
Reply  |  Post Message  |  Messages List  |  Start a Board

Yes, you make that choice when asked politely.

It's not shoved down your throat like many ads are today.

The ad agency reports to the advertiser.

The advertiser has to take the responsibility.

I hope they learn the lesson here. They are making people angry.
Reply  |  Post Message  |  Messages List  |  Start a Board

I'm one of the 16.5% of the Oregonians who uses an ad blocker. I don't really miss any ad. I can live without them. Nonetheless, there a are a few websites that I need to disable it on a page or domain. The content on those pages are a must have for me. So, for what is worth, they ask me politely to do it, and I comply disabling the blocker.
Reply  |  Post Message  |  Messages List  |  Start a Board

The auto audio ads ... yes! Those are #1 on my list of most hated. They usually can be found on cheesey newspaper sites. Maybe they work because ads get credited with an engagement every time someone clicks, clicks, clicks to get the thing to mute. How else can they still be in favor? Who thinks they are a good idea? It's not even the advertiser's fault. It's their digital ad agency who has them drinking the kool-aid.
Reply  |  Post Message  |  Messages List  |  Start a Board
Page 1 / 4   >   >>
Editors' Choice
Hot Topics