9 Ways IT Can Ruin Its Relationship With The Business - InformationWeek

1 Comment
Comment Now
Aligning IT and business units sounds fantastic in theory. But when the rubber meets the road, IT leaders face unique challenges as they strive to engage and collaborate with business-side colleagues. InformationWeek surveyed 100 IT leaders about their biggest mistakes. Here's what they revealed about the ever-evolving relationship between business and IT. 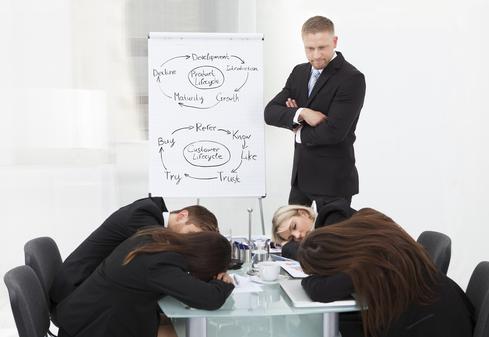 Too Much, Too Late

Communicating the value of a major IT project can be tricky. How often do you update business stakeholders? Is it ever best to wait until the end of a project before communicating business benefits?

The IT organization at a large healthcare organization learned the hard way that more communication is generally a good idea.

This organization was working with a single consultancy firm to implement an important new initiative. As part of the deployment plan, users were going to see several new capabilities delivered all at once at the end of a waterfall development effort.

However, this created an issue among users and project stakeholders, who were expecting to see value in increments throughout the process. According to the implementation plans laid out in advance with the consultancy firm, the value of the project was scheduled to be demonstrated several months after it started -- a lengthy time frame for the stakeholders.

The organization learned its lesson. All future initiatives have factored in the release of demonstrable value to internal customers in smaller increments, which allowed for business assimilation and readiness, as well for justifying the expenditure on the initiative.