The chaos made for some memorable and downright embarrassing moments, which, of course, had to happen while we were videoconferencing.

Many companies had a work-from-home policy before 2020, but a 100% remote workforce wasn't on the radar unless the company was virtual anyway. Thankfully, our IT superheroes raced to the rescue to ensure business continuity. With the help of our Justice League, our companies were able to achieve things we'd never imagined like serving customers in new ways that will help us in the long run. We'd also like to thank our beloved heroes for what you enabled for us personally, like working in our pajamas all day.

Some of us have been working from home for years, so 2020 was an extreme version of what we were doing anyway. Unlike the work-from-home newbies, we overcame the guilt trips we laid on ourselves about work-home balance some time ago. We still understand the self-inflicted guilt tripping, though: When you're working at home, you're ignoring home and family stuff and when you're doing home and family stuff, you're not working. It's enough to drive anyone crazy.

Being the smart people we work-from-home veterans are, we eventually reasoned that if we drew hard lines between work hours and off hours, we'd strike the perfect balance. Sounds simple, and it was until 2020 happened. Suddenly, our kids and spouses (or partners) were home all the time making work challenging at best and our pets just couldn't deal with it. As a data scientist said earlier this year, "It's wonderful and horrible all at the same time." Yet, the chaos made for some memorable, funny and downright embarrassing moments which, of course, had to happen while we were videoconferencing.

Following are a few things that happened to other people, some of which is very relatable.

Your Dog Wants to Be the Star of the Show 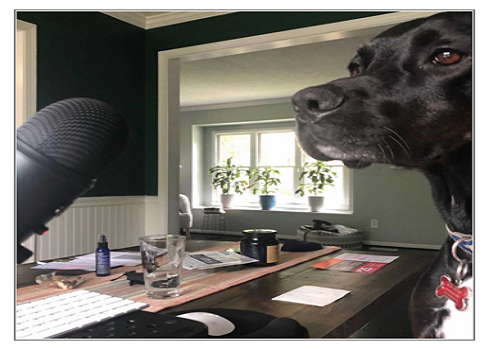 Anyone with a dog and anyone who's ever had a phone call or a videoconference with a dog owner knows that barks happen. Maybe another dog walked by the house or someone showed up at the door. People tend to accept the interruptions so long as they don't interfere with the videoconference for too long. But what should you do with Fido if you're recording a virtual event presentation?

Liz Beavers, head geek at IT management company SolarWinds, "opted to go against [her] better judgment" when she decided not to put her Boxer-Labrador, Blaze, in daycare. Like any loving dog parent, she figured he'd be well-behaved because she just needed to record a 30-minute presentation. Blaze behaved exactly as expected, at least for the first 20 minutes. Then, he may have wondered why Liz was the only family member worthy of celebrity status. Blaze jumped onto the dining room table, then hea­dbutted his way onto her lap so he could be on camera too. Hello everyone, I'm Blaze.

Shortly after making his video debut, the doorbell rang. It was the UPS guy delivering a package. Sweet Blaze morphed into Stephen King's Cujo and bolted to the door in defense mode, proving to the audience that he wasn't just another pretty face.

Why Normal People Should Fear IT Professionals 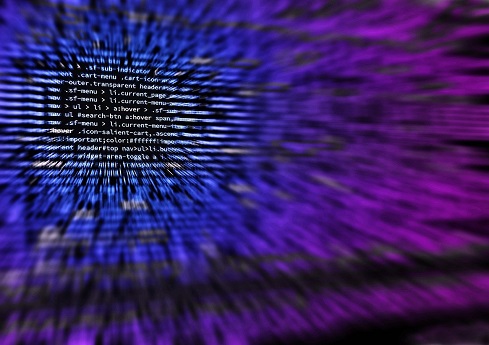 IT professionals are powerful people. If you don't believe it, ignore what they say and then explain it later to your superiors, lawyers or shareholders at whatever cost.

Gamified education company Unscrambled Words had a senior engineer who also managed DevOps. He had a good relationship with the CEO and others in the company, but the time had come for him to explore a new opportunity. One of the things he was a "stickler" about during his tenure was user management across company sites. He'd warned colleagues many times that they should always make sure to change permissions settings when the circumstances warranted it. However, when he left the company, business continued as it had before he was able to make his point.

About a month later, Unscrambled Words founder Neal Taparia discovered someone had "hacked" his email. Apparently, everyone on Taparia's team received a message from Taparia saying that he'd reconnected with the former IT employee who was "incredible," "amazing" and other wonderful things. In fact, thanks to Mr. Wonderful, the company would be instituting new security protocols. "It was his playful and somewhat shocking way of teaching us a lesson given our good relationship with him," Taparia said.

Revealing the ‘You’ They Never Knew 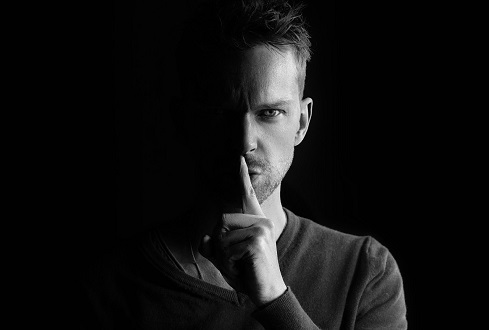 Everyone wants to keep certain things hidden from their colleagues and employers because they're just too private or embarrassing. At the onset of the pandemic, Quality Logo Products told all employees to take their work computers home, which made employee terminations and HR exit procedures more difficult. Naturally, the company began managing the computers remotely to address some of the issues.

As IT departments well know, when employees work from home (or in some cases at the office), their attention isn't always focused on the company's best interests. Thanks to the remote monitoring, Quality Logo Products discovered one of its employees had been visiting some dubious websites and informed the employee that they were being terminated. When the person tried to delete the sites from their browsing history, the company discovered the employee's odd fixations (which would shock most seasoned IT and security professionals). "Why someone would think it would be OK to do this on their work computer is beyond me, but now we monitor all remote computer usage," said Quality Logo Products co-founder and President Bret Bonnet.

Cats Do the Darndest Things 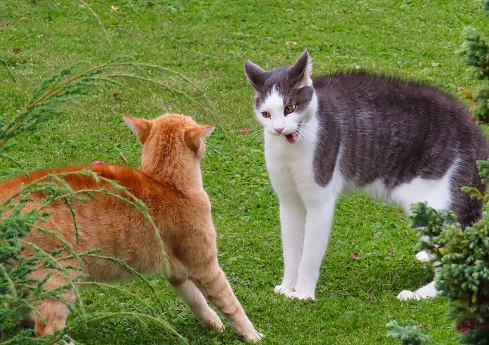 People seem to love or hate cats. Those who hate cats probably own a copy of 101 Uses for a Dead Cat. They may even buy extra copies for friends who have just adopted their first feline family member because real people like dogs.

Those who love cats accept a cat's individuality because frankly, humans have no say in the matter. But even cat lovers can get frustrated from time to time, especially when their cat(s) interfere with work. If there are important papers on the desk or dining room table, Fluffy will walk all over them and maybe even lie down. If you're referring to those important papers while using a computer, Fluffy will do whatever she does with the papers and use the keyboard as a paw massager. Either way, Fluffy is reminding you which of you belongs to the superior species.

Kris Fitzgerald, vice president and CTO at NTT DATA Services­­­­­­, was on a video call with her boss when her boss' two cats commandeered the call. "The cats were walking around the desk, around the PC, on the keyboard, in front of the camera. Suddenly, one swatted the other and the hissing and fight began." The call ended abruptly, then continued once the felines had settled their dispute. 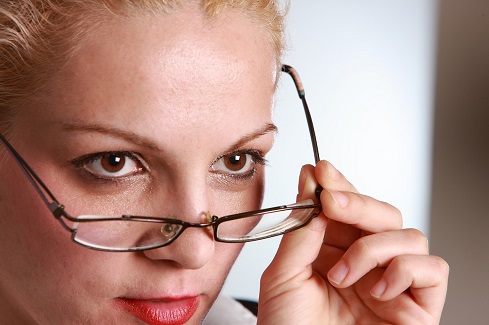 First impressions are important, but while working from home, few see more than just a headshot, so getting "the look" is easier. But what if there's no time to morph into the real you?

Two minutes before an important new business call, tech personality and entrepreneur Melissa Schreiber realized the international audio conference scheduled weeks before had been changed to a video call. "I had several videoconferences scheduled that day, but who's ready for video at 5 a.m., especially on such short notice?" said Schreiber. "I'm very particular about my appearance, and I think people have a certain expectation, but there was no time for my normal routine. That felt a bit freaky because I was a professional makeup artist before I ever got into tech, which isn't something I tell people. With less than 120 seconds to go, I painted my lips red and threw on pair of reading glasses because I could at least get that retro brainiac look." 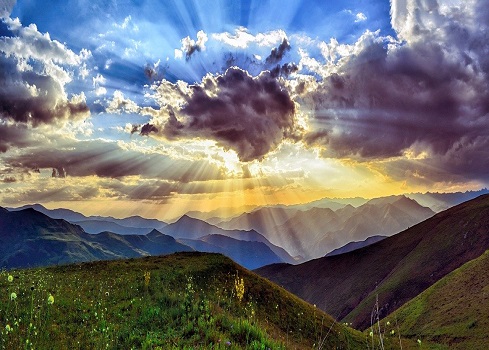 As if getting used to working home wasn't enough, now you must bring your co-workers into your home. That's fine for the wealthy exec sitting in his or her kitchen or dining room, which is both to-die-for and immaculate. Most people with a home office show a bookcase or some wall art, but what about the those who need professional organizing assistance and full-time housekeeper?

Zoom to the rescue! Now you, yes you, can appear like you're somewhere else. Just avoid sudden movements unless you like looking like a bad version of Max Headroom or The Matrix.

Thomas Fultz, CEO and founder of coffee information website Coffeeble, was on the other side of a background failure one day. Arguably, the acoustics in a closet can be better than anywhere else in the house, but who wants to see the inside of the average person's closet? Who wants to share the inside of their closet with co-workers? Arguably no one. "[The] moral of the story is only use a background if you are happy for people to see where you really are," said Fultz. 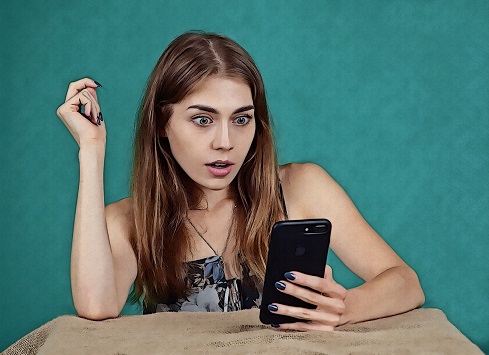 Part of being a maturing professional is knowing one's self, such as what our strengths and weaknesses are and how we appear to others. Thanks to the continued remote work situation, we can now be the people we've become half-dressed if we choose so long as we don't forget and stand up during a video call.

However, videoconferencing isn't just about physical appearances. As Mark Condon, CEO and founder of photographer community ShotKit learned the hard way, nuances can alter the way we are perceived.

One day, Condon was a speaker in a virtual presentation. Every time he moved, his chair made a noise loud enough to cause the app to focus on him. A few people tittered but Condon didn't think anything of it. After the third or fourth "squeak," people burst out laughing. "People [thought] I let one rip," said Condon. "I then had to explain myself and even move the chair about so people wouldn't think I was making it up. I now have a new chair."

The Halloween That Only Kinda Happened 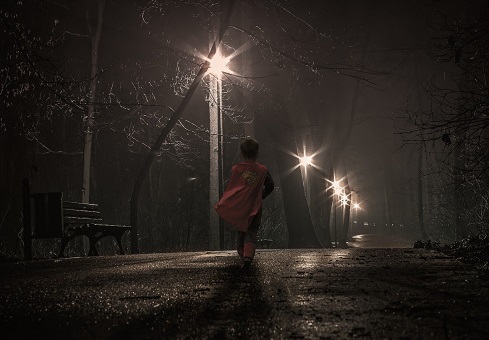 Not everyone is into Halloween, but for the rest of us, wearing a costume and amassing a giant bag of candy as a kid was way fun. Some of us continued our Halloween transformations into 20s and later. Some of us still have a prized Star Trek costume on hand just in case the Halloween spirit moves us.

2020 wasn't the kind of fun we remember. However, some of us dressed up our kids anyway just for fun. And sometimes, our little angels made cameo appearances on videoconferences because what was mom or dad up to anyway?

Grain startup founder Mike Adams' experienced exactly that when his infant crawled into his office dressed as a pumpkin. Who wouldn't think that was cute? Interestingly, his company Grain lets users "capture the moments that matter" from Zoom calls, which means like a selfie, you can take the raw file and edit it down to the most impactful piece.

Lisa Morgan is a freelance writer who covers big data and BI for InformationWeek. She has contributed articles, reports, and other types of content to various publications and sites ranging from SD Times to the Economist Intelligent Unit. Frequent areas of coverage include ... View Full Bio
We welcome your comments on this topic on our social media channels, or [contact us directly] with questions about the site.
Comment  |
Email This  |
Print  |
RSS
More Insights
Webcasts
What We Can Learn from Sports Analytics
ROI and Beyond for the Cloud
More Webcasts
White Papers
A Practical Guide to SASE Migration
Full Body Exposure: CybelAngel Analysis of Medical Data Leaks
More White Papers
Reports
The Malware Threat Landscape
Evolution of Ransomware Gangs
More Reports
Copyright © 2021 UBM Electronics, A UBM company, All rights reserved. Privacy Policy | Terms of Service