0 comments
Comment Now
Tweet
Nearly 100% of enterprises want to become more data-driven, but less than a third have accomplished that goal. A new survey sheds light on the reasons why.

In the NewVantage Partners Big Data Executive Survey 2018, a full 98.6% of respondents said that their firms are actively working on creating a data-driven culture. That was a significant increase from the 85.5% who said the same thing in 2017. However, enterprises are experiencing decreasing levels of success in working toward their goal. While 37.1% of those surveyed in 2017 said they had achieved a data-driven culture, only 32.4% reported success in 2018.

When asked what was preventing them from becoming more data-driven, 48.5% of executives said the problem was related to the people in the firm, while 32% blamed processes and 19.1% pointed the finger at technology.

A separate report from analytics vendor Devo sheds more light on that topic. In a survey of 400 IT and business decision makers at large enterprises in the U.S. and Europe, 97% of respondents said that their organizations had room for improvement when it comes to being data-driven. More disturbingly, 88% of respondents said that they couldn't always access the data they needed to do their jobs.

Gartner Inc. research also finds that organizations are struggling with data. It said, “A worldwide survey of 196 organizations by Gartner showed that 91% of organizations have not yet reached a 'transformational' level of maturity in data and analytics, despite this area being a number one investment priority for CIOs in recent years.”

While business leaders want to become more data-driven, it’s not happening. The reasons why appear to be fairly complex, but the Devo survey turned up several issues that managers may be able to address. The following slides highlight 10 of these most common obstacles to becoming a data-driven enterprise.


Many organizations have invested in Hadoop-based systems to process their historical data. But while Hadoop is very good at handling batch workloads, organizations generally find that they need additional tools to analyze real-time or near-real-time data. As a result, many are ending up with two separate systems for big data analytics — one fast and one slower.

In fact, in the Devo survey, 74% of those surveyed said they had separate systems for handling real-time and historical data. Of those, a full 97% said that they had experienced problems as a result of this arrangement.

Ninety-three percent of those surveyed by Devo said that departments in their organization need more access to data. Clearly, data sharing isn’t happening on the scale that it should be. And while part of the problem may be related to processes and technology, people appear to be a big part of that problem.

Within an organization, data can be power — and people aren’t always willing to share that power. They also don’t always trust that people in other departments are going to use “their” data appropriately.

Obviously, leaders need to do some work in building trust and cooperation among different departments.

Closely related to the idea of data sharing is the concept of data ownership. In the survey, 86% of respondents said different departments in their organization had experienced conflict about the ownership of data.

The survey also asked participants whether they agreed or disagreed with the following statement: “I should have more involvement in the decision around who can access data in my organization.” Overall, 75% of respondents agree, and those who work in IT were particularly likely to want a larger role in data ownership. In fact, 79% of IT decision-makers and 81% of IT security decision-makers want to have more say in data ownership and access.

The next roadblock to becoming a data-driven enterprise is a familiar lament in enterprise IT: the existence of silos. For years, organizations invested in different systems and applications for different purposes, and those systems often have no way to communicate with each other.

In the report, 86% of those surveyed said their organization still had data silos. Of those 98% said the company “currently experiences challenges in being able to reduce data silos.”

For companies that want to become more data-driven, finding a way to eliminate those silos once and for all may provide one of the keys to success.

The more data you have, the harder it is to find what you need. Three quarters of those surveyed said that searching for the data they need to do their jobs is both challenging and time-consuming.

It’s not clear from the survey whether this roadblock arises because enterprises haven’t invested in search technology or because the search tools they have are not effective enough. In either case, this appears to be an area where the right technological solution could make a big difference. Many vendors are rolling out search tools, particularly those with artificial intelligence or machine learning capabilities, that may be able to solve this problem. 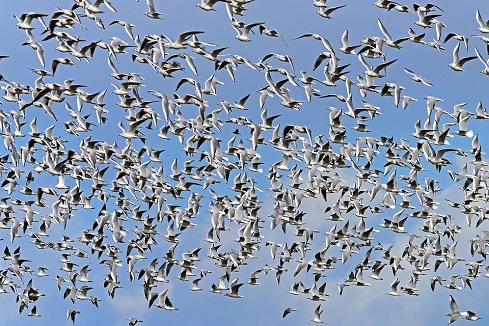 Of course, search is also a symptom of a larger problem — too much data. Sixty-eight percent of the IT decision-makers surveyed said that their companies had so much information stored in their systems that they couldn’t effectively make use of it.

This problem is unlikely to go away on its own, as most estimates suggest that enterprise data stores will continue to grow exponentially. Better storage and analytics tools — again possibly tools with artificial intelligence or machine learning capabilities — may help to mitigate the issue, however.

7. Separate Systems for Storage and Analysis

For years, storage managers and vendors have hailed tiering — the practice of storing hot and cold data in different places — as the key to lowering costs. However, as business analysts have increased their use of analytics, they have begun wanting more access to the archive data stored in those cold tiers. That often means a slow process of extracting data from archive storage, moving it to analytics systems, and getting it into the proper format for analysis. Survey respondents said that having separate systems for storing and analyzing data leads to multiple problems including increased expenses (47%), the inability to combine data sources to make decisions (41%), slower data analysis (40%) and missed opportunities (36%).

Enterprises might want to consider whether different technology or different data architecture could help them avoid or overcome this roadblock.

When asked to point to issues that made accessing data difficult, 44% of the Devo survey respondents said that their organizations did not store data in a central location. As a result, they had to round up information from disparate systems before it could be analyzed. Overall, 44% of business decision makers, 48% of IT decision makers and 43% of IT security decision makers said this lack of centralization was a problem.

In these cases, a data lake or similar technology that consolidates data storage may prove beneficial.

Another big issue highlighted in the survey was data that was stored in the wrong place — either because of user error or because users were trying to get around storage quotas or other policies imposed by IT or business decision-makers. Overall, 41% of respondents said this was a problem, but it is particularly problematic for IT security, as 51% of security decision-makers expressed frustration about data saved in the wrong place. It’s easy to see that when sensitive data gets stored someplace it shouldn’t — say for example on the hard drive of a laptop — it makes security’s job difficult.

For this roadblock, technology might help address the problem, but user training and new processes will likely also be necessary.


A similar problem is data that gets labelled incorrectly. Overall, 37% of respondents said that mislabeled data was a problem, and in this case, it was the IT decision-makers with the most concern, as 40% of them cited the issue in response to the question about the challenges of accessing data.

Again, technology might help data get more appropriate tags, but training might also be necessary to help curb the problem.

In general, if enterprises want to overcome the roadblocks to being more data-driven, they’ll probably need to address all three aspects that contribute to the problems — people, processes and technology.

Cynthia Harvey is a freelance writer and editor based in the Detroit area. She has been covering the technology industry for more than fifteen years. View Full Bio
We welcome your comments on this topic on our social media channels, or [contact us directly] with questions about the site.
Comment  |
Email This  |
Print  |
RSS
More Insights
Webcasts
Network Security: The Attacker's Point of View
Get Your Security Tools Talking for More Effective Incident Response
More Webcasts
White Papers
2020 Gartner Market Guide for Network Detection & Response
How You Can Evaluate Your Org's Cybersecurity Readiness
More White Papers
Reports
2020 State of Cybersecurity Operations and Incident Response
Special Report: Computing's New Normal, a Dark Reading Perspective
More Reports
Copyright © 2020 UBM Electronics, A UBM company, All rights reserved. Privacy Policy | Terms of Service