Computer Industry History May Not Be What You Think - InformationWeek

0%
Tweet
InformationWeek readers know a lot about technology. Many studied computer history as part of their majors and yet, even PhDs would likely flunk a test about African-American contributions to the computer industry. Here's why.

When many of us ponder computer history, we think of Steve Jobs, Bill Gates, and other high-profile white men who changed the course of history through innovation and shrewd business tactics. Of course, there have been other significant contributors along the way who are not white including Guy Kawasaki and Jerry Yang, but how much have we really heard about the computer industry contributions made by African-Americans?

For the most part, precious little, if anything. However, that may change with the help of Arvid Nelsen, IEEE Computer Society member, Southern Methodist University rare books and manuscripts librarian, and contributor to the IEEE Annals of the History of Computing.

"I look at historical understanding as something that evolves over time as new information comes to light or as we examine the past through the lens of different priorities and values," said Nelsen, in an email interview. "Scholars are just beginning to scratch the surface in respect to persons of color. I think these efforts add to history by examining previously ignored, overlooked, invisible, and perhaps devalued evidence. I hope that means the development of a more complete, complex, and nuanced understanding of history."

What if everything we know about the computer industry isn't entirely correct?  In today's global business environment, innovation, disruption and contributions can come from anywhere. However, it may be that African-Americans still remain in the shadows rather than the limelight, at least in the US.

But what, exactly, have we in the computer industry missed? More work needs to be done to answer those and other questions.

Unearthing the African-Americans' computer industry contributions won't be an easy task because there's a lack of archival source material. In Nelsen's recent IEEE Annals of the History of Computing article, he writes,"Archives and libraries should undertake to identify and collect materials from persons of color. Meanwhile, scholars may find material in nontraditional sources, and prosopography may prove useful for examining computer professionals of color."

One non-traditional source is Ebony magazine, which lists at least 57 African-Americans working in various computing fields between 1959 and 1996.

"I hope that the article encourages historians who are interested in critically examining race in computing simply to start looking for stories. They are out there," said Nelsen. "I provide a number of examples and specifically encourage the examination of publications by and for particular communities, publications which may have been previously considered out-of-scope in contrast to scientific and professional publications." 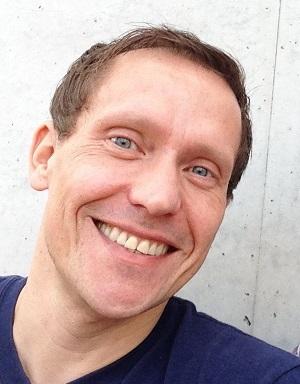 Racism was rampant in the computer industry's early days. Perhaps it's less obvious to some of us now, given the diversity of today's high-tech workforce. However, racism is still alive and well, despite greater workforce diversity.

One of Nelsen's articles inspired a letter from a retired professor who had worked for Burroughs Corp. While at Burroughs, some of his African-American colleagues developed new hardware and software, including the operating system for the Burroughs B5000 and B5500 mainframe computers.

"I hope my article will inspire readers to reach out with their own stories to scholars and to archives like the Charles Babbage Institute with papers and other source materials," said Nelsen.

The Time is Ripe for Change

The movie Hidden Figures, based on the book by the same name written by Margot Lee Shetterly, helped raise at least partial awareness that the accomplishments of African Americans in the computer industry have indeed been ignored, forgotten or overlooked. The book and the movie focus on mathematicians Mary Jackson, Katherine Johnson and Dorothy Vaughn, all of whom worked for the National Aeronautics and Space Administration (NASA).

"The contributions of these three women were essential to both the Space Race and the development of the computing disciplines, and have been shamefully neglected " wrote Nathan Ensmenger, Editor in Chief, IEEE Annals of the History of Computing.

in his own commentary he said. "[A]s we begin to incorporate race and ethnicity into our scholarship, we will discover new insights, methods, and perspectives that will radically reshape the focus of our discipline."

How the focus of our discipline may change as the result of such research remains to be seen. As both Nelsen and Ensmenger note, the task won't be easy, but it's a necessary endeavor.

Lisa Morgan is a freelance writer who covers big data and BI for InformationWeek. She has contributed articles, reports, and other types of content to various publications and sites ranging from SD Times to the Economist Intelligent Unit. Frequent areas of coverage include ... View Full Bio
We welcome your comments on this topic on our social media channels, or [contact us directly] with questions about the site.
Comment  |
Email This  |
Print  |
RSS
More Insights
Webcasts
DevOps: Innovating with Speed, Security, and Quality
Now That Ransomware Has Gone Nuclear, How Can You Avoid Becoming the Next Victim?
More Webcasts
White Papers
NDaaS 101
2020 State of Malware Report
More White Papers
Reports
Online Threats -- and What Your Org Can Do About Them
[Special Report] Remote Network Management
More Reports