Networking giant Cisco confirmed during its latest quarterly report that the company will cut approximately 7% of its worldwide workforce in a restructuring move designed to accelerate its transition to a software and subscription business.

Cisco Systems announced Wednesday, Aug. 17, that the company would cut 5,500 people from its worldwide work base as it looks toward a future more focused on software and services.

While the 7% reduction in its global workforce is far less than the estimated 20% that CRN reported earlier this week, one analyst cautioned Cisco's layoffs are likely to continue through the year.

"Cisco will need to make more layoffs," Trip Chowdry, an analyst with Global Equities Research, wrote in a research note. He added that Amazon Web Services and Microsoft's Azure will reduce Cisco's addressable market by about 40% and put more pressure on the company to move away from traditional networking hardware such as switches and routers.

Cisco's CEO Chuck Robbins, meanwhile, told analysts during the company's fourth-quarter earnings results released Wednesday that he planned to continue to accelerate the company's shift from being a hardware maker to becoming one that focuses on software and services. 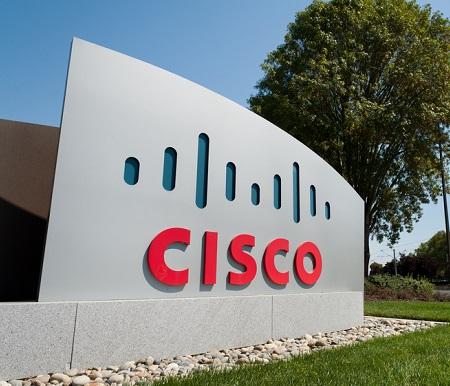 "Today, we announced a restructuring enabling us to optimize our cost base in lower growth areas of our portfolio and further investment in key priority areas, such as security, IoT, collaboration cloud and the next generation data center," Robbins wrote in a statement.

"We expect to reinvest substantially all of the cost savings from these actions back into these businesses and will continue to aggressively invest to focus on our areas of future growth."

For its financial fourth quarter, Cisco posted revenue of $12.6 billion and net income of $2.8 billion, an increase from the $2.3 billion it posted a year ago. Cisco plans to dole out the pink slips during the first quarter of the new fiscal year in 2017, which starts now. The company will announce results for its 2017 financial first quarter in November.

Cisco is not the only legacy tech company facing massive pressure to transform itself in an era of cloud computing and the internet of things. Earlier this year, Intel decided to move away from its legacy PC and hardware business to focus more on IoT and the cloud, with the company announcing that it would eliminate 12,000 jobs in order to narrow its focus.

In addition, Microsoft, which has already shifted its focus to cloud and has put more emphasis on its Azure platform, has also been steadily eliminating positions, especially within its phone and mobile division, after being forced to write down large portions of its Nokia acquisition.

For IT and non-IT workers who find themselves working at companies preparing large layoffs, one executive recruiter noted there are warning signs to look for to gauge whether these changes will affect a particular division and a specific group of workers.

For example, the words restructuring, re-focusing, and integration tend to result in layoffs down the line.

"More generally, I would say that anything that shows changed behavior is suggestive that something is happening," Jon Holman, founder of executive search firm the Holman Group, told InformationWeek.

That changed behavior can be as subtle as a canceled meeting, or someone above you in the management chain being fired or transferred to other division or department.

Dawn Kawamoto is an Associate Editor for Dark Reading, where she covers cybersecurity news and trends. She is an award-winning journalist who has written and edited technology, management, leadership, career, finance, and innovation stories for such publications as CNET's ... View Full Bio
We welcome your comments on this topic on our social media channels, or [contact us directly] with questions about the site.
Comment  |
Email This  |
Print  |
RSS
More Insights
Webcasts
The Failures of Static DLP and How to Protect Against Tomorrow's Email Breaches
How Elite Analyst Teams are Transforming Security with Cyber Reconnaissance
More Webcasts
White Papers
The Trouble with Phishing
2020 Gartner Market Guide for Network Detection & Response
More White Papers
Reports
Are Unprotected Cloud Databases Leaking Your Data?
Email Security Threat Report 2020
More Reports

Exactly, but they aren't saying that the layoffs are an effort to re-size.  From an investor's view that would be pretty important to hear.  A company saying that it is move away from its core business to focus on other lines of business feels a little shaky.  A company saying "we know the market is shrinking, we are still the market leader but we need to size ourselves appropriately." sounds a whole lot better to me.

You guys are all over same thoughts I had seeing this. I can see a smaller Cisco, less switches and routers needed than in past, but those devices aren't going anywhere overnight in the mfg sector. Any mature company already has wiring in place, why switch to the higher cost of wireless infrastructure? Seems like another discussion like Microsoft and Windows. Yeah, they'll never sell as many as they did but still a significant market left. They just to to size their company appropriately.
Reply  |  Post Message  |  Messages List  |  Start a Board

That's kind of what made me question the shift, I know that Juniper, HP and a handful of others share a tiny slice of the market.  I guess it's more a question for the execs at Cisco but are they planning on letting that market slip to chase after the newer markets?  I don't doubt that they had some places in the switch and router divisions that they could cut but the announcement makes it sound like they are scaling back not streamlining.
Reply  |  Post Message  |  Messages List  |  Start a Board

@SaneIT - I just wonder if they can make that move and still be "Cisco?"  Great point.

I read on "The Motley Fool's" site: "About 45% of Cisco's fourth-quarter revenue came from the company's switches and routers. In 2015, Cisco enjoyed a 60.7% share of the switching market, according to IDC. Its nearest competitor, HP Enterprise, managed to claim just 9% of the market."

I just wonder if they can make that move and still be "Cisco"?  Routers and switches have a life cycle and we're seeing a shift in how that life cycle is expanded through VM networking and SDN.  That doesn't mean that the devices will go away especially at the enterprise level.  I don't doubt at all that collaboration and security offerings have started to return more revenue for them but those products have a similar cycle.
Reply  |  Post Message  |  Messages List  |  Start a Board

"Cisco's biggest division, switching, had third-quarter sales of $3.45 billion, a decline of 3 percent from a year earlier. Its second-largest division, routing, suffered a 5 percent drop in sales to $1.89 billion, the company said. Newer units including security, service-provider video and collaboration all posted sales increases of more than 10 percent."
Reply  |  Post Message  |  Messages List  |  Start a Board

Yes the layoffs are a bit concerning but I'm still scratching my head over this part..." put more pressure on the company to move away from traditional networking hardware such as switches and routers."

When you head Cisco you immediately think switches and routers, maybe VoIP, so this shift that they are doing, what are they pivioiting to?  Are they backing out of the hardware market completely?  Maybe I'm reading this wrong but are they not selling switches and routers to the Amazon's of the world?
Reply  |  Post Message  |  Messages List  |  Start a Board

In their shift from hardware to software, Cisco needs people with "different skills"

>> Cisco is not the only legacy tech company facing massive pressure to transform itself in an era of cloud computing and the internet of things.

The numbers are not great -- almost 20,000 job cuts at Cisco – from 2014, as they  transition from a PC-based model business. It's what one person called the "layoff treadmill"

Assuming all these laid off people are not over 65 and ready to golf all day or sit on the front porch, what happens to them in terms of retraining and getting back into the workforce? I leave this out there as an open question.
Reply  |  Post Message  |  Messages List  |  Start a Board

10 IT Trends to Watch for in 2021 Cynthia Harvey, Freelance Journalist, InformationWeek,  12/22/2020
White Papers
Improving Your Enterprise's Protection With Cyber Resilience
The Dark Side of SD-WAN
The Trouble with Phishing
Five Reasons to Protect your VPN with Multi-Factor Authentication
IDC Workbook: Best Practices for Cloud Security