CIOs Get Strategic As IT Budgets Stay Flat - InformationWeek

Tech budgets are moving out of IT control and are expected to remain flat, but CIOs are gaining more influence across the broader enterprise, according to CEB Global's 2017 IT Budget Survey.

IT budgets may look flat when you look at the average, but if you take a closer look at individual budgets, there's tremendous volatility and variation among companies. That volatility is coming amid a huge change in how IT organizations function within their enterprises -- more often as strategic contributors to products and services, in addition to their traditional roles as providers of backend services.

That's according to Andrew Horne, an IT practice leader at CEB Global, who discussed these and other findings from his firm's most recent IT Budget Survey in an interview with InformationWeek.

Just over half of organizations expect an increase in their IT budgets next year, and 38% expect a decrease, the survey found. A quarter of those surveyed expect a greater than 10% change.

"If you go back a few years, sometimes the overall budget would be up or down, but most companies were going in the same direction," Horne said. "Now the reason why the overall budget is flat is because half of the companies are spending more, and half are spending less, and it is netting out. That suggests that each company is making funding decisions based on strategies and objectives, rather than following broader overall technology trends."

[Is digital transformation an existential threat to IT pros? Read Can IT Pros Succeed Without a Bigger Role in Business?]

Another piece of the puzzle is that the IT budget is no longer a great way of understanding what companies are spending on technology, because more money is being spent on technology outside the IT budget. It's been called "shadow IT," but CEB Global prefers the term "business-led IT." Shadow IT is a negative term that suggests this is rogue and needs to be reined in, Horne said.

"More and more CIOs are coming to the realization that this spending is inevitable and actually healthy," he said. "It's a sign that the rest of the organization cares about technology and wants more of it."

What's more, Horne says that CIOs at the most advanced companies do not aspire to control business-led IT spending. Rather, in some cases they encourage that spending, but look to coordinate it so they can help avoid duplicated spending and efforts. For instance, they want to see if the Asia marketing team buys the same software that the New York marketing team has already bought.

This next-generation CIO will focus more on orchestrating and influencing a portfolio of technology spending, rather than controlling all of a static IT budget. 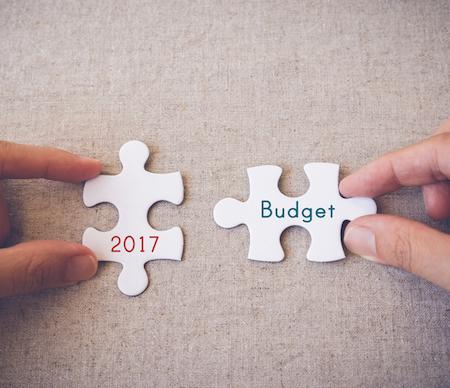 "Anecdotally, that is a big change," Horne said. "They are shifting their time from managing back-office activities." Horne warns that this is only possible if the CIO has a strong team underneath him or her to manage those other areas.

"A few years ago the classic outsourcing deal was a big multi-year undertaking where IT gave large systems or a large part of the operations to an external party, and they typically did it to be more efficient," Horne said. "What they are finding is that that is very inflexible."

Instead, organizations are keeping more expertise and work in-house now. That's because contractors are more expensive than staff members, and organizations are realizing that some technology has become strategic and should be kept in-house, according to Horne.

CEB Global's IT Budget survey also found that a handful of emerging IT roles are going mainstream. For instance, as organizations look to monetize their data assets, 39% of them will have a chief data officer within the next 12 to 18 months. More than half of those surveyed will employ data scientists.

Also, as organizations evolve to a more customer-centric mindset, 63% of them will employ user-experience designers in the next 12 to 18 months.

Horne told InformationWeek that the skills IT organizations are seeking have shifted. According to separate research conducted over the summer of 2016, CEB Global found an increase in the number of IT job descriptions that specified non-technology skills such as teamwork, relationship management, creativity, and learning agility.

CEB Global has conducted the IT Budget Survey for about 10 years, Horne said. This year, the firm surveyed about 150 large organizations. About 80% of respondent organizations reported $1 billion or more in revenue.

Jessica Davis is a Senior Editor at InformationWeek. She covers enterprise IT leadership, careers, artificial intelligence, data and analytics, and enterprise software. She has spent a career covering the intersection of business and technology. Follow her on twitter: ... View Full Bio
We welcome your comments on this topic on our social media channels, or [contact us directly] with questions about the site.
Comment  |
Email This  |
Print  |
RSS
More Insights
Webcasts
Hybrid Cloud: The Great Balancing Act
Optimizing App Performance in the Cloud
More Webcasts
White Papers
Why Add Security to Your Skill Set and How to Do It
Supercharge Incident Response with DDI Visibility
More White Papers
Reports
Building the SOC of the Future
Are Unprotected Cloud Databases Leaking Your Data?
More Reports