5 Ways To Build A Balanced IT Team - InformationWeek

6 comments
Comment Now
Here's how one CTO assembles and cultivates a well-balanced IT team. Consider some of his hiring and talent tactics. 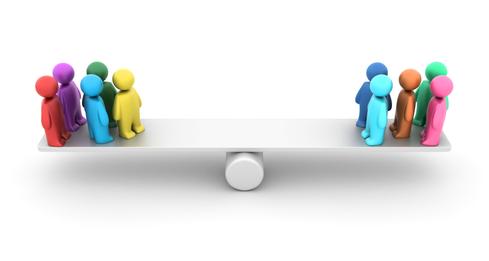 Lots of people play with technology - not as many understand how they got there.

^^Great point here, and another way to hone in on critical thinkers. A few commenters have discussed interview techniques; what other ones can you all share to separate the good from the best?
Reply  |  Post Message  |  Messages List  |  Start a Board

Lots of good ideas - here is how we go about it.
Since we are a company whose sole function is to implement technology in other companies - we ask - what is your network like at home, what is the latest technology you have tought yourself, how do you see this technology helping other companies?  In short - all of these questions are to assertain the individuals passion - and technical prowess.

Lastly we propose a few scenario's on a white board and ask the person to troubleshoot the issue with us being the client.  this attempts to measure their decision making/analytical thought process.  Lots of people play with technology - not as many understand how they got there :).

These are our tips so if you are currently looking for an opportunity in MA - talk to us. :)
Reply  |  Post Message  |  Messages List  |  Start a Board

First of all, I will definitely agree that interviewing (from both sides of the table) is an art form unto itself. It's absolutely worthwhile for us to talk about that when talking about the hiring process. As much as we swap tips as IT pros for what do during interviews and how to land the job, it's important that interviewers themselves swap strategies, and hone that process to keep the whole machine running smoothly - otherwise, as others have said already, we run the risk of interviews just becoming a rote process; a formality. However, today interviewers are often not trained HR people - for example, IT managers (not known for their great personal skills) are often interviewing the IT candidates. It's great to see some team-building tips targeted squarely at tech managers.

I do have some concern about the idea of being novel just for the sake of being novel, though. I think you could just as easily get a buzzword-laden answer to the question 'what does teamwork mean to you?' as you could to the question 'what do you look for in a team?'. Maybe it will catch your interviewee 'off-guard', but maybe that will just lead them to giving a safer answer like they've been conditioned to, rather than really thinking on their feet. I think there's a little more to refinement to be done on the hiring process in the modern age than just the questions that we ask - but it's a good start, and the beginning of a conversation worth having.
Reply  |  Post Message  |  Messages List  |  Start a Board

Any kind of exam have shortcuts and tricks behind, interview is not an exception. The interview questions of Top-500 enterprises have been cracked all the time. So HR and hiring manager need to come up with new questions.
Reply  |  Post Message  |  Messages List  |  Start a Board

Seems like the point of all these "innovative" interview questions is to see if people can think on their feet and improvise. As potential employees get wise to the tricky questions, HR people need to keep coming up with new ones.
Reply  |  Post Message  |  Messages List  |  Start a Board

We hear that GitHub advice form lots of people. Almost a must-have. What do you think of the premortem approach, readers?
Reply  |  Post Message  |  Messages List  |  Start a Board
Editors' Choice
Hot Topics