The dawn of a new year brings hope of great things to come. But there also are challenges that are sure to keep IT executives awake with worry.

New Year’s resolutions are wonderful. They put a positive spin on making and achieving personal goals across the next 12 months. For many of us in the IT industry, this positivity can be extended to our trade as we look at the various IT-related projects and responsibilities that we will be tasked with in 2017.

Yet, surrounding our optimistic and upbeat feelings, IT leaders must be cognizant of the potential pitfalls that the new year may hold. Today, we're going to cover 5 enterprise IT issues that may end up keeping you up late at night with worry and concern. 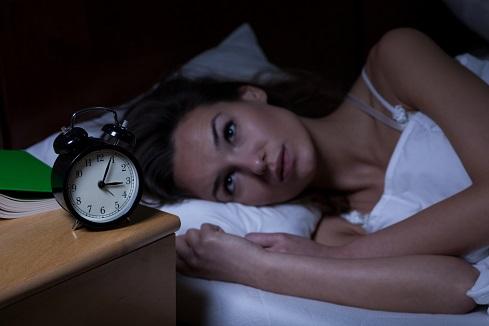 A concern that is almost always on the minds of IT leaders revolves around the skills of their IT employees. Because technology is evolving so rapidly, expertise in many areas of IT can be difficult to find. In 2017, the IT skills gap issue is only expected to get worse. This is especially true in the IT fields of software development, database administration and data security. So, expect many IT executives to have staffing skills on the brain in the coming year.

Legacy apps (Keep them, move them, or move on?)

Most enterprise organizations have at least a few applications they consider to be legacy in nature. those applications have chugged along for years without much thought regarding a roadmap to either abandon or modernize the system. But this year, IT leaders may be forced to take a good look at their legacy applications and make some serious decisions. The reason they will be forced to make these decisions is due to the fact that cloud services and advancements in virtualization technologies are making it easier to migrate legacy applications to a third party service provider to manage. So the question then becomes, should you continue to manage legacy applications in-house, migrate them to the cloud, or abandon the application in favor of a modern application architecture. This is a difficult decision to make as they all have pros and cons.

It's not just aging applications that are going to keep IT decision makers up at night. In many organizations, parts of the infrastructure are long overdue for a refresh. It's expected that IT budgets in 2017 are going to remain largely flat. Therefore, IT execs may be put in a situation where they must choose what parts of the aging infrastructure to upgrade, and will be left untouched. Choose wisely, and the infrastructure can continue to function properly until the next budget cycle. But if money is spent on unnecessary infrastructure upgrades, then that could cause significant issues down the road.

IT leaders are under increasing pressure to leverage the Internet of Things (IoT) to drive new business revenue. The IoT hype train is rolling along and it's going to be a challenge to bring people back down to the reality that IoT is an expensive and risky proposition in 2017. Timing of IoT projects in terms of staying ahead of competition, while realistically leveraging the technical tools and resources available is going to be a difficult balancing act. Start an IoT project too early and you run the risk of painting yourself in a corner. But start too late and you may lose the all-important first mover advantage over competitors.

The biggest security threat of 2016 is likely to remain the same in 2017. In 2016, the number of malware attempts increased significantly compared to previous years. The level of effort and sophistication by cyber criminals has increased as well due to the fact that the malware business is incredibly lucrative. IT leaders are going to have to sift through all the hype and marketing rhetoric in order to develop a unified security strategy that will reduce malware risk as much as possible. But the sheer number of security tools, architectures and philosophies are going to make the fight against malware a real headache in the coming year.

One of the best ways to stay positive in the New Year is to identify areas of IT that may keep you up at night in the coming months – and develop a plan of attack. The issues of staffing, application and infrastructure budgets, emerging technologies and data protection are likely to areas of IT that can make or break the year. Therefore, it’s best to pinpoint what may keep you up at night now, so you can rest more easily in the future.

Andrew has well over a decade of enterprise networking under his belt through his consulting practice, which specializes in enterprise network architectures and datacenter build-outs and prior experience at organizations such as State Farm Insurance, United Airlines and the ... View Full Bio
We welcome your comments on this topic on our social media channels, or [contact us directly] with questions about the site.
Comment  |
Email This  |
Print  |
RSS
More Insights
Webcasts
Zero Trust for a Work-From Home World
Optimizing App Performance in the Cloud
More Webcasts
White Papers
Why Add Security to Your Skill Set and How to Do It
451 Cloud Confidence Report
More White Papers
Reports
Intelligent Outcomes Are Key to Business Resilience
The State of Cloud Computing - Fall 2020
More Reports