10 Best US Cities for Tech Jobs in 2017 - InformationWeek

50%
Tweet
These metro areas have seen the biggest gains in software jobs over the last five years. You might be surprised by where some cities rank, and which noted tech employer missed the cut. 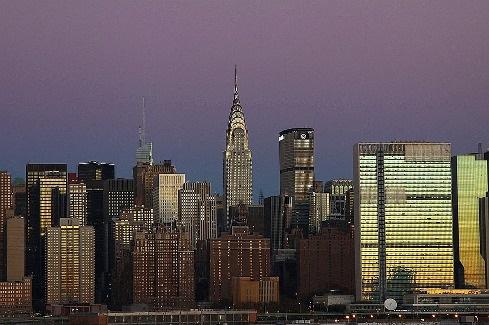 Tech Industry as a Percentage of the Overall Workforce: 4.4%

New York City has one of the highest concentrations of technology jobs anywhere in the country. The city's well-known financial firms employ a lot of IT workers, but it is also home to a growing number of small tech startups. The cost of living is high, but that might not be a problem because IT salaries in the city are among the highest in the nation. There's no place else like it on earth, and if you like the diversity, opportunities and excitement of living in one of the world's biggest cities, New York might be right for you.

Comment  |
Email This  |
Print  |
RSS
More Insights
Webcasts
5 Steps to Integrate SAST into the DevSecOps Pipeline
Cloud Security Threats Enterprises Need to Watch
More Webcasts
White Papers
Simplify Your App Security
[IT Trend Report] The Future of Cloud
More White Papers
Reports
Can You Spare 10-12 Mins to Help Us Out with a Survey on Tech Trends?
Got 7 Minutes? Dark Reading Needs Your Help With Our Survey on Incident Response
More Reports

Nice to see Seattle still on this list. Being and working in Vancouver, BC, tech jobs are often gone quickly and with Seattle being so close, it provides some possibilities for those stuck unemployed.
Reply  |  Post Message  |  Messages List  |  Start a Board
Editors' Choice
Hot Topics