The Maturation of Blockchain is Attracting Banks - InformationWeek

Blockchain holds promise for the banking industry, offering a transparent and security form of doing business.

Blockchain has been a growing buzzword among tech circles in recent years. The technology has evolved from simply being the infrastructure for bitcoin into a full-fledged ecosystem that has shown tremendous potential. Until recently, blockchain was considered a nascent technology. After all, until just a few years ago the only real blockchain solution was Bitcoin.

Shortly thereafter, though, the rise of the Ethereum chain and with it several other ecosystems, including open source versions such as Graphene, led to the rapid adoption of blockchain. More and more industries are starting to see the real potential of a decentralized ledger system that offers both transparency and efficient information logging.

One industry that has shown cautious optimism and is now ready to dive into the blockchain game is banking. While blockchain first emerged as a purely financial system, it has been used in everything from logistics to the Internet of Things. However, nowhere is it more useful than in its capacity to log transactions. With it now being considered a bona fide technology, the financial industry is more eager than ever to fully explore the potential of blockchain, with several banks already having dipped their toes in the water.

Banking and blockchain seem like a match made in heaven. The industry has been accused in the past of being purposefully opaque thanks to outdated information systems and the remnants of the financial crisis of 2008. With the passing of new regulations that forced banks to digitize their records and become transparent, the blockchain ledger seems like a clear-cut way to open the industry to a more fraud-proof model.

Indeed, one of the biggest applications for blockchain technology is in the realm of fraud reduction. With almost 45% of financial intermediaries reporting economic crime yearly, and most banking systems built on a centralized database model, financial crime is a real threat. Blockchain’s transparent model and encrypted infrastructure could seriously curb the risk of intrusion.

More importantly, banks are starting to explore using blockchain in meaningful ways, such as financing trade. As early as June of this year, seven European banks joined with IBM to create a blockchain system aimed at providing trade financing for small and medium-sized businesses. By applying this model, banks could easily offer financing for road-based trade industries, including shippers and freight carriers, alongside credit agencies with smart contracts that automate many of the fraud-vulnerable processes.

Nevertheless, blockchain still has an image problem. Many people still connect the technology to the phenomenon it spawned, Bitcoin. The cryptocurrency still faces a stigma thanks to its turbulent past, including well-publicized cases of fraud, theft, and the unexplainable disappearance of funds as seen in the now-infamous Mt. Gox incident.

Even today, one of the biggest potential uses for blockchain—investment in the cryptocurrencies they spawned—remains an iffy proposition for banks and other institutional investors. The lack of government regulation alongside the risks that remain in cryptocurrencies’ anonymity mean that banks could lose millions should they be caught in an illegal situation, even unintentionally.

Despite the associated problems, the cryptocurrency industry is expanding at a breakneck pace thanks to explosive valuations and sky-high initial coin offerings. Bitcoin itself recently reached nearly $5,000 per coin, and Ethereum has also seen massive price increases.

Yet, hedge funds and institutional investors remain unconvinced. Blockchain could change that, but it requires inventive thinking. The cryptocurrency market already has several exchanges, but they are still suspect thanks to the possibility of market manipulation, low maximum amounts for trades, and the opacity that crypto exchanges can afford due to the lack of a regulatory framework. Even with blockchain’s transparent nature, existing market-makers have worked to keep the system murky.

Some companies have taken aim at this problem, hoping to bridge the gap between what is quickly becoming the newest investment trend and the institutions that could give it legitimacy and an unprecedented injection of capital. Companies such as Legolas, headed by former TEADS co-founder Frédéric Montagnon, have taken aim at the problem. Legolas looks to apply blockchain infrastructure by creating a hybrid system using both the decentralized ledger and a centralized exchange that can guarantee transparency and immutability within the exchange itself.

“In the debate pitting proponents of centralized versus decentralized governance, both sides tend to ignore the middle ground: a hybrid system in which the central authority operates fully transparently,” Montagnon said recently.

More importantly, it can handle cross-chain trades more easily, removing much of the risk that accompanies investments in such a volatile field. Others, such as Lightning Network, have looked to bridge this gap as well, aiming simply to reduce the risk of cross-chain trades by eliminating third parties with their “atomic swaps”.

Can banks join the game?

Blockchain has come a long way, and it is gaining legitimacy as a real trend in finance. Nevertheless, there are still many questions that banks must successfully answer to fully embrace the new technology. While it can bring unprecedented transparency and improved security, it still backs an infrastructure that is decidedly unregulated and could prove problematic for larger institutional participation. However, should banks adapt to the changing times, blockchain could revolutionize financial services with a brighter and more open future. 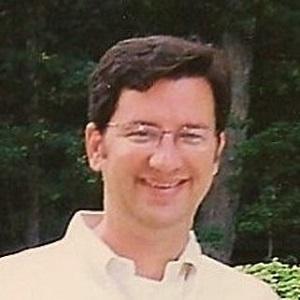 Ralph Tkatchuk is a data security consultant and an IT guy with 15 years of field experience working with clients of various sizes and in different verticals. He is all about helping companies and individuals safeguard their data against malicious online abuse and fraud. His current specialty is in ecommerce data protection and prevention, with a keen interest in AI and machine learning. He runs TK Data Sec, a DataSec and IT consultancy.

The InformationWeek community brings together IT practitioners and industry experts with IT advice, education, and opinions. We strive to highlight technology executives and subject matter experts and use their knowledge and experiences to help our audience of IT ... View Full Bio
We welcome your comments on this topic on our social media channels, or [contact us directly] with questions about the site.
Comment  |
Email This  |
Print  |
RSS
More Insights
Webcasts
Key technology trends in 2021 - Making these technologies work for your business
Hybrid Cloud: The Great Balancing Act
More Webcasts
White Papers
Sunburst: Impact and Timeline
5G-Enabled Edges of Tomorrow Require Converged Network and Security
More White Papers
Reports
Protection Strategies for a Cyber-Resilient Organization
2020 State of Cybersecurity Operations and Incident Response
More Reports