New Twitter setting tracks the apps you install on your mobile devices. Here's how it uses this information and how you can opt out.

Twitter has started tracking the apps you install on your mobile devices, it announced last week -- a move that it says will help the company better target content and ads. Twitter has automatically opted in all users to this new setting, called App Graph.

Twitter pushed the update to iOS users last week and will do the same for Android users this week. You'll see a pop-up notification that alerts you that this setting has been turned on; until then, Twitter has not collected information on your apps.

The data that Twitter will collect is limited to the names of the apps you've installed, it said on its Support page. Other information, such as what you share or how often you use the apps, won't be collected. Twitter says that this data will help the company improve a few features, including the "who to follow" suggestions that it bases on your interests.

It will also use this information to add tweets, accounts, and other content to your timeline that it thinks you'll find interesting, and to show you more relevant promoted content, it said. These tie in with the updates it announced last month, which included highlighting posts from people you don't follow and an algorithm-based timeline that surfaces posts you may have missed.

Twitter isn't alone in tracking the apps on your mobile devices. Facebook collects some information on apps users download, too, but only for ones that use the company's software developer kit. 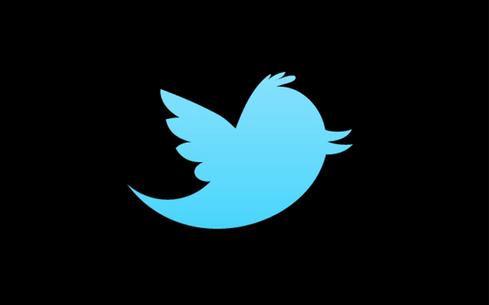 Twitter will opt in all other users, though, but you can opt out at any time.

If you're an Android user, tap the icon with the three dots, then tap Settings. Select the account you'd like to adjust. Under Other, turn off "Tailor Twitter based on my apps."

If you opt out of Twitter's App Graph feature, it will delete the data it has already collected, the company said.

Kristin Burnham currently serves as InformationWeek.com's Senior Editor, covering social media, social business, IT leadership and IT careers. Prior to joining InformationWeek in July 2013, she served in a number of roles at CIO magazine and CIO.com, most recently as senior ... View Full Bio
We welcome your comments on this topic on our social media channels, or [contact us directly] with questions about the site.
Comment  |
Email This  |
Print  |
RSS
More Insights
Webcasts
Securing and Monitoring Networks in the 'New Normal'
Strategies for Success with Digital Transformation
More Webcasts
White Papers
What To Consider Before Renewing Your SD-WAN
The Trouble with Phishing
More White Papers
Reports
Email Security Threat Report 2020
DNS Network Traffic Volumes During the 2020 Pandemic
More Reports

I am not able to find that setting, either. But this Twitter App Tracking really scared me. I don't use Twitter on my phone but the problem is that, many Twitter alike Apps will use the the similar functionality.
Reply  |  Post Message  |  Messages List  |  Start a Board

@Ariella, I'm sure the EU will move in that direction. They always seem to be several steps ahead of the USA on privacy issues.
Reply  |  Post Message  |  Messages List  |  Start a Board

I couldn't find a global setting under My Device but there is one at Settings - Accounts - Google - Ads. Is Twitter using that?
Reply  |  Post Message  |  Messages List  |  Start a Board

@Thomas with their much stricter regulations on data collection, I wonder if th EU would move in the direction of making all these things opt-in rather than opt-out. It's the only way to really be sure users really are giving informed consent.
Reply  |  Post Message  |  Messages List  |  Start a Board

"It will also use this information to add tweets, accounts, and other content to your timeline that it thinks you'll find interesting, and to show you more relevant promoted content, it said."

It's very intrusive when Twitter not only believes it can know everything about you and your interests, but also adds stuff to your timeline.

So, this morning I was having a conversation on Twitter with a friend about the vulcano in Santorini. Seconds later, I got followed by a hotel in Athens and a villa somehwere in Greece. You can see the positive, or negative point of view of this.

However, I wonder if it's about time we started considering to give up this fight. The ones who have the big data are the only winners and privacy is not precisely on their agenda.

Wouldn't it be nice if companies would ask before opting you in?
Reply  |  Post Message  |  Messages List  |  Start a Board

Well, the price of freedom in vigilance - another good reason to read Informationweek. Thanks to Kristen for bringing this up.
Reply  |  Post Message  |  Messages List  |  Start a Board

@Laurianne that always irritates me. They know that people tend to be passive, so forcing them to opt out means many will stay on just by doing nothing. On the other hand, if users would have to opt in, Twitter wouldn't get to collect the data they want.
Reply  |  Post Message  |  Messages List  |  Start a Board

Good that they at least notify you of this new tracking feature being added. Ideally, though, there should be a button you can click right on that popup notification to turn that off. (Maybe there is; I haven't see this yet)
Reply  |  Post Message  |  Messages List  |  Start a Board
Page 1 / 2   >   >>
Editors' Choice
Hot Topics