Facebook, Twitter, LinkedIn, and other social media sites really stepped in it this year. Check out these 10 boneheaded moves that infuriated users. 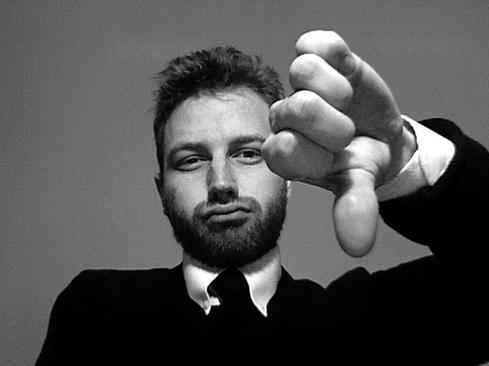 Social networks had a big year in 2014: Facebook celebrated its 10th birthday, closed its third billion-dollar acquisition, and renewed its focus on user privacy with a number of updates and changes.

Twitter, though it struggled to meet investors' expectations in the first half of the year, ramped up activity in the second half, launching new analytics, a buy button, and a handful of other improvements set to debut in 2015.

LinkedIn also had its fair share of product launches and site updates. It rolled out a handful of new mobile apps -- including ones for contacts, SlideShare, and job listings -- along with mobile profile and home page redesigns.

But along with this year's milestones and improvements, social media sites stumbled, too. They faced lawsuits, made unpopular decisions, and invaded users' privacy. Take the ephemeral messaging app Snapchat, for example.

This year, Snapchat agreed to settle charges with the Federal Trade Commission following allegations that it made several misrepresentations to consumers about the app's security and privacy.

Snapchat differentiates itself from other messaging services with promises that users' images and videos disappear forever after the sender-designated time period expires. According to the complaint, though, these claims were false. "If a company markets privacy and security as key selling points in pitching its services to consumers, it is critical that it keeps those promises," FTC chairwoman Edith Rameriz said in a press release. "Any company that makes misrepresentations to consumers about its privacy and security practices risks FTC action."

The complaint also alleged that the app tracked and transmitted some users' location information and collected data from their address books without their consent.

Snapchat wasn't issued a monetary penalty, but the FTC will subject it to independent privacy monitoring for the next 20 years. If it violates the terms of the settlement, the company could face penalties of up to $16,000 per violation.

Snapchat wasn't alone in letting users down this year. Facebook's strong-arm approach to its Messenger app sparked controversy, while the social network also angered businesses with its plummeting post reach. Twitter lost user trust after it surreptitiously started tracking the apps used on phones, and LinkedIn landed itself in court over a privacy violation.

Curious about what else made our list? Here's a look at the other top social media disappointments of the year.

How about age discrimination? I once did a phone interview with a big-name Silicon Valley company. On the phone, they were excited about my product knowledge, direct use, and tech history. They invited me for an in-person interview. They closed by saying, "You'll love working here. Almost nobody is over 30." (Gulp.)

I showed up, and you could tell by their reactions that my 40-something age was not at all what they were expecting. The interview went downhill from there.

Lest you think this is unusual, it is not. Age discrimination is rampant at tech companies, where they believe that anyone with a measure of maturity can't possibly understand technology. In reality, most of us were using computers back when there was no GUI, WYSIWYG, or SaaS.
Reply  |  Post Message  |  Messages List  |  Start a Board

Google's staff diversity stats have been an issue with people that work the IT sector. It brings a delicate question into the fray: is google partial towards certain races?
Reply  |  Post Message  |  Messages List  |  Start a Board

"This is the first I've heard that LinkedIn has had "Stalking" issues?  LI has always been my favorite among the social networking sites.  I am starting to loathe Facebook - their forcing a messanging app on you and the social experiments just really stink..."

LinkedIn basically lets me contact my employers and other people who are working under me and share specifics. Facebook is a big no-no in this aspect because Facebook can get distracting really quick. Although I am a regular facebooker, I think their experiments were criticized because they said the wrong thing at the wrong time.
Reply  |  Post Message  |  Messages List  |  Start a Board

This is the first I've heard that LinkedIn has had "Stalking" issues?  LI has always been my favorite among the social networking sites.  I am starting to loathe Facebook - their forcing a messanging app on you and the social experiments just really stink...
Reply  |  Post Message  |  Messages List  |  Start a Board

LinkedIn has long been at the top of my list to rail against.  It purports itself to be a "professional" networking platform but has no substantive way to stop anonymous lurks to profiles.  Sure, it implemented a "blocking" feature, which by the way, does not work til **after** a stranger looks at your profile details and does not work at all with anonymous stalkers.  The ability to block only works after someone has already gleaned your contact/work info and only IF that person was not lurking anonymously.  Thanks, Jeff Weiner.  In the final analysis, as roughshod as Facebook has invaded user privacy, the fact is, LinkedIn is a joke as a "professional" social networking platform.  Which speaks volumes.
Reply  |  Post Message  |  Messages List  |  Start a Board
<<   <   Page 2 / 2
Editors' Choice
Hot Topics