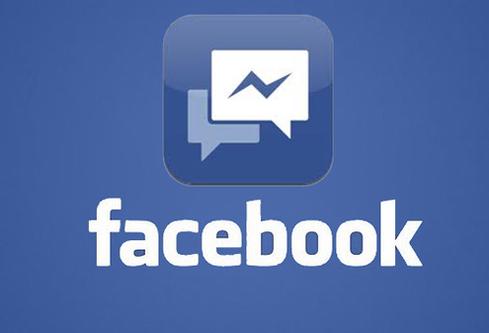 Facebook splits Messenger
One way to rile your users: Remove a popular feature from your app. This year, Facebook announced plans to drop its built-in chat and instead require users to download a separate application, Messenger, to retain chat capabilities.

The decision was wildly unpopular and wrought with misconceptions. Months later, after Messenger has clocked more than 500 million downloads, much of the moaning has subsided. In a recent Q&A session, Facebook CEO Mark Zuckerberg admitted that the social network could have handled the switch better.

"Asking everyone in our community to install a new app is a big ask," Zuckerberg said. "Asking folks to install another app is a short-term painful thing, but if we wanted to focus on service we had to build a dedicated and focused experience. This is some of the hardest stuff we do, is making these choices. We realize that we have a lot to earn in terms of trust and proving that this standalone messenger experience will be really good."

Here's what can happen when you delegate social interaction to robotic scripts:


This was one of those auto-generated slideshows Facebook generates, showing milestones from the past year -- in this case, forcing a father to relive the death of a six-year-old child. The man posted his own analysis in a In a blog post titled "Inadvertent Algorithmic Cruelty."
Reply  |  Post Message  |  Messages List  |  Start a Board

They could have gone about that so much better. A simple, hey we're conducting an experiement for our newsfeeds, would you like to join in? spam message where people could have opted in like a beta test would have taken care of any ethical and legality issues. (People must be told not only they are being experimented with but what kind of experiments are being done.)

Companies have to remember that doing things without their customers knowledge is never going to get them to like your product better. Never.

If Facebook were to run an experiment (you know with all the ethical and legal checklists involved checked off), what would want them to run?

On the other hand, working with a bunch of 20-something bozos may not have been fun for you either. It may feel like they do not trust your ability to 'understand' tech. But in fact they may, ever subconciosly, have feared a more mature approach to work - more emphasis on system design and testing versus gleefully coming up with new features and color for example.
Reply  |  Post Message  |  Messages List  |  Start a Board

[email protected], how could FB post reach go any lower? Down to zero? What gets me too is the obsession with social media "experts" on any little way to increase that terribly low reach rate ... such as obsessing about matching FB's exact size preference of a photo.
Reply  |  Post Message  |  Messages List  |  Start a Board

Fb wanted to enter in a competition by launching Slingshot but I couldn't figure it why was it left alone. Has Fb already backed out ? are they cooking for something great to come  ?
Reply  |  Post Message  |  Messages List  |  Start a Board

On every other Fb group I could read page owners complaining about low post reach. Much more to worry, Fb is giving another new year gift with much more decrease in post reach.
Reply  |  Post Message  |  Messages List  |  Start a Board

This meant much more spam. People like me are already pressing that  'Unsubscribe' button in newsletters email. Thankfully this was reverted, else it would have been much more paain.
Reply  |  Post Message  |  Messages List  |  Start a Board

At first when I read about the manipulation experiment, I was puzzled and it made me hate Facebook for doing this. I still think this was a very bad move and it raised many questions about Facebook's privacy. Manipulating your newsfeed will not be acceptable to any one, if you ask for it.
Reply  |  Post Message  |  Messages List  |  Start a Board

Facebook even launched a seperate messenger app for desktop. At first it was surprising, why a seperate app when the website supports the chat feature. I got used to the UI of the meesnger desktop app and then Facebook pulled of the desktop messenger app. Wondering why was it launched and then why was it pulled off ?
Reply  |  Post Message  |  Messages List  |  Start a Board

Interesting - I never use LinkedIn to communicate with coworkers - I've found it more useful to evaluate job candidates (and other companies when job seeking).  I work for a small companies but draw a pretty solid line between where coworkers/subordinates are and social media sites like Facebook.
Reply  |  Post Message  |  Messages List  |  Start a Board
Page 1 / 2   >   >>
Editors' Choice
Hot Topics