Build social engagement around your own website, Forrester recommends.

That's the conclusion of research firm Forrester, which in a new report, "Social Relationship Strategies That Work," argues that companies should build social engagement around their own websites rather than a social network's website.

Noting that major brands' Facebook and Twitter posts reach only about 2% of their fans and followers, and that less than 0.1% of those individuals interact with each post, Forrester VP Nate Elliott contends that leading social media sites aren't actually helping companies build relationships with their customers.

"It's clear that Facebook and Twitter don't offer the relationships that marketing leaders crave," Elliott says in the report. "Yet most brands still use these sites as the centerpiece of their social efforts -- thereby wasting significant financial, technological, and human resources on social networks that don't deliver value." 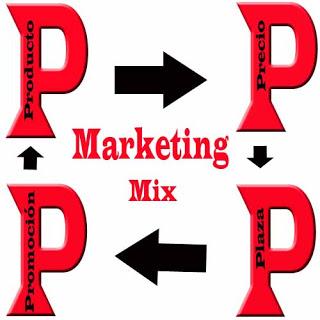 Facebook is clearly trying to be more engaging for users, but its continued tweaks to its News Feed won't change the basic issue that it reaches only a small portion of the audience companies want to reach. And Elliot argues that organic social marketing -- brand posts that aren't paid ads -- will only get worse following Facebook's plan to show fewer promotional Page posts starting in 2015.

[Twitter is a better option for some things. Read Tweets Tell Whether You Have A Job.]

Elliot's advice to corporate marketers involves building social engagement tools into their own websites -- a challenge for companies without significant Web development experience -- and to focus on smaller social networks like Instagram, which appears to have a significantly higher engagement rate on posts than Facebook. No wonder Facebook bought Instagram.

Elliot says companies should try to create branded communities as a focus for social interaction, as Sony and Analog Devices have done. He notes, "US online adults who want to stay in touch with your company are almost three times as likely to visit your site as to engage you on Facebook."

In October, Elliott published an open letter to Facebook CEO Mark Zuckerberg in which he declared, "Facebook is failing marketers." As evidence he cited an August study of 395 marketers and online business executives at large companies in the US, Canada, and the UK that found Twitter and Facebook had the lowest satisfaction of any digital marketing channel.

The most appreciated digital marketing channels turn out to be the most traditional ones: On-site ratings and reviews, search marketing, and email marketing.

Thomas Claburn has been writing about business and technology since 1996, for publications such as New Architect, PC Computing, InformationWeek, Salon, Wired, and Ziff Davis Smart Business. Before that, he worked in film and television, having earned a not particularly useful ... View Full Bio
We welcome your comments on this topic on our social media channels, or [contact us directly] with questions about the site.
Comment  |
Email This  |
Print  |
RSS
More Insights
Webcasts
Building Asset Management into Your Enterprise Security Strategy
Take DevOps to the Next Level
More Webcasts
White Papers
IDC Market Share: How the Network Is Used to Unmask the Adversary
2021 Application Security Statistics Report Vol.1
More White Papers
Reports
The State of CCPA 2021
Trustwave Global Security Report
More Reports
Copyright © 2021 UBM Electronics, A UBM company, All rights reserved. Privacy Policy | Terms of Service