Facebook has its sights set on shaking up social business, according to a new report, which says Facebook is working on a new website called Facebook at Work. This service reportedly will compete directly with Salesforce, Google, Microsoft, and LinkedIn.

The Financial Times reports that the new site will look similar to Facebook, complete with a news feed and groups, but it will let users keep their professional profile separate from their personal profile. It will also include a chat function similar to Salesforce's Chatter, networking capabilities like LinkedIn's, and document collaboration tools similar to Google Docs and Microsoft Office.

Facebook's possible move into the enterprise software market isn't that surprising. According to Gartner, enterprise software spending will reach $321 billion this year, a 7% increase over 2013. Businesses are rapidly innovating in this space, too: This year, Apple and IBM partnered to bring enterprise software to iOS devices, while IBM, Cisco, and other companies all have launched better offerings.

But tapping into such a crowded market won't be easy for Facebook, despite its 1.3 billion users. The social network's reputation as a data-hungry consumer site and its history of privacy problems will make Facebook At Work a difficult sell for any business. Here's where Facebook will struggle.

1. Privacy and security
We've all been there: accidentally posting a picture or status update publicly, when it was meant for just our friends. Or, worse yet, discovering that content you posted months ago is actually visible to anyone. Users' constant struggle to maneuver Facebook's labyrinth of privacy and security settings don't bode well for businesses, which want simple, straightforward tools that promote usability and security.

Privacy and security, of course, are common pain points for any company that adopts social business tools. But unlike Yammer, Salesforce, and other popular solutions, Facebook's past is plagued with privacy flaps -- and overcoming that reputation is a tall order.

For Facebook At Work to thrive within businesses, Facebook needs to rebuild its privacy settings from the ground up and marry usability with the technical demands businesses require.

2. Data collection
Critics have taken Facebook to task a number of times over its collection and exploitation of user data. This year, Facebook revealed that it had manipulated more than 700,000 users' news feeds in an experiment to discern whether showing certain content could alter their emotions. And even though the social network ultimately apologized, it didn't say it had any plans to stop these experiments. 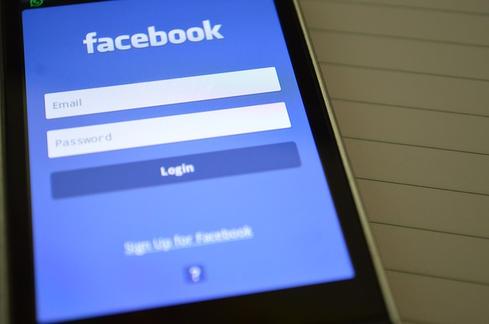 Users and privacy experts also have questioned Facebook's data collection practices, including how it may track and store your location even when you're not using the app. But even though the company has taken steps to clarify its practices, its past follies aren't easy to forget.

Data protection is paramount for businesses, which seek partners they can trust. Facebook's history in handling its own users' data won't encourage many companies that Facebook is the partner for them.

3. Adoption and trust
According to Gartner, 80% of social business efforts will fail through next year. The reason: Companies are too focused on the technology and not focused enough on the behavioral and workflow changes necessary to achieve success. These obstacles include adoption and continued participation, both of which will lag -- and sink a project -- if employees don't trust the tool.

And that's where Facebook will face its biggest obstacle in encouraging businesses to adopt Facebook At Work. Though Facebook has made strides in simplifying its privacy settings and making its data use policies clearer, users are still wary about the content they post. Without trust, there's no adoption, and without adoption, there's no activity to keep workplace communities alive and thriving.

Kristin Burnham currently serves as InformationWeek.com's Senior Editor, covering social media, social business, IT leadership and IT careers. Prior to joining InformationWeek in July 2013, she served in a number of roles at CIO magazine and CIO.com, most recently as senior ... View Full Bio
We welcome your comments on this topic on our social media channels, or [contact us directly] with questions about the site.
Comment  |
Email This  |
Print  |
RSS
More Insights
Webcasts
How Elite Analyst Teams are Transforming Security with Cyber Reconnaissance
Building the SOC of the Future: Next-Generation Security Operations
More Webcasts
White Papers
A Technical Deep Dive on Software Exploits
The Dark Side of SD-WAN
More White Papers
Reports
The State of Cloud Computing - Fall 2020
Special Report: Understanding Your Cyber Attackers
More Reports

Companies trying to reach some accommodation with younger workers may try to make peace with Facebook's dubious history of using its users' information and allow a business version of Facebook to be used for some collaborative purposes. At best though, I think we're anticipating a two-tiered system where youth and enthusiasm are given Facebook tools, and more mature, operational decision makers are given Salesforce Chatter, Yammer or other more restricted tools.
Reply  |  Post Message  |  Messages List  |  Start a Board

Another hurdle I'd point to is the competition of the installed base -- big companies have gone down the enterprise social network road already and have something in place, for the most part. Kristin's right in pointing out that many of those companies are lukewarm about the results, so if Facebook offered a better and/or cheaper option, it would get a fair shake. But this is far from greenfield territory.

@Gary_EL: You've nailed it. Too little too late for FB IMHO. It's already lost its cool factor to other players in the consumer space, and there are other options for enterprise that are  more secure, I don't see this going anywhere for all the reasons outlined here by you and @Jastroff.
Reply  |  Post Message  |  Messages List  |  Start a Board

The OP's points are valid and compelling. Given Facebook's abysmal reputation in regards to sharing private data, and the fact that that you have to be an attorney as well as a security guru to understand its security settings, I think this will be a nonstarter. Many of non-professional Facebook friends are abandoning the platform for those very reasons
Reply  |  Post Message  |  Messages List  |  Start a Board

At one time, it was fashionable for the makers of social business collobaration products like Jive, Yammer, and Chatter to say they were delivering "Facebook for the Enterprise." One reason they stopped doing that was that the connotations of "Facebook" were not entirely positive from a business point of view. That is, businesses worried that "Facebook inside my enterprise" might encourage frivolous, time-wasting activities. The collaboration tool vendors wanted to argue that no, this is a way of being more productive by exploiting the social network to connect employees with each other in ways that allow them to solve problems more effectively.

In my Social Collaboration for Dummies book, I argue that the better point of comparison for anyone promoting the use of these tools within a company was LinkedIn, the boring but professionally social network.

So in addition to the inevitable privacy and security concerns, I'd say that one hurdle for Facebook will be convincing people that the service (or a derivative of it) can be useful for professional networking, LinkedIn style, let alone business collaboration that might include sensitive information.

You may remember a Facebook app for professional networking called Branchout that aimed to be the professional network within the social network, taking advantage of the fact that Facebook was so much larger and more popular than LinkedIn. However, it's never been wildly successful and is currently rumored to be on the verge of being bought out.
Reply  |  Post Message  |  Messages List  |  Start a Board

Very valid points, jastroff. It's going to be a tall order for Facebook to move into this more security-conscious and regulated world. That's a big change from the near complete freedom Facebook has operated with on the consumer side. More so than technology, it may speak to a significant culture change at Facebook. Hard to pull off.
Reply  |  Post Message  |  Messages List  |  Start a Board

Good points about Facebook's privacy and security issues on their consumer version.

Communications, in some companies, have to pass the Audit test, so many more reporting mechanisms would be needed. As well as archiving messages and communications for potential legal issues. They also have to fix the interface a bit, and even change the appearance to differentiate it from the consumer version.

If FB is just planning on rolling out the same consumer version to the entperprise, well, that's probably a bad plan. Let's see how it goes.
Reply  |  Post Message  |  Messages List  |  Start a Board
Editors' Choice
Hot Topics