Facebook announced Wednesday that it has partnered with another anti-malware company to reinforce security. ESET, an antivirus software provider, joins Trend Micro and F-Secure to protect users against malicious software, specifically in news feeds and Facebook messages.

As with its Trend Micro and F-Secure partnerships, Facebook worked with ESET to tweak and incorporate the latter's security software into Facebook's abuse detection and prevention systems, Facebook software engineer Chetan Gowda said in a blog post. Combined, the tools from the three partners will help Facebook block malicious links and harmful sites found in users' news feeds and in Messages.

"With the potential to remain undetected on devices for months, malicious code can collect personal information and even spread to other computers in some cases," he said. "A large number of [providers' security tools] increases the chances that malware will get caught and cleaned up, which will help people on Facebook keep their information secure."

If ESET detects that the device you're using to access Facebook and its services is behaving suspiciously and shows signs of a possible malware infection, you'll see a message that offers to scan your device for malware, Facebook said. After you run the scan, you can browse the results and clean up your device without logging out of Facebook.

Facebook's other two anti-malware tools work similarly. Facebook will alert you with a pop-up notification if it detects that your device is infected with malware. Depending on the type of malware, it will recommend that you download either F-Secure's malware scanning and cleanup technology or HouseCall from Trend Micro. 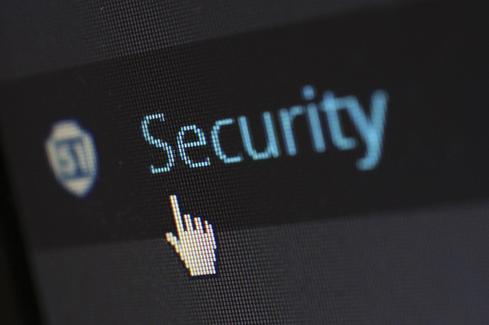 F-Secure and Trend Micro contain distinct malware signatures for different threats, which could better protect your device beyond the antivirus programs you already run, Facebook said. Both products are maintenance free and will remove themselves once they're done running. Facebook partnered with the two companies back in May.

Facebook has teamed with other security providers to offer users more protection. In 2012, it partnered with Microsoft to offer its Security Essentials product and with McAfee for its Scan and Repair product.

Most recently, Facebook acquired the two-year-old security startup PrivateCore, an encryption and malware prevention company based in Palo Alto, Calif. PrivateCore, which was founded by former VMware and Google security experts, develops software to validate and secure server data.

I don't think people realize how big of an issue malware is for Facebook.

They have curated such a good experience for their users no one even really notices are the security issues the comapny has. But in the background, things like ESET are essential for them going forward.
Reply  |  Post Message  |  Messages List  |  Start a Board

The only part of this new security that I see as a problem is the fact that Facebook is using popups to alert users to scan their computers. For years now we have trained users that pop ups such as these usually are malware so I can where users would get scared they are infected already or someone is trying to infect them there by allowing the infection to continue. Espcially with the rise of advanced social engeering attacks and apt's this behavior is alarming.

I would suggest making it a banner on the top of the page that persists onto all pages so you know its from Facebook instead of alert window. This way the user can be realitively sure that the message is from Facebook and can provide directions to security software directly so the user can be sure that they are getting the authorized software and not malware.
Reply  |  Post Message  |  Messages List  |  Start a Board
Editors' Choice
Hot Topics