Facebook will soon unveil an app that lets you connect with others anonymously, according to reports. Here's what we know about it.

Facebook's strict policy on requiring legal names in profiles drew complaints from the drag queen community last month after the social network deleted accounts belonging to several hundred performers. Facebook ultimately offered an apology and amended its real name policy to include "the authentic name they use in real life."

"We believe this is the right policy for Facebook for two reasons," said Facebook VP Chris Cox. "First, it's part of what made Facebook special in the first place, by differentiating the service from the rest of the Internet where pseudonymity, anonymity, or often random names were the social norm. Second, it's the primary mechanism we have to protect millions of people every day, all around the world, from real harm."

But the company appears to be taking a step in another direction with a new app that lets you interact anonymously with others. According to The New York Times, which cited unnamed sources at Facebook, the app has been in development for a year and is expected to be released in the next few weeks. 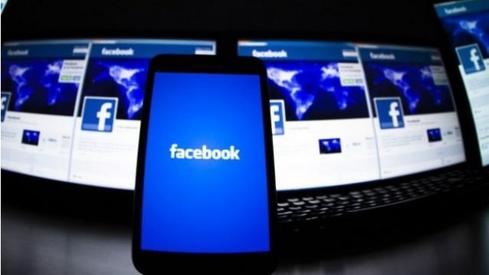 The report disclosed few details about the app but said that it would allow people to use multiple pseudonyms to openly discuss matters they may not otherwise be comfortable doing with their real names. It's also possible that the new app could tie into health community discussions, which the social network is also reportedly eyeing.

Apps that support anonymity are increasingly popular. Secret and Whisper are built on sharing and connecting with others anonymously, as is breakout social network Ello. More prominent social networks have contrasting policies on user names, including Twitter, which has always supported pseudonyms, and Google+, which recently ended its ban on fake names.

Facebook, it appears, has recognized users' contracting views on openness and hypersensitivity to privacy, and is willing to explore alternatives. At Facebook's F8 developer conference in May, CEO Mark Zuckerberg announced that Facebook Login, the button that allows third-party apps and websites to use Facebook login credentials, would support anonymous login.

Facebook also has an app in the works reportedly called Moments, which is designed to improve the social network's confusing privacy settings. People familiar with Moments likened the app to Cluster, which lets you create a private space to share photos, videos, and notes with select friends. Facebook employees are said to be testing Moments now.

Kristin Burnham currently serves as InformationWeek.com's Senior Editor, covering social media, social business, IT leadership and IT careers. Prior to joining InformationWeek in July 2013, she served in a number of roles at CIO magazine and CIO.com, most recently as senior ... View Full Bio
We welcome your comments on this topic on our social media channels, or [contact us directly] with questions about the site.
Comment  |
Email This  |
Print  |
RSS
More Insights
Webcasts
What We Can Learn from Sports Analytics
Building the SOC of the Future: Next-Generation Security Operations
More Webcasts
White Papers
IDC Workbook: Best Practices for Cloud Security
Passwordless: The Future of Authentication
More White Papers
Reports
The Drive for Shift-Left Performance Testing
2020 State of DevOps Report
More Reports

@freespiritny25 that was my impression too. Another frivolous anonymous app.
Reply  |  Post Message  |  Messages List  |  Start a Board

And in all actuality, people are already doing this by just signing up for a fake gmail, yahoo, etc account and opening fake facebook pages from there under an assummed name.
Reply  |  Post Message  |  Messages List  |  Start a Board

I can see an anonymous app being used mostly by the younger generation. It may be a therapeutic way to share with others that you might not normally want to discuss with friends or relatives. Facebook will look to make money anyway they can.
Reply  |  Post Message  |  Messages List  |  Start a Board
Editors' Choice
Hot Topics