Facebook dropped Microsoft's Bing as its search provider and will no longer include its results on the social network, the company confirmed this weekend. The decision follows the relaunch of Facebook's own internal search engine last week.

The beta version of Graph Search only let you search for contextual phrases such as "friends who live in San Francisco" or "friends who work for Microsoft." Bing provided search results for all other queries.

At the time, Zuckerberg acknowledged that users don't come to Facebook to perform web searches, "but if we can't find what you're looking for, it's a good idea to have this." A Facebook spokesperson confirmed to Reuters that the social network ended its partnership with Bing to concentrate on its own search feature. 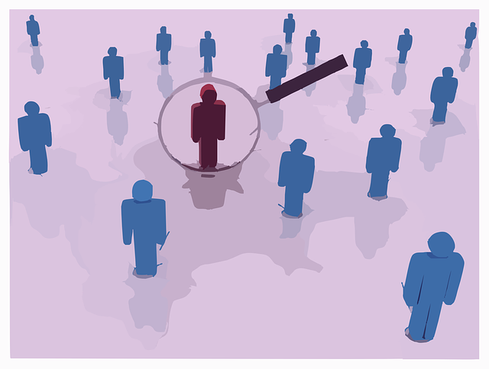 "We're not currently showing web search results in Facebook Search because we're focused on helping people find what's been shared with them on Facebook," the spokesperson said. "We continue to have a great partnership with Microsoft in lots of different areas."

The decision to sever ties with Bing isn't unexpected. Last week, Facebook announced new capabilities for Facebook Search and finally extended it to mobile after nearly two years in beta. The updated search function now lets you search your and your friends' old posts for keyword-based updates, links, pictures, comments, and videos.

"You've told us the most important thing is being able to find posts you've seen before, and now you can," Facebook's Tom Stocky, vice president of search, said in a blog post. "With a quick search, you can get back to a fun video from your graduation, a news article you've been meaning to read, or photos from your friend's wedding last summer."

In a call with investors in July, Zuckerberg pegged search as one of the company's strongest opportunities for growth. Users perform more than 1 billion searches every day on Facebook, he said, and suggested that the social network could one day replace traditional search engines.

"There [are] more than a trillion posts, which, some of the search engineers on the team like to remind me, is bigger than any web search corpus out there," Zuckerberg said.

While users likely won't miss the Bing integration, Microsoft could take a hit. According to ComScore, Bing represented 19% of web searches under its Facebook partnership, compared with Google's 67% market share.

Kristin Burnham currently serves as InformationWeek.com's Senior Editor, covering social media, social business, IT leadership and IT careers. Prior to joining InformationWeek in July 2013, she served in a number of roles at CIO magazine and CIO.com, most recently as senior ... View Full Bio
We welcome your comments on this topic on our social media channels, or [contact us directly] with questions about the site.
Comment  |
Email This  |
Print  |
RSS
More Insights
Webcasts
Cloud Security Threats Enterprises Need to Watch
12 Ways to Defeat Multi-Factor Authentication and How To Stop the Bad Guys
More Webcasts
White Papers
NetFlow vs Packet Data
[Exclusive InformationWeek IT Trend Report] The Cloud Gets Ready for the 20's
More White Papers
Reports
Can You Spare 10-12 Mins to Help Us Out with a Survey on Tech Trends?
Got 7 Minutes? Dark Reading Needs Your Help With Our Survey on Incident Response
More Reports

I only discovered a few weeks ago that Facebook actually filters my own friend's posts.  That is, just because one of my friends posts something, doesn't mean it'll make it to my facebook feed because FB took it upon themselves to choose for us what posts are likely more valuable.  That is, in my opinion, a serious privacy issue.  So when it comes to search, I trust Google...it is at the end of the day crowdsourcing.  My trust levels with FB is low so their search may be biased.  @Gregory_Silas
Reply  |  Post Message  |  Messages List  |  Start a Board

If I am searching something on facebook than my intension would be to search for a friend or a page, otherwise I would google it as this has become my instinct. I will always prefer keeping a separate search engine as my homepage rather than using it on my FB.

The question is if google would have partnered with FB, the response would have been same?
Reply  |  Post Message  |  Messages List  |  Start a Board

I don't usually search using facebook. If i do, it is mainly to search for friends or family.  I don't think facebook search will ever replace other search engine.  They all serve their unique purpose.
Reply  |  Post Message  |  Messages List  |  Start a Board

@Thomas: I might now.  Before, however, Bing search incorporated into Facebook's internal search just got in the way when I was trying to look for particular users/pages, popping up with not-so-helpful suggestions.
Reply  |  Post Message  |  Messages List  |  Start a Board

I use Facebook personally, as in, friends and family I actually know.  I don't use it proffessionally as I save that for Twitter and LinkedIn.  So for my simple use of Facebook, I find no benefit to searching old posts from friends since most are pregnancy and baby pictures, shared Buzzfeed articles, and countless complaints.  I think plenty of general users are in the same boat - in which case, I find little benefit to this extensive search.

Who knows though, I have used things in the past that I didn't anticipate needing.
Reply  |  Post Message  |  Messages List  |  Start a Board

I view posts as being extremely time dependent that lose their value with time, it is difficult to imagine a user searching posts that are old. A situation could arise where a user read a post and searches it out again to note down specific information but, if a user never came across the post in the first place then why would they be searching for it.

Overall, I agree that search needs to be re-envisioned but including posts are not going to do it and search in general is something that only a specialized company can do well.
Reply  |  Post Message  |  Messages List  |  Start a Board

The one scenario that does come to mind is that of a platform such as LindedIn, the site could combine a user's education level attained with the search query. For instance, a user that has a bachelor's degree in Biology would get a different set of results than someone with a master's degree in Biology. However, this would require that external information is reviewed and graded, which would be a difficult exercise. I agree it seems impractical.
Reply  |  Post Message  |  Messages List  |  Start a Board


Oh Zucky ( the Zuckster)  is at it again !   I cannot see  any real value in this move at all, just like I had a difficult time understanding what value Bing brought to the table - other than MS, which of course was the reason for it in the first place.

Please Zucky no one wants a Facebook centric world - at least I don't.


Why do I get the feeling Bing was just there for IPO purposes ?

The corollary to "everything belongs on Facebook" is Larry Ellison's world view that everyting belongs in Oracle. Are either of them right? Last time I checked everybody needed more than one source or one repository of information. I doubt if Facebook will put more resources into search development than Bing does. It's a secondary service on Facebook.
Reply  |  Post Message  |  Messages List  |  Start a Board
Page 1 / 2   >   >>
Editors' Choice
Hot Topics