Facebook wants to allow people to use its service without being watched or censored. Is that some kind of privacy oxymoron?

Facebook has begun offering access to users through Tor, software that allows people to use the Internet anonymously.

Developed to protect US intelligence communication by the US Naval Research Laboratory in the mid-1990s and augmented by the Defense Advanced Research Projects Agency (DARPA), The Onion Routing (TOR) project was first released in 2002 and has become the gold standard for online anonymity.

It remains controversial only because some believe privacy can be made available to some but not to others, as if guns worked only for the good guys or encryption had a backdoor only the good guys could access. It is a tool that provides pretty good anonymity, for better or worse.

[Should we love or fear a world of Internet-connected objects? Read The Internet of Things: 7 Scary Security Scenarios.]

Facebook wants to make it easier for Tor users to connect to its social network, an act that in some countries might pose problems. For example, Facebook has been banned in China since 2009, a consequence of government concerns about social media as a catalyst for such things as the ethnic riots in the Xinjiang region.

Tor users have been able to connect to Facebook in the past, but not without problems. Facebook security engineer Alec Muffett explains in a blog post that Tor presented problems for the company's security infrastructure: "Tor challenges some assumptions of Facebook's security mechanisms -- for example its design means that from the perspective of our systems a person who appears to be connecting from Australia at one moment may the next appear to be in Sweden or Canada. In other contexts such behaviour might suggest that a hacked account is being accessed through a 'botnet,' but for Tor this is normal." 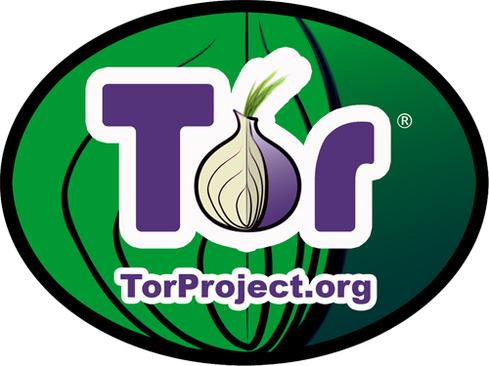 There's an element of cognitive dissonance in all this: The notion of using anonymity software to access an account strongly tied to personal identity, at a service with a long history of privacy challenges, is full of contradictions.

But Facebook has been softening its stance on identity and moving to improve security, perhaps because its previous calls to share everything sound odd now that the NSA's efforts to gather everything have come to light. The social network recently acknowledged that drag queens should be able to use stage names as their Facebook identities and has allowed Facebook login to function anonymously in third-party apps. Like other companies offering cloud-based services in the wake of Snowden's revelations about the breadth of data gathering by government authorities, Facebook has had to take steps to restore faith in the security it provides to users.

Unfortunately, Tor might not be enough to protect Internet users from scrutiny. According to The Guardian, the NSA targets users of Tor and can generally identify them.

It's safe to assume that other governments are trying to do so as well and might be able to. Russia's Interior Ministry over the summer offered 3.9 million rubles (US$90,000 at current rates) for information that could defeat Tor, which has seen growing usage in that country.

Thomas Claburn has been writing about business and technology since 1996, for publications such as New Architect, PC Computing, InformationWeek, Salon, Wired, and Ziff Davis Smart Business. Before that, he worked in film and television, having earned a not particularly useful ... View Full Bio
We welcome your comments on this topic on our social media channels, or [contact us directly] with questions about the site.
Comment  |
Email This  |
Print  |
RSS
More Insights
Webcasts
People Are The Most Important Part of Autonomous SOC
Nip Ransomware in the FUD: Detecting Attacks Pre-Encryption
More Webcasts
White Papers
The Psychology of Cyber: How Micro-Drilling Enhances Crisis Response
Trustwave Global Security Report
More White Papers
Reports
Intelligent Outcomes Are Key to Business Resilience
Enabling Enterprise Resiliency Through Cyberthreat Detection
More Reports

Sorry, but given everything I know (and have personally experienced) with regard to Facebook and its lip service only privacy policy throughout the years, the fact that it now wants to pretend to be concerned about user privacy is an enormous joke.  Trusting Facebook to utilize Tor is like trusting that the so called organic produce Walmart is selling is actually the real deal.  (Hint:  It ain't.)
Reply  |  Post Message  |  Messages List  |  Start a Board

I think personal information leaking to some extent is unavoidable in modern workld except you do not use any electroic device and do not touch internet, which is almost impossible. The user data is a gold mine for all business, not only just Facebook. The ease of connection and gaining information brought the trouble of personal data leaking as well.:-(
Reply  |  Post Message  |  Messages List  |  Start a Board

I think in light of the fact that government agencies probably capture more data on innocent citizens than they want to admit has brought Facebook to this point.

My belief is that Facebook will use my personal data to sell me things. That is their whole strategy. And even though the Guardian says the US government can detect Tor users, Facebook still wants to cater to a privacy-oriented crowd. Even so, what is using Tor with Facebook accomplishing? Hiding your location? That's about it.
Reply  |  Post Message  |  Messages List  |  Start a Board
Editors' Choice
Hot Topics