Over the summer, Facebook introduced a number of privacy settings, algorithm changes, buttons, and more. Here's an overview of all the new features and how they affect you. 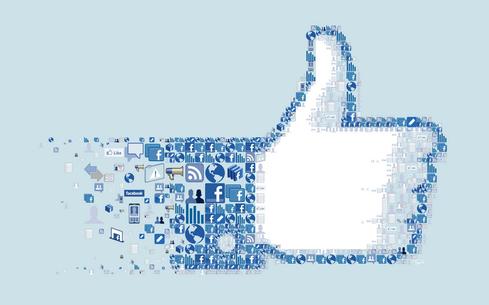 Facebook kicked off the summer of 2014 with a controversy that affected nearly 700,000 users. For one week in early 2012, the social network conducted an experiment to determine whether it could change the emotional state of some users by filtering the posts that showed up in their news feeds. (Spoiler alert: It could.) Many experts called Facebook's actions unethical.

"It's clear now that there are things we should have done differently," wrote Facebook CTO Mike Schroepfer. "For example, we should have considered other non-experimental ways to do this research. The research would have also benefited from more extensive review by a wider and more senior group of people. Last, in releasing the study, we failed to communicate clearly why and how we did it."

But in between the uproar over Facebook's emotion experiment and its belated apology was a summer filled with launches, algorithm tweaks, and privacy changes.

Facebook launched a few buttons: a Buy button, which is in beta, and a Save button, which bookmarks content for later, for example. It also dropped the chat feature from its main app; started tracking users' shopping and browsing habits; and cracked down on click-bait, like-gating, and other news feed spam.

Here's a closer look at 10 of this summer's most important Facebook changes and what they mean for you. First up, Messenger:

Facebook makes Messenger mandatory
Facebook's main app ditched its chat feature in July, when the social network began prompting users to download Messenger. The app's confusing permissions, however, caused a firestorm of misconceptions: Users blamed Facebook for intent to eavesdrop on conversations and snoop on text messages. Neither of these were true, of course, but that didn't prevent users from rating Messenger poorly in the app stores.

@Kristin Burnham -- Yeah I am. With the other things facebook is also becoming an easily accessible way of spreading hate. It does depends on the users how they take it but It would be better if Facebook resolves such solutions in a better way.
Reply  |  Post Message  |  Messages List  |  Start a Board

There's some truth to that, Bill, although I admit to enjoying the exchanges I have with people who are more than acquaintances and less than good friends. Without Facebook, I wouldn't stay in touch with them because I hate talking on the phone since I spend so much time on the phone for work. By the time the work day's over, the last thing I want to do is chat (or even text) via phone or email. Little exchanges on FB work perfectly. That said, I do self-censor a lot on FB and there are many things I would tell these friends that I won't -- simply because of the platform.
Reply  |  Post Message  |  Messages List  |  Start a Board

Facebook should improve the process of reporting the page. I feel it is rather difficult to understand the senitments each locality as how they percieve things. You can't categorise everyone in the same way.
Reply  |  Post Message  |  Messages List  |  Start a Board

I didn't the save button exsiste. I was sort of hectic to scroll down all the way to a post you saw earlier. And I don't think I will appreciate the buy button, as to me facebook is a place to socialise and look up on your friends, I know such things are good for business but as a user I won't like it.
Reply  |  Post Message  |  Messages List  |  Start a Board

I find a lot of the new changes will help. Click-bait articles should be suppressed on the news feed. I never click on those links to "see more", they get in the way of viewing pages of friends and family in my news feed.
Reply  |  Post Message  |  Messages List  |  Start a Board

I previously posted this on Alison's FB/healthcare article.  Appropriate here too...

"This article reminds me of precisely why I quit Facebook two years ago.  The whole business model of FB is to intrude into your life unsuspectedly, to sell off your personal information to anyone willing to pay for it.  All they provide is this phony playground to keep you busy contributing."

You can count on one hand, the number of true friends in your life, .. I didn't need 200 that I haven't heard from in 30 plus years, who could obviously care less about me.
Reply  |  Post Message  |  Messages List  |  Start a Board

I am going to give facebook some credit for the smart predictions in activities column. Twice this week when I decided to update my profile about the movie i was watching, facebook correctly predicted the name of the movie from the popular trends.
Reply  |  Post Message  |  Messages List  |  Start a Board

I am with you, Lorna, would like a service that respects me enough to let me contol my own feed
Reply  |  Post Message  |  Messages List  |  Start a Board