Twitter responds to criticism about stagnant innovation by announcing a handful of new features coming to video, messaging, and users' timelines.

Twitter wants investors to know it has a plan. The social network, which has been plagued this year by disappointing user growth and concerns about stagnant innovation, announced a handful of new features on Wednesday at its first Analyst Day event.

Twitter CEO Dick Costolo addressed the social network's growth and revealed that, though it may log just 284 million monthly active users, investors need to consider its other metrics -- including the 500 million-plus users who browse Twitter via third-party tools while logged out and the 185 billion impressions it generates from tweets embedded into websites.

"Over the coming months, we are picking up the pace of product changes and improvements," he said in a blog post. "As ever, that will involve a lot of experimentation, and we'll be listening to your feedback along the way to make sure we build a service you love."

Here's a look at the new features coming soon to Twitter. 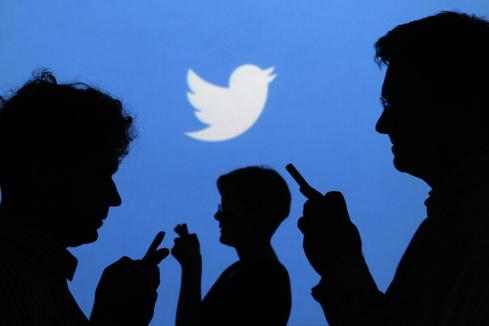 1. Video
Twitter announced a new tool to record, edit, and share your own videos -- apart from the six-second clips you can share via its video app, Vine. Twitter says there's a real-time component to it, which means it'll likely happen from right within the Twitter app. You can expect this feature to launch "in the first half of next year," the company said.

Twitter has focused on improving its rich media this year, introducing video, Vines, and GIFs into users' timelines and launching features that let you upload multiple photos, tag people in images, and use emojis.

Its continued focus on video in 2015 could pave the way for a broader rollout of video ads, which the company announced this summer.

2. Instant Timeline
Twitter's Instant Timeline feature is intended to help onboard new Twitter users who haven't yet cultivated a network of accounts to follow. This feed will display tweets from a variety of sources to help users discover people they want to follow and make sure they see fresh content, despite the size of their network, Costolo said.

"We believe that anyone should be able to come to Twitter and immediately feel deeply immersed in that world," he said.

3. Timeline Highlights
In addition to Instant Timeline, Twitter will introduce a new view of tweets called Timeline Highlights, which uses an algorithm to surface important posts you might have missed while you were away, the company said. Similar to Facebook's "Top Stories" view, the tweets aren't necessarily chronological, but they represent content that it thinks you'll find most interesting.

Twitter did not disclose when users can expect to see this feature, other than "soon."

4. Better private messaging
In July, Twitter updated its mobile apps to show users their entire direct-message history, and it added capabilities to streamline the process of deleting them both on mobile and the web. The last update it announced at its Analyst Day event hinted at "several updates coming that will make it easy to take a public conversation private," the company said.

The first update that it disclosed is the ability to share and discuss tweets natively and privately via direct messages. This feature will roll out next week, it said.

Kristin Burnham currently serves as InformationWeek.com's Senior Editor, covering social media, social business, IT leadership and IT careers. Prior to joining InformationWeek in July 2013, she served in a number of roles at CIO magazine and CIO.com, most recently as senior ... View Full Bio
We welcome your comments on this topic on our social media channels, or [contact us directly] with questions about the site.
Comment  |
Email This  |
Print  |
RSS
More Insights
Webcasts
What We Can Learn from Sports Analytics
How Elite Analyst Teams are Transforming Security with Cyber Reconnaissance
More Webcasts
White Papers
Presenting Your Cloud Security Strategy to the Board
The State of Threat Detection and Response
More White Papers
Reports
Are Unprotected Cloud Databases Leaking Your Data?
Building an Effective Cybersecurity Incident Response Team
More Reports

As much as people complain about Facebook's news feed algorithms, I can see how something like that with Twitter would be beneficial. As you said, lots of noise and not enough value.
Reply  |  Post Message  |  Messages List  |  Start a Board

I have worked with companies to help them with tweets. It seems lately like no one really wants to go on Twitter anymore. I certainly don't. There is so much extraneous noise and activity. It seems like it's only for media pickup these days.
Reply  |  Post Message  |  Messages List  |  Start a Board

Twitter new changes indicate that in order for them to maintain and continue to their growth, they must provide new capabilities.  I did wonder how they are going to get users' feedback on what new features they should add. Would they monitor their user trends? have some sort of specific tweets where people can comments. As with all things in twitter, how to sort out the important feedback from the non critical will be the real challenge.
Reply  |  Post Message  |  Messages List  |  Start a Board
Editors' Choice
Hot Topics

10 IT Trends to Watch for in 2021 Cynthia Harvey, Freelance Journalist, InformationWeek,  12/22/2020
White Papers
The Insecure State of Microsoft Teams Security
Presenting Your Cloud Security Strategy to the Board
Ahead of the Curve: Accelerate Cyber Response with DNS Insights
The Insider's Guide to IP Geolocation Data During COVID-19
Cloud Connectivity -- Your Guide to the Network