Early in the week we learned Microsoft is catching up with Amazon Web Services in Gartner's latest Magic Quadrant for Infrastructure-as-a-Service. Analysts discovered Microsoft is pushing the Azure cloud to its customer base. The service is showing rapid growth and in second place for marketshare.

After that, Microsoft announced plans to acquire interactive live-streaming service Beam. The startup service, which launched on January 5, lets players observe others and join in on games. Players can give one another challenges and affect each other's actions through visual controls.

[Google: QuadRooter threat is blocked on most Android devices.]

Beam will join the engineering group within the Xbox team, where it will continue operating under the leadership of cofounder and CEO Matt Salsamendi. Neither Microsoft nor Beam disclosed the sale price.

Microsoft stole the security spotlight this week when researchers discovered and reported the company accidentally leaked a backdoor key that enables users to unlock any device safeguarded by its Secure Boot security feature.

Secure Boot is built into the firmware of a device and authenticates processes during boot-up. The "golden key" policy, which is a way to alter the tasks performed during boot-up, can allow any user to turn off Secure Boot.

This could enable any user to install any operating system on a Windows PC, smartphone or tablet. However, it could also enable hackers with physical access to a machine to assume total control over a user's device.

Microsoft has since commented on the issue and stated the jailbreak technique described by the researchers does not apply to desktop or enterprise PC systems, Ars Technica reported. The company states it requires physical access and admin rights to ARM and RT devices, and doesn't compromise encryption protections. 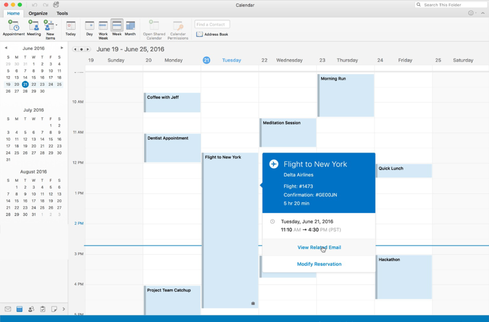 New features include the abilities to monitor travel and deliveries via summary cards in Outlook, add the @ symbol to include someone in an email, check accessibility in documents and spreadsheets, animate PowerPoint backgrounds, and suggest new Outlook features by clicking Help > Suggest a Feature.

We also learned this week HP plans to begin selling its Elite X3 smartphone in the US on September 5 at HP.com, Neowin reported. The Windows 10 Mobile phone was announced in February 2016. It is specifically designed for the enterprise.

HP wants the Elite X3 to be your only business device. The idea is it will be the core of a "new mobile ecosystem" and serve as a phablet, laptop, and desktop to work across several business environments.

It'll be interesting to see how the smartphone performs among enterprise customers. Microsoft has consistently demonstrated a weak mobile strategy; however, experts believe it plans to leverage the features in Windows 10 mobile to cater to business users.