Microsoft announces that its collaboration app GigJam Preview, which was previously invitation-only, is now available to everyone on Windows, Mac, iPhone, and iPad.

Anyone who wants to take Microsoft's business collaboration application GigJam for a spin now has the ability to do so, following the company's announcement that it is now available in preview for anyone to try.

GigJam, which was previously available only by invitation, provides a new way for teams to accomplish tasks by eliminating the barriers between devices and apps. GigJam Preview is available to users on Windows, Mac, iPhone, and iPad.

"In this new world, work becomes communal, with each person free to summon, divvy up and share just what they want, for only as long as they need, using any device," Microsoft's Vijay Mital wrote in a blog post. "We are targeting general availability as part of Office 365 later this year, so please stay tuned."

Examples of GigJam's functionality include the ability to send specific paragraphs of a draft contract, rather than the entire file, to a customer's smartphone when in discussions. 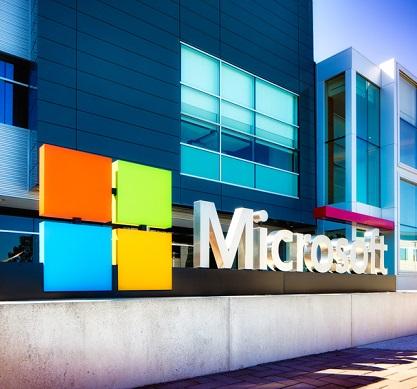 If you need a vendor's help filling in order details, the app lets you pull up the Salesforce order and related emails, hide the price, and beam over the information to the person's phone for editing.

Additionally, GigJam lets you send only the relevant documents to the smartphones of different members of your team -- drafts of brochures to your designer and text to your copywriter.

The announcement continues Microsoft's strategy of applications designed to make collaboration easier and more streamlined, especially when it comes to mobile technology.

Earlier this week the company announced the release of Planner, an addition to the Office 365 suite that lets users create new plans, organize and assign tasks, share files, chat about what they're working on, and get updates on progress.

Built for Office 365, Planner lets users attach files to tasks, work together on those files, and have conversations around tasks without switching between apps.

With Planner, all the team's discussions and deliverables stay with the plan and don't get locked away across disparate applications.

Microsoft is also beefing up its presentation and collaboration suite with the release of Office Online Server (OOS), which allows organizations to deliver browser-based versions of Word, PowerPoint, Excel, and OneNote, among other capabilities.

It is also backward-compatible with SharePoint Server 2013, Exchange Server 2013, and Lync Server 2013. Users can integrate other products with OOS through Microsoft's public APIs.

Microsoft has also taken another step toward bringing HoloLens into the enterprise. This week marked the launch of Outlook Mail and Calendar apps built for the untethered augmented reality headset.

Outlook Mail and Calendar built for HoloLens, the first holographic email and calendaring apps, will give developers the opportunity to explore how email and scheduling will work in a mixed-reality environment.

Nathan Eddy is a freelance writer for InformationWeek. He has written for Popular Mechanics, Sales & Marketing Management Magazine, FierceMarkets, and CRN, among others. In 2012 he made his first documentary film, The Absent Column. He currently lives in Berlin. View Full Bio
We welcome your comments on this topic on our social media channels, or [contact us directly] with questions about the site.
Comment  |
Email This  |
Print  |
RSS
More Insights
Webcasts
Securing and Monitoring Networks in the 'New Normal'
Protecting Your Enterprise's Intellectual Property
More Webcasts
White Papers
A Technical Deep Dive on Software Exploits
The Network for Whatever's Next; A CxO Guide
More White Papers
Reports
2021 Top Enterprise IT Trends
2020 State of Cybersecurity Operations and Incident Response
More Reports