Microsoft Outlook for Apple Watch is one of a few new productivity apps being released for Apple and Android wearables.

Microsoft is making moves in the wearables space by rolling out a new batch of apps for Apple Watch and Android Wear.

Developers have been working to build offerings for competitor wearable devices throughout the year. Microsoft already offers apps such as PowerPoint, OneDrive, and Skype for both Android Wear and Apple Watch.

The newest wave of wearable productivity apps is bringing Outlook, Wunderlist, and Yammer to Apple Watch; OneNote to Android Wear; and Microsoft Translator to both devices. Read on to learn more about each app and how it's optimized for your wrist: 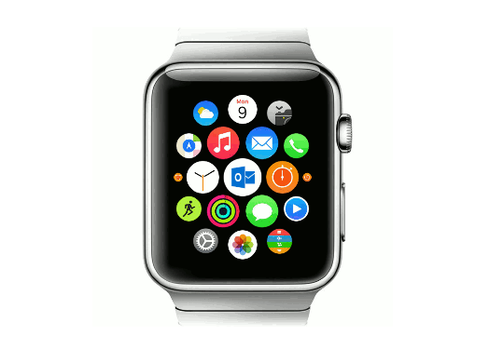 A scaled-down version of Outlook for Apple Watch brings your email to your wrist. The app lets you browse and read emails, archive, flag or delete message, or schedule them to appear later. If you want to respond to a message, you can access prewritten responses or voice dictation to write a message of your own. On the watch's Glance screen, you can view unread emails and calendar appointments. 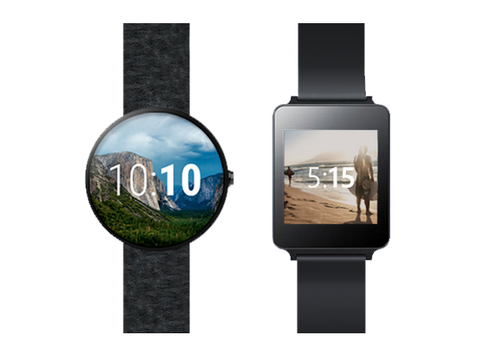 OneDrive notifications let you know about updates and edits to shared documents. In a fun twist on personalization, a new OneDrive watch face will display a photo from the previous 30 days each time the watch is activated. 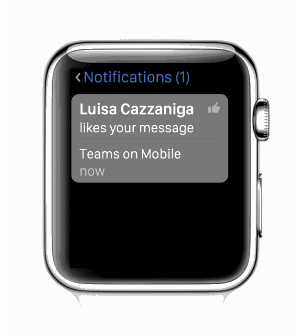 Microsoft is working to release Yammer for Apple Watch, which will provide quick notifications for conversations you're involved in or other announcements on Yammer. You can mark notifications with Like or Mark as Unread, or tap View on Phone to respond to messages with your iPhone. 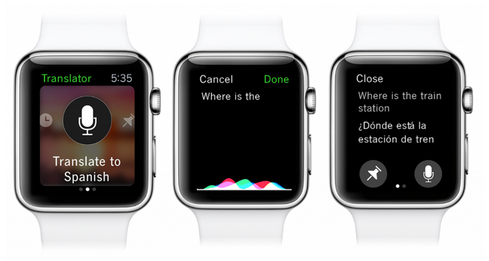 The new Translator app for Android Wear and Apple Watch supports 50 languages and lets you speak into your watch for quick translations. If you want to speed up the process, you can browse recently used phrases or pin commonly used phrases and settings to your watch screen.

Redmond does have its own wearable, the Microsoft Band, which can be used to track heart rate, calories burned, and quality of sleep. It also sends alerts for calendar events and email previews, and digital assistant Cortana was added to the Band's list of features earlier this year.

The decision to optimize Microsoft apps for Apple Watch and Android Wear does not mean the Band is fading away; rather, it's another sign of CEO Satya Nadella's mobile-first, cloud-first mission put into play.

Nadella has demonstrated strong commitment to putting Microsoft into as many hands as possible, which has included building apps for competitor PCs, tablets, and smartphones. Outlook arrived on iOS and Android back in January, and Cortana will be released on both platforms later this year.

Kelly Sheridan is the Staff Editor at Dark Reading, where she focuses on cybersecurity news and analysis. She is a business technology journalist who previously reported for InformationWeek, where she covered Microsoft, and Insurance & Technology, where she covered financial ... View Full Bio
We welcome your comments on this topic on our social media channels, or [contact us directly] with questions about the site.
Comment  |
Email This  |
Print  |
RSS
More Insights
Webcasts
Securing and Monitoring Networks in the 'New Normal'
Protecting Your Enterprise's Intellectual Property
More Webcasts
White Papers
From MFA to Zero Trust
Passwordless: The Future of Authentication
More White Papers
Reports
Assessing Cybersecurity Risk in Todays Enterprises
Are Unprotected Cloud Databases Leaking Your Data?
More Reports

Email on my watch? How futuristic!

Now I'm going to be seeing people driving while looking at watches, not just smartphones. Is this a good thing? No, it's dangerous.

I get that technology is improving our lives steadily, but I think these devices are totally dangerous to be using while driving. What are the protections to stop people from doing this? There aren't really any right now.
Reply  |  Post Message  |  Messages List  |  Start a Board

Exactly- and I think that's Nadella's angle here. Well, at least the part about getting a broader and more active user base for Microsoft apps. The company is banking on success with Windows 10, but even if that falls short of expectations, Microsoft will have a lot more users on iOS and Android platforms.
Reply  |  Post Message  |  Messages List  |  Start a Board

The new Microsoft strategy is admirable. Getting apps on all platforms is a good strategy to gain traction, adoption and active user base.

If Microsoft can not make users love Windows 10. It can at least have their favorite MS apps on their favorite platforms.
Reply  |  Post Message  |  Messages List  |  Start a Board
Editors' Choice
Hot Topics