As the world counts down to WWDC 2015, we speculate about the new products and services that Apple might unveil. From iOS 9 to other news, here's what to watch out for.

We can usually expect Apple to keep quiet before major events like this (and, well, in general), but that doesn't prevent details leaking or predictions being made. The tech community has been abuzz with rumors about what might roll out at this year's WWDC.

[Do you agree that Apple's HomeKit is an Innovation Killer?]

Before Apple's Spring Forward media event in early March, it was pretty clear that the new Apple Watch would take the stage. Officials also unveiled a new retina MacBook and partnership with HBO.

Following that, it's unlikely that we'll see any new products announced at WWDC 2015. However, that doesn't mean there won't be news.

Apple is expected to unveil a number of new updates and services that will affect both its developer and consumer audiences. Here's a look at the predictions we've been hearing and seeing about what's in store on Monday:

Ensuring high-quality performance in iOS 9 is critical for Apple. The newest iteration of its mobile OS is expected to get some major stage time next week. We're expecting to see a number of updates, including more integration among apps and a fresh new design.

Additional OS features allegedly on their way include a new project called Proactive, which combines Siri with apps including calendar, contacts, and Passbook. Proactive will reportedly be able to do things like surface location information based on appointments in its user's calendar. It seems to be Apple's answer to the Google Now service.

iOS 9 is also expected to pack a new kernel-level security feature called Rootless, and support multitasking capabilities and multiple logins. We're also hearing that Apple will mention Force Touch, but don't expect many details until the next wave of iPhones is released. 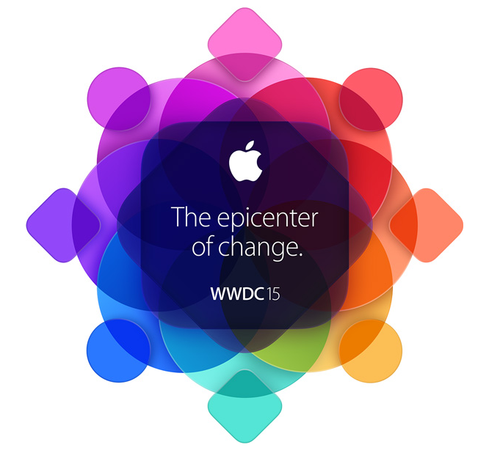 In keeping with the OS theme, Apple is expected to release updates to its OS X platform. This will reportedly be more of a stability upgrade, writes Forbes, but we might also see a few new features. The main focus will likely be further integration among OS X, iOS, and iCloud.

Now that Apple Watch has been on consumer wrists for over a month, Apple has heard both positive and negative feedback about the wearable's interface, apps, and various use-cases. Rumors of a software update and of improved apps have been floating around.

The developer audience at WWDC is expecting to hear about an Apple Watch SDK giving them the ability to develop native third-party apps for the wearable. While new developer tools should include the ability to build and test apps, it's unclear whether Apple will give developers the power to run their apps on consumer devices.

An upgrade to the Maps app may also be on the WWDC schedule. After pulling a new transit directions feature from last year's WWDC lineup, 9to5Mac reports that a new Transit service may be coming for iOS 9. The upgrade will include navigation for bus, train, and subway routes through the Apple Maps app. This would be the first time these features would be available via Maps since Google was the official map data provider for iOS.

Apple has also been working on an indoor mapping service to help iOS users find their way around key landmarks, buildings, and offices using Maps. While consumers may not receive this capability in 2015, it's worth noting that Apple has allegedly begun mapping its Cupertino offices.

A new music streaming service expected at WWDC will reportedly put Apple in direct competition with Spotify, writes TechCrunch. The service is predicted to deliver on-demand music library access for about $10 per month. This would signify the continued development of Microsoft's Beats acquisition.

While we'll probably hear more about the music service at WWDC, it's unlikely that it will be available to consumers until fall.

Not this time. Despite earlier rumors, it doesn't look like we'll see a new Apple TV at WWDC 2015. A new report from The New York Times claims that the new TV has been delayed because it's not yet ready for launch.

Kelly Sheridan is the Staff Editor at Dark Reading, where she focuses on cybersecurity news and analysis. She is a business technology journalist who previously reported for InformationWeek, where she covered Microsoft, and Insurance & Technology, where she covered financial ... View Full Bio
We welcome your comments on this topic on our social media channels, or [contact us directly] with questions about the site.
Comment  |
Email This  |
Print  |
RSS
More Insights
Webcasts
People Are The Most Important Part of Autonomous SOC
Nip Ransomware in the FUD: Detecting Attacks Pre-Encryption
More Webcasts
White Papers
The State of Endpoint Security
Dissonance in Data Security
More White Papers
Reports
Are Unprotected Cloud Databases Leaking Your Data?
DNS Network Traffic Volumes During the 2020 Pandemic
More Reports

To me, a lot of these updates seem underwhelming. I understand this is a developer conference, and these platform upgrades are part of moving the ecosystem forward. But do we need a new version of OS X every year? Stability upgrades? Can't they just do that through a update release schedule and not require a whole new version of the operating system?
Reply  |  Post Message  |  Messages List  |  Start a Board

"This would signify the continued development of Microsoft's Beats acquisition."

Same here! So far as I know, it's just a streaming service. But we'll know more when the show kicks off in about 1.5 hours.
Reply  |  Post Message  |  Messages List  |  Start a Board

This is a good offer - does it allow download or just streaming? $10 per month is a good deal and I am inclined to subscribe to it.
Reply  |  Post Message  |  Messages List  |  Start a Board

> The service is predicted to deliver on-demand
> music library access for about $10 per month.
> This would signify the continued development
> of Microsoft's Beats acquisition.

Unlimited music streaming service for $10 per month. I am in! And I am sure there'll be millions like me too.
Reply  |  Post Message  |  Messages List  |  Start a Board
Editors' Choice
Hot Topics