50%
Tweet
Microsoft cuts support for Windows XP in less than a month, but millions still use the OS. Are these rationales worth the risk?

Hundreds of millions of people are still using Windows XP, even though Microsoft will stop supporting the 12-year-old OS in less than a month. Most experts doubt that unpatched XP systems will wreak widespread havoc, but they agree that many XP holdouts face significant risks. Even if XP's retirement doesn't cause systemic devastation, it opens the door for cyberattacks that could still crush unprepared businesses or individuals.

If the risks are real, why do so many people continue to gamble on XP? Here are six top excuses we've heard. Let us know in the comments if you're sticking with XP for a reason we missed.

1. Upgrading from XP is too expensive. Tight budgets are a problem for consumers and businesses alike, and many have blamed financial constraints for their failure to upgrade. For many with older XP systems, the cost of upgrading involves not only new licenses, but also new hardware. As smartphones and tablets have become more capable, many people have postponed or canceled PC upgrade plans. As a result, millions of active XP systems lack the specs to satisfactorily run Windows 7 or Windows 8.1. Moreover, even among those whose XP systems run on more capable hardware, the expense of new licenses can be prohibitive.

2. Windows 7 and 8.1 pose application-compatibility problems. Many businesses rely on applications that were designed for XP and do not run well, or at all, on more modern operating systems. Some companies depend on software whose vendors have since disappeared, or who will no longer issue updates for XP-based titles.

[What will happen if you're still running Windows XP after April 8? Read Windows XP Goes Dark: 5 Things to Expect.]

For some, the cost of replacing old licenses with new ones can be daunting. Office 2003 will also lose support in April, for example. Some happy Office 2003 users are balking at what they perceive as artificial pressure to upgrade, not only to a new operating system, but to a new version of Office as well.

3. I think XP is good enough. As the preceding point about Office 2003 attests, many people refuse to abandon XP, because they think the OS is already good enough for their needs. For every power user who needs a cutting-edge system, there are several people who just need simple access to email, a web browser, and possibly a few desktop applications, namely Office (or so this line of reasoning goes). 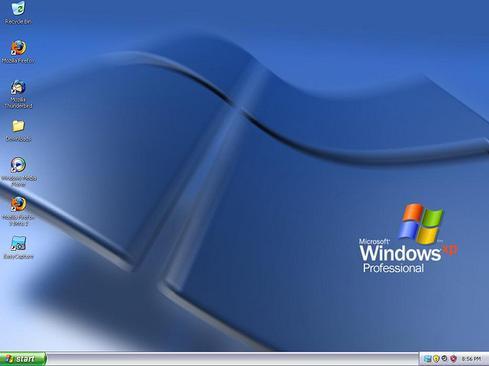 This excuse is somewhat debatable. Even if you have very basic needs, tales of XP systems that take 10 minutes to boot are legion. If you have a very relaxed schedule, that might be fine, but it's hard to see how productivity doesn't become an issue at some point, especially for those with older hardware.

4. I'm not connecting Windows XP to the Internet. As mentioned above, beyond April, Windows XP won't be particularly safe for general computing -- that is, anything that involves connecting to the public Internet. Luckily, many of the XP systems still running in businesses have been assigned other tasks, such as running a single application on a private, secure network.

5. I planned to upgrade, but I ran into bad luck. In an interview, Forrester analyst David Johnson said some companies began migrating from Windows XP to Windows 7 but ran into delays of some kind, including unforeseen application compatibility problems, changing budget priorities, and other unanticipated factors. Many companies in this position have been forced into secondary plans, such as revoking administrative privileges from XP systems that cannot be retired and relegating these systems to single-application use.

6. I hadn't realized my computer was still running Windows XP. This one might seem improbable, given that XP systems are now issuing monthly pop-up notifications to hassle their owners into upgrading. Still, not everyone is technologically savvy, and many have grown accustomed to reflexively closing pop-ups without bothering to read what they say. Moreover, given that tablets and smartphones have usurped many PC tasks, it's easy to imagine aging XP systems that just sit in the corner, collecting dust and getting turned on perhaps once or twice a month when the user needs Office. Given that several million such systems are probably out there, at least a few people might not even see Microsoft's notifications until after XP support has ended.

Most InformationWeek readers probably don't relate to this level of tech obliviousness, but Microsoft appears to recognize some customers need more help than others. The company recently made PCmover Express, a file migration tool, available for free, and even maintains a website that tells you whether you're running Windows XP. Nevertheless, with so many people still using the OS, it's inevitable that a few will suffer malware mishaps simply because they hadn't realized they needed to act.

Michael Endler joined InformationWeek as an associate editor in 2012. He previously worked in talent representation in the entertainment industry, as a freelance copywriter and photojournalist, and as a teacher. Michael earned a BA in English from Stanford University in 2005 ... View Full Bio
We welcome your comments on this topic on our social media channels, or [contact us directly] with questions about the site.
Comment  |
Email This  |
Print  |
RSS
More Insights
Webcasts
How Cyber Attackers Will Use & Abuse AI, ML Against the Enterprise
Enabling a Smooth DX Transformation in the Post-Pandemic New Tomorrow
More Webcasts
White Papers
Getting The Right Cloud Management
Threat Hunting Made Easy
More White Papers
Reports
The State of IT Operations and Cybersecurity Operations 2020
Annual Threat Intelligence Report: Perspectives and Predictions
More Reports

...you know, there are other browsers there outside....in fact, as I read last time, IE was a far second in the market, just going down to the third place...
Reply  |  Post Message  |  Messages List  |  Start a Board

This guy just forgot the main *excuse* not to leap forward....my computer does not have support for a new operating system and I do not have the budget to buy a new computer....
Reply  |  Post Message  |  Messages List  |  Start a Board

Using words like "holdouts' and "excuses" indicates that you are on the Microsh*t payroll. We don't need to buy junk like Win8 when XP works just fine. Personally I have XP machines and Win7 machines. I might upgrade XP to Linux Mint on my XP machines since Microsh*t treats it's millions of customers like sh*t. There's no excuse in the world for MS to screw it's user base by pulling the rug out from under all of us. They could easily continue to support XP as they have been doing at little cost to them. Eventually everyone will upgrade anyway - machines die, sooner or later people want the newer features (assuming they work in a user-friendly manner) or they need new functionality not provided in XP. MS needs to learn the value of something called "good will". They ought to learn that doing the right thing is more important than tryiing to squeeze every last dollar out of the rest of us. I'll be damned if I give more money to Bill Gates and Steve Ballmer just so they can have even more billions. Blank'em!
Reply  |  Post Message  |  Messages List  |  Start a Board

"The big problem will come when web pages no longer work with IE 8, as this is the last version of IE likely to work on XP."

Good point. A lot of businesses rely on tools that were built for IE 8. To address potential problems, the new version of IE that will launch with this spring's Windows 8.1 update is supposed to have some kind of IE 8 compatability mode.
Reply  |  Post Message  |  Messages List  |  Start a Board

"Have you noticed how many recycled XP machines that don't have the power to run 7 are now being offered with Ubuntu?"


I agree with the others who've said Ubuntu is too niche to fill XP's shoes-- but I think this quote brings up a good point. Some really puny hardware that won't come close to running Windows 7 will still comfortably run Linux. Here are the system requirements for Ubuntu: 700 MHz processor, 512 MB RAM, and a minimum display resolution of 1024x768 pixels. Some other Linux flavors support even more meager specs.

Moving to Linux will be something of a project for many XP users, so I don't anticipate many will do so. But if you have a little time on your hands and an old XP machine that would otherwise go in a landfill, Ubuntu could extend the life of your PC. For anyone who's truly ticked at the prospect of buying a new computer, it's at least one option.

I don't think that's splitting hairs or a minor quibble at all, actually. I've heard a lot of complaints about device driver problems. Thanks for bringing it up-- great point.

I think Microsoft is missing a huge income opportunity by not shifting XP to a paid subscription for maintenance and Microsoft Security Essentials upgrade.  Most sites would be willing to pay $25 per year per XP installation (with discounts for more XP machines at a site).
Reply  |  Post Message  |  Messages List  |  Start a Board

Regarding too expensive to upgrade:

I'm pretty sure Microsoft made reduced price upgrades avaialable for Vista, 7 and 8 when they first debuted.

Most programs would run but they won't install because their installers made assumptions about where the user folder is or where configuration files should go.  Further, some programs try to write to places outside the user folder and a normal user doesn't have access to do that unless they set their account as an admin and disable UAC.  Disabling UAC in Windows 8 prohibits modern apps from running.

Perhaps I'm splitting hairs but the most aggregious compatibiilty problems generally come from device driver hassles.  Vista changed the driver model and if the hardware vendor didn't provide new drivers for your device, you were SOL.  There's no solution.  This really bugged me because of all the backward, backward compatibility Microsoft builds into Windows, why wouldn't they foresee folks wanting to run a legacy driver?  Why couldn't they have provided a sand-box to run these drivers and at least let folks continue to use their trusted scanners, printers and other peripherals that were fine but rendered useless for no other reason than the Vista/7/8 driver model cannot use their drivers?  I had a relatively expensive SCSI scanner from years ago that I trashed because HP never released updated drivers for it.  That ticked me off big time.
Reply  |  Post Message  |  Messages List  |  Start a Board
Page 1 / 4   >   >>
Editors' Choice
Hot Topics