7 Microsoft Improvements We Need To See
(Click image for larger view and slideshow.)

At the end of its first fiscal quarter for 2016, Microsoft is maintaining its strength in cloud and demonstrating ongoing failure in the mobile space.

These were a couple of key takeaways from Redmond's Q1 earnings report for FY2016, released Oct. 22. The results reflected a new financial reporting structure that divides earnings into three segments focused on personal computing, productivity, and cloud.

First-quarter earnings, which demonstrate adjusted revenue of $21.7 billion, were largely driven by cloud. The Intelligent Cloud category, which includes products and services like Windows Server and Azure, increased 8% to hit $5.9 billion.

The success of cloud stands in stark contrast to the decline of Microsoft's More Personal Computing segment, which saw revenue topple 17% to $9.4 billion. The drop can be largely attributed to mobile; phone revenue tumbled 54% during the quarter.

"The job reductions were spread across more than one business area and country and reflect adaptations to business needs," said a company spokesperson in a statement. This news follows a round of 7,800 layoffs in July, which primarily affected the mobile division.

Despite the ongoing mobile struggle, Microsoft is continuing development of Windows 10 Mobile. This week it released Build 10572 to Windows Insiders in the Fast ring, and it's available as an update from Windows Phone 8.1.

A few handy features in 10572 include the ability to send texts and receive missed call notifications with Cortana on the PC; use Skype within the universal apps for Messaging and Phone; save offline maps to an SD card, and access an improved UX for storage settings.

Mobile payments are on the horizon for Windows phones and tablets, as indicated in reports from Re/Code and The Verge. In a joint interview, VP Joe Belfiore stated Microsoft is doing "a bunch of work" in the mobile payments space and confirmed, "Windows is going to have a wallet concept."

Belfiore did not mention a timeline for the payment system, but did note Windows Hello, the facial recognition technology, is the type of authentication it would use to improve payments. 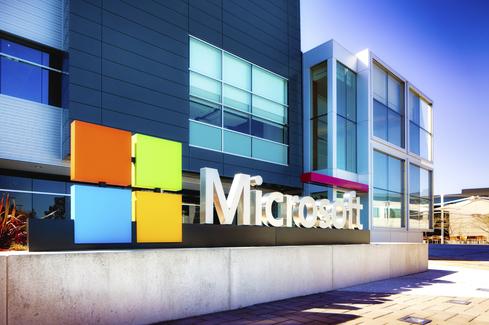 Microsoft is ramping up efforts to boost hardware sales, specifically among enterprise customers. The company announced two additions to its Surface Enterprise program shortly after the release of its Surface Pro 4 earlier this month.

The Surface Enterprise Initiative, first announced in September, will now include a trade-in program through which companies can exchange their old Surface devices for discounts on the Surface Pro 4.

A package called Microsoft Complete for Enterprise includes claim-pooling, next-day air for replacement devices, replacement claims for non-bootable devices, and access to an onboarding center. The bundle is intended to boost adoption of both Surface Pro 4 and Windows 10. It will be available early next year.

Those already using Windows 10 can expect the upcoming Threshold 2 update to roll out in early November, confirms The Verge. It includes a series of fixes, changes to the user interface, and a few smaller changes to its Edge browser. The upgrade will ship as a cumulative fall update, reports Paul Thurrott.

Kelly Sheridan is the Staff Editor at Dark Reading, where she focuses on cybersecurity news and analysis. She is a business technology journalist who previously reported for InformationWeek, where she covered Microsoft, and Insurance & Technology, where she covered financial ... View Full Bio
We welcome your comments on this topic on our social media channels, or [contact us directly] with questions about the site.
Comment  |
Email This  |
Print  |
RSS
More Insights
Webcasts
Detecting and Preventing Insider Data Leaks
Hybrid Cloud: The Great Balancing Act
More Webcasts
White Papers
Sunburst: Impact and Timeline
The State of DevSecOps Report
More White Papers
Reports
The State of Threat Detection and Response
Building an Effective Cybersecurity Incident Response Team
More Reports

"focus on other area where they have a competive advantage such as home entertainment. "

Using the remote app on my phone to access the PCs is just seamless. Microsoft has many strenghts...it's about leveraging where it can be leveraged.

The "social media hungry" consumer market is a different beast...it's all about look and feel, and the competition is fierce
Reply  |  Post Message  |  Messages List  |  Start a Board

I think windows 10 phones will allow for a much better experience overall. I'm already testing it and I really like it, since the process of switching from phone to desktop is seamless.

I think microsoft is heading down the right path.... but I still see this being a huge hit for business and power users, and not so much for your average "social hungry" consumer.
Reply  |  Post Message  |  Messages List  |  Start a Board

@mak63, Google Play and iTunes media my friend.  The stuff you pay cash to get a license to use/play.  Go ahead and try to copy and paste them then try to use them without iTunes or Google Play.
Reply  |  Post Message  |  Messages List  |  Start a Board

I agree. I'm fan of Windows Phone. I have Lumia 930 too. It pleases me for almost 2 years. In comparison to htc 8x my smartphone is more supported by updates.
Reply  |  Post Message  |  Messages List  |  Start a Board

@DDURBIN1 By media you mean, videos, music and pictures? I thought you can just copy and paste those to any phone or any computer for that matter. If people don't know how to do that, and many don't; well, that's another story.
"Neither Apple nor Google have released their app running on Windows Mobile"
Google Drive and iCloud? I might agree with you on that one. I can't believe they haven't been ported to Windows phone yet. But still can get them on a computer, right?
Reply  |  Post Message  |  Messages List  |  Start a Board

@yalanand "... it captures beautiful pictures"
I agree with that completely. Actually, when one my friends asked me for recommendation about a good camera, I told him to buy a Lumia. He would have an awesome camera and a good phone for the price of one.
Reply  |  Post Message  |  Messages List  |  Start a Board

@pedro: It's not that they don't mix, it's just that they arrives at the wrong time. Microsoft pulled out when Steve Jobs was showcasing the first iPhone and didn't follow up or try to beat him in his own game. They did try, but after 3 years. So they lost the market.
Reply  |  Post Message  |  Messages List  |  Start a Board

I have a Lumia 930. That's it. It's a great phone. Doesn't hang, the problems are being solved by periodic updates and it captures beautiful pictures. I still think Lumia phones are the most underrated phones in the world. I would buy a flagship Lumia over an iPhone 6s if their business app support is good enough.
Reply  |  Post Message  |  Messages List  |  Start a Board


@mak63, The Lumia phones of last year and this are quite good, actually excellant.  Because of the low demand (less than 3% of market) carriers have all dropped the phones except AT&T.  But the real problem is with consumers not switching from an iPhone or Android phone because of the investment in their media libraries.  No one wants to reinvest (repurchase) media in their libraries to use on a Windows Phone.   Such is the cows are in the pasture.  Neither Apple nor Google have released their app running on Windows Mobile.  We will see how "universal" Windows 10 PC application will be.  At this point only the business sector might be willing to invest in Windows 10 Moble smartphones but here too prevous investments have been in Blackberry, Apple, and Android.

"... phone revenue tumbled 54% during the quarter."
I don't quite get why the Windows phones keep falling. Those Lumias seem to be very good phones, aren't they? Perhaps the jump in sales would come later? Did anybody here try them out?
Reply  |  Post Message  |  Messages List  |  Start a Board
Page 1 / 2   >   >>
Editors' Choice
Hot Topics