Microsoft rolled out Windows 10 Build 14316, giving Insiders the option to try Cortana updates, Skype UWP preview, and native Bash on Ubuntu on Windows. Here are 10 features worth trying out. 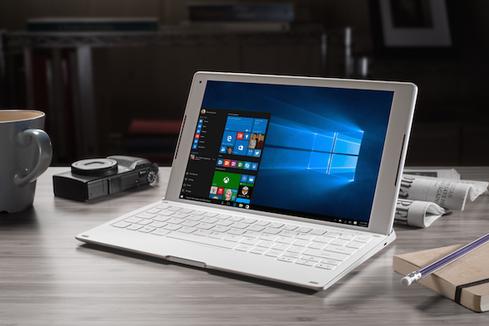 The introductory keynotes on day one started with some major news for Windows 10. In July 2016, Microsoft will roll out a Windows 10 Anniversary Update to bring new features to consumers and developers alike.

In the eight months since Windows 10 officially launched, Microsoft claims its newest OS has more than 270 million active users. It says it aims to reach one billion of them by the anniversary date in 2018.

[Will Surface Phone arrive in 2017? Sources are saying yes.]

Microsoft made Windows 10 generally available on July 29, 2015, so there's a good chance we can expect the anniversary update on or around that date. Before it releases this major update, Microsoft will give Windows Insiders the chance to try features being developed as part of the upgrade.

Many of these changes, which include updates to Cortana and an early version of the Skype universal app, recently arrived for Insiders as part of Preview Build 14316. Testers will be happy to learn this build also includes a few key fixes, also detailed in Microsoft's blog post.

As with any preview build, 14316 also has a few bugs worth noting before you download. Large downloads in Edge may get stuck at 99% completion, turning on Developer Mode may crash Settings, and the Visual Studio emulator will fail, so Microsoft encourages developers to wait for this build to hit the Slow Ring before downloading.

Here, we take a closer look at some of the features in Build 14316 you'll likely be most excited to try, and one that's on its way. Will you be downloading the newest preview build? Which of these features would you most appreciate?

(All images from Microsoft Corporation)

It's suppose to be a modern design which new people love it, old people hate it. MS is not gonna hear you. So stick with windows 7.

I use Cygwin (bash). It's nothing like the real Linux. Many things linux can do and windows can't. There is no guranteee that the app you write under it will work in a real Linux machine. It's a toy for beginners.

I remember the old day, i could not get Dragon to hear a single word from me. I learnt to stay away from voice recognition system.
Reply  |  Post Message  |  Messages List  |  Start a Board

... Win 10 still fails to properly several of the AMD systems that I have, dropping sound, video, and networking for no apparent reason. Nice that I can now custmize he action panel, but half the time it doesn't even show up when I click the task bar icon. And Cortana? That puppy either has a hearing problem or discriminates me for my slight accent. Utterly useless because it never understand what I told it. So I am left with typing things in which returns a cluttered hodgepodge of local and remote items that most of the time have zero relevance to what I am searching for. Sadly, most searches are for applications installed on the Win 10 system because wiithout a decent menu control (aka the old start menu) it is insanely difficult to find the shortcut for apps.

All these listed features do not matter a bit if these fundamental issues are not resolved. And yes, I reported those to Microsoft through the feedback app, which is also a klunky tool. Given how many complaints about always the same issues are filed I can only assume that Microsoft throws all the feedback into the digital trash anyway.

Very interesting in No. 4 that the bash shell from Ubuntu is now a native interface on Windows 10.
Reply  |  Post Message  |  Messages List  |  Start a Board
Editors' Choice
Hot Topics