This week's Microsoft news roundup includes Build 10512 for Windows 10 Mobile, Skype for Business on iOS and Android, and some major Windows 10 security fixes.

This week, Redmond delivered the usual wealth of Windows 10 updates, as well as news on Windows 10 Mobile, critical Windows security fixes, and Cortana for Android. Windows 10 updates also came from Bank of America, which is looking towards an early adoption.

InformationWeek sat down with Bank of America CTO David Reilly to discuss his plans for Windows 10, his greatest security concerns, and the evolving relationship between business and IT. Reilly expressed enthusiasm for Windows 10 and is leaning toward an early upgrade for the bank.

"We're looking to adopt as early as we can," he said. Half of the bank's leadership team is already running the new OS, and Reilly is hoping a build can be created for Bank of America's environment by November.

Why so soon? An OS that works the same across tablets, desktops, smartphones, and laptops is essential for Bank of America employees, many of whom require multiple devices. Further, Reilly noted, the upgrade process for Windows 10 appears to be much smoother than the transition to Windows 7.

In other Windows 10 updates, we learned early this week of Cortana's availability for Android smartphones. This marks the end of a private beta testing period, which started last month.

The most recent beta update of Cortana for Android enabled users to replace their old Google Now shortcut by holding down the home button to prompt Cortana. Microsoft's digital assistant uses Bing, so the feature could help Redmond take greater hold of a search market currently dominated by Google.

This week marked the launch of Windows 10 IoT Core, a trimmed down version of the OS designed for IoT devices like Raspberry Pi. The release is a Windows milestone, because devices that don't run on x86 processors can now run Windows 10. 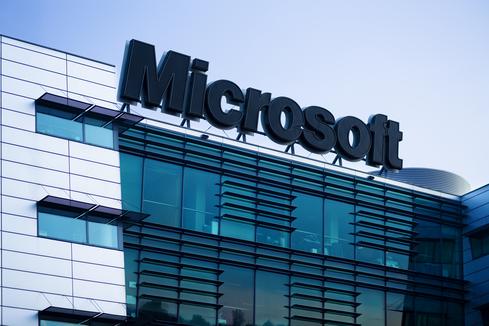 Finally, we got a mid-week Windows 10 Mobile update when Microsoft rolled out Build 10512 to the Fast ring of Windows Insiders. The build is buggy, but it packs a few new features. Officials promise we'll see more frequent mobile builds going forward.

On the Office front, Microsoft launched a preview of its Skype for Business apps for iOS and Android devices. The preview brings redesigned In-Call and In-Meeting experiences. There's a simple dashboard interface for quick access to upcoming appointments, recent phone calls, and chats, with an included "Quick Join" icon to jump into meetings.

Yammer and its mobile apps were also revamped for release this week. In addition to a new look, Yammer now includes a discovery feed for discussion updates, indicators to alert you of group activity in real time, more immersive group experience, and a group workflow feature for switching group views.

Mobile updates for Yammer include new photo-sharing and markup capabilities, integration with Dropbox and OneDrive, and the ability to search and invite coworkers via email.

Kelly Sheridan is the Staff Editor at Dark Reading, where she focuses on cybersecurity news and analysis. She is a business technology journalist who previously reported for InformationWeek, where she covered Microsoft, and Insurance & Technology, where she covered financial ... View Full Bio
We welcome your comments on this topic on our social media channels, or [contact us directly] with questions about the site.
Comment  |
Email This  |
Print  |
RSS
More Insights
Webcasts
The Failures of Static DLP and How to Protect Against Tomorrow's Email Breaches
ROI and Beyond for the Cloud
More Webcasts
White Papers
From MFA to Zero Trust
Transforming the Corporate WAN: Enterprise Network Insights
More White Papers
Reports
The Malware Threat Landscape
The ROI Of SD-WAN: Not Just A Numbers Game
More Reports

I agree, I was surprised to hear that myself! Though after talking with David, an earlier upgrade makes sense. If Windows 10 can prove effective across devices and the bank can undergo a smooth transition from Windows 7 to 10, there's no reason not to make the switch. Sounds like BoA is taking the proper precautions, so hopefully the rollout goes off without a hitch.
Reply  |  Post Message  |  Messages List  |  Start a Board

re: bad experience with personal upgrade from 7 to 10

Yes, a friend of mine walked into a disaster that may require the entire machine being wiped and 7 put back on

I'm holding strong to 7 way into the future, and may then just switch to a Mac

And, it costs less to support one Windows OS than it does to support more than one
Reply  |  Post Message  |  Messages List  |  Start a Board

I'm impressed Bank of America has moved so quickly to update to Windows 10.

Some if it probably comes down to the fact that banking needs to make sure it is updated to the latest and greatest as soon as possible. And the fact that a Windows 10 upgrade is much easier than what needed to be done with Windows 7 is an added bonus.
Reply  |  Post Message  |  Messages List  |  Start a Board
Editors' Choice
Hot Topics