Windows 10 Provides Little Incentive For IT To Upgrade - InformationWeek

An Adaptiva survey finds businesses of all sizes are slowly migrating to Windows 10, but the update isn't adding any particular degree of urgency. The survey also found that while many IT professionals like some of the features, moving to the OS isn't a priority.

This month's Windows 10 Anniversary OS release from Microsoft isn't proving to be a huge motivator for upgrading, and a spike in Windows 10 deployment isn't expected until early 2017, according to a survey of more than 300 IT personnel by systems management specialist Adaptiva.

The update will be one of the biggest to arrive on Windows 10 since it was released to the general public on July 29, 2015. Since then, Microsoft reports its newest OS is running on 350 million devices and that users have spent more than 135 billion hours on it.

The Adaptiva survey, which was released Aug. 1, found that 63% of enterprises plan to wait at least six months to upgrade, and slightly more than three-quarters of respondents (76%) reported that the anniversary update, which Microsoft plans to release Tuesday, Aug. 2, was not increasing their sense of urgency.

However, 39% of those working in large enterprises reported that it is encouraging them to migrate sooner, and the overall survey indicated that while there is steady pressure to migrate to Windows 10, most companies don't consider that pressure to be extreme. 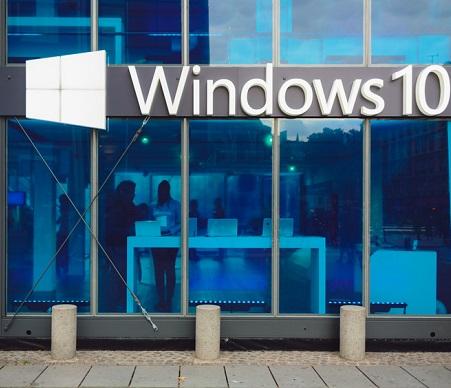 Overall, the greatest pressure to move to Windows 10 comes from end-users (37%) and Microsoft (38%), with enterprises getting slightly more pressure from management (37%) than small to medium-size businesses (SMBs) (29%).

Device Guard is a combination of enterprise-related hardware and software security features that, when configured together, will lock a device down so that it can only run trusted applications, while Credential Guard uses virtualization-based security to isolate secrets so that only privileged system software can access them.

Somewhat surprisingly, it's been years since most companies have migrated Windows systems on a large scale. The vast majority of companies (84%) admitted it has been over a year since a major Windows OS migration, and nearly half (46%) of respondents reported that they haven't upgraded in more than two years.

[Read more about Microsoft's move to the cloud.]

The survey also revealed System Center Configuration Manager (ConfigMgr) is the top deployment tool of choice, with 83% overall use, which rises to 90% usage in large enterprises.

When it comes to updates, 56% of those in the enterprise are utilizing Current Branch for Business, and only 22% are using Long Term Servicing Branch.

For the most part, companies are still dipping their toes in the Windows 10 waters instead of diving in. Enterprises and SMBs are on par. Most companies (59%) of both sizes report they have begun deploying Windows 10 to some extent. The rest (41%) are still waiting.

The new features for the Windows 10 Anniversary upgrade are designed to improve security, digital inking capabilities, Cortana, and the Edge browser. Microsoft's personal digital assistant will now be available above the lock screen, while new Edge extensions will include AdBlock and LastPass.

Overall, the most desired Windows 10 features for IT are enterprise management for Windows 10 devices (48%) and BitLocker (45%), with Windows Update for Business a distant third (32%), indicating growing interest in managed over-the-air (OTA) Windows updates.

Nathan Eddy is a freelance writer for InformationWeek. He has written for Popular Mechanics, Sales & Marketing Management Magazine, FierceMarkets, and CRN, among others. In 2012 he made his first documentary film, The Absent Column. He currently lives in Berlin. View Full Bio
We welcome your comments on this topic on our social media channels, or [contact us directly] with questions about the site.
Comment  |
Email This  |
Print  |
RSS
More Insights
Webcasts
Fact or Fiction? The Truth About Cloud Native Security
Leveraging Infrastructure as Code to Streamline Security & Operations
More Webcasts
White Papers
Privileged Access Management Checklist
Business Continuity Program Best Practices Checklist
More White Papers
Reports
State of DevOps 2021
Gartner's Top 9 Security Trends in 2020
More Reports