Monday, May 4, was the start of Microsoft Ignite, the tech giant's second conference in as many weeks. Executives spoke from Chicago after a week in San Francisco for its developer-oriented Build event.

In a similar format to last week's Build, the enterprise-focused Ignite started with a long keynote from company officials, including CEO Satya Nadella, all of whom overwhelmed attendees with a deluge of updates on how Microsoft plans to alter the future of productivity.

Windows 10 took center stage for a chunk of the morning's discussions. We learned about an upcoming build that will feature new Start menu buttons and faster access to essential apps. Cortana got another revamp. The digital assistant will also answer questions about tech support. Windows 10 users will also be able to remove content from Cortana.

Microsoft Edge, the browser poised to replace Internet Explorer in Windows 10, also received some updates. Company officials reported expanded integration with Cortana, object RTC, and extensions. The extensions won't be built into Edge upon its release, but three extensions that will work with the browser include Pinterest, click-to-call Skype, and the Reddit Enhancement Suite, reports PC World. A full list of potential features can be found on Microsoft's developer website.

[Laptops For Business: 8 Worth Buying]

The cloud got plenty of attention during the keynote as well. We learned that Microsoft is getting ready to preview Azure Stack, a next-gen hybrid cloud offering that bundles Azure Service Fabric, Azure Portal, and Azure Resource manager on top of Windows Server and Systems Center. The goal here is to give companies a secure means of testing Azure.

Officials also turned their focus to security this week, highlighting new tools that are based on machine learning and integrated with Azure Active Directory. The Advanced Threat Analytics software and service can be used to evaluate whether Active Directory information is being used in a malicious way. After altering to the activity, ATA can share the location where it happened.

In other security news, we learned about Windows Update for Business, a new method for receiving Windows 10 updates. Business users running Windows 10 can better manage which updates they receive and when they receive them, with the option to receive automatic updates from Microsoft if that best suits them. This news marks the eventual decline of Microsoft's Patch Tuesday.

The crux of Ignite was productivity, which was evident in the many updates we saw coming to Office and Office 365. To accommodate a more mobile and cloud-based audience, Microsoft is making some major changes to its Office suite to enhance team collaboration, mobile meetings, content co-creation and intelligence. 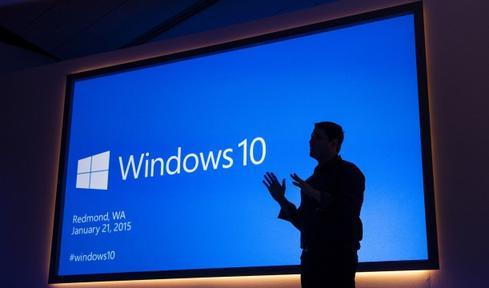 The myriad of Office news items included the public preview of Office 2016, group collaboration tool Office 365 Groups, and the upcoming launch of Sway for business and education subscribers. Meetings in Office 365 will automatically be conducted via Skype for Business, and a new organizational view in Office Delve will offer personalized views of how individuals and teams are interacting across the business.

In news unrelated to Ignite, Microsoft released its new Surface 3, the less-expensive sibling to the Surface Pro 3, on May 5. Which would you choose?

Kelly Sheridan is the Staff Editor at Dark Reading, where she focuses on cybersecurity news and analysis. She is a business technology journalist who previously reported for InformationWeek, where she covered Microsoft, and Insurance & Technology, where she covered financial ... View Full Bio
We welcome your comments on this topic on our social media channels, or [contact us directly] with questions about the site.
Comment  |
Email This  |
Print  |
RSS
More Insights
Webcasts
Key technology trends in 2021 - Making these technologies work for your business
Optimizing App Performance in the Cloud
More Webcasts
White Papers
Why Add Security to Your Skill Set and How to Do It
The Hidden Security Risks of APIs: How to Protect Your Brand, Business, and Data
More White Papers
Reports
Accelerate Threat Resolutions with DNS
Assessing Cybersecurity Risk in Todays Enterprises
More Reports

"The myriad of Office news items included the public preview of Office 2016, group collaboration tool Office 365 Groups, and the upcoming launch of Sway for business and education subscribers. Meetings in Office 365 will automatically be conducted via Skype for Business, and a new organizational view in Office Delve will offer personalized views of how individuals and teams are interacting across the business."

Kelly, any info about how office 2016 is different from its present form and 365? It seems that other tools like skype & other collaborative tools are integrated as a package in new version.
Reply  |  Post Message  |  Messages List  |  Start a Board
Editors' Choice
Hot Topics