Microsoft and the government of China have come to a new agreement that will bring Windows 10 to the Chinese market. However, this version of Windows will conform to certain state demands.

Microsoft announced Dec. 17 that it has finally reached a deal with the Chinese government to provide Windows 10 to users in that country.

Microsoft will partner with China Electronics Technology Group (CETC) to create C&M Information Technologies, though the name of the joint venture may change. The joint venture will control the licensing of Windows 10 to government agencies and to some major state-owned corporations such as those that control energy, telecommunications, and transportation.

This is the finalization of agreements made in September as Microsoft strove to achieve Chinese adoption of Windows 10. China is a major market for almost all Western technology companies. Additional sales there could produce millions in additional revenue for Redmond's bottom line.

"Microsoft and CETC have been working on a custom image of Windows 10 for government customers since we announced our initial agreement in September, based on the tools that we make available to organizations around the world," according to the blog post. 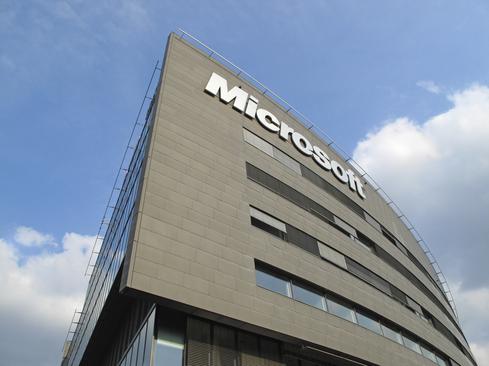 Those September agreements include a cloud computing agreement where Microsoft, Unisplendour Corporation (UNIS), and 21Vianet will provide hybrid cloud solutions and services to Chinese customers, especially state-owned enterprise customers. It also said then it would make Baidu.com the default search and homepage in the Microsoft Edge browser in China.

So much for a Chinese Bing.

Microsoft has had setbacks in China in past years.

CETC has more than 180 commercial subsidiaries, most of them involved in defense-related research and development and the production of defense and dual-use electronics. It also supplies the People's Liberation Army (PLA), as well as government agencies and state-run companies with technology products.

[Read how Windows 10 could drive more PC sales in the next year.]

All of this activity points to Microsoft letting China run a specific, tailored version of Windows 10 that is not the same one found in the rest of the world.

Microsoft even admitted this, although obliquely. It said in the announcement: "[C&M] will collect feedback from these government customers on their specific use requirements to inform the creation of the successive updates of the government Windows 10 image, which may be developed by the joint organization … [while] recognizing that public sector solutions may differ from technology offered to private sector enterprises and consumers around the world."

One can only wonder what these Windows 10 images and their successive updates will contain.

Larry Loeb has written for many of the last century's major "dead tree" computer magazines, having been, among other things, a consulting editor for BYTE magazine and senior editor for the launch of WebWeek. He has written a book on the Secure Electronic Transaction Internet ... View Full Bio
We welcome your comments on this topic on our social media channels, or [contact us directly] with questions about the site.
Comment  |
Email This  |
Print  |
RSS
More Insights
Webcasts
Making XDR Work in Your Enterprise - May 12
Multi-Cloud Data Management for Modern Applications
More Webcasts
White Papers
Intelligent Outcomes Are Key to Business Resilience
New Cybersecurity Paradigm
More White Papers
Reports
Dark Reading Report: Battle for the Endpoint
Intelligent Outcomes Are Key to Business Resilience
More Reports

I'll tel the MPAA that.

Oh yes, Asian markets will be huge if they can get penetration.

But remember, previous Windows were mostly pirated. Win10 is "free", but takes user information as its price.

Will these markets allow MSFT access to this kind of information as the "price" for it? We shall see.
Reply  |  Post Message  |  Messages List  |  Start a Board

Legacy software will keep Win10 relevant, despite the other factors. They will need it to use past and future tasks.
Reply  |  Post Message  |  Messages List  |  Start a Board

It has been long rumored and never proven that MSFT put a backdoor in Windows 7 and 8.

Or at least told No Such Agency how to get in. And Win10 phones home a lot.

Watch all the comments coming from techies about CISA. I doubt MSFT will say anything.
Reply  |  Post Message  |  Messages List  |  Start a Board

I think it will be something more than they will publicly admit to. They did it for the us they'll do it for the Chinese.
Reply  |  Post Message  |  Messages List  |  Start a Board