After pulling its Windows 10 November update after reported problems with some users' privacy settings preferences, Microsoft reinstates the update.

Microsoft is once again allowing upgrades to Windows 10 through its Media Creation Tool (MCT) after having pulled the disk images of the November upgrade this past weekend.

The MCT allows clean installations and upgrades without the user having to complete individual downloads through the Windows Update mechanism. It is also the path for Windows 7 and Windows 8 users to create a clean install for Windows 10, which can then be activated with a valid Windows 7 or Windows 8 product key.

A cumulative update for Windows 10 has been posted. It supersedes the one that was released on November 18.

While the initial action caused much confusion in the Microsoft community, the reinstatement should calm things down.

That explanation by Microsoft glosses over a number of things. 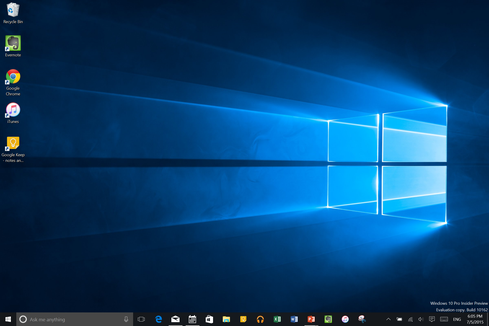 When asked to further clarify whether the MCT upgrade path was going to be enabled again, the spokesperson told InformationWeek:

That leaves a pretty big question on the table. Specifically, why was it necessary to take it down in the first place?

What, exactly, were those settings preferences that the spokesperson says were affected? ZDNet writes that there were four: "Let apps use my advertising ID," "Turn on SmartScreen Filter for web content," "Let apps run in the background," and "Sync with devices."

These kinds of settings are supposed to migrate to the new installation, if they were previously set in Windows 10. Evidently, these four settings did not transfer, and ended up being reset to the default values.

Here's where it gets interesting. All of these settings fall under "Privacy." One can only imagine how sensitive Microsoft must be about seeming to stealthily change a user's privacy settings during an upgrade.

Redmond's sensitivity to privacy appearances may also explain why information surrounding this entire kerfuffle has been so vexing and confusing.

While initial comments pointed to a major shift in delivering upgrades exclusively through Windows Upgrade, Microsoft's latest action clearly shows this was never going to be the case. It seems obvious now that Microsoft should have been clearer at the outset about what it was doing and how it was going to be doing it.

Larry Loeb has written for many of the last century's major "dead tree" computer magazines, having been, among other things, a consulting editor for BYTE magazine and senior editor for the launch of WebWeek. He has written a book on the Secure Electronic Transaction Internet ... View Full Bio
We welcome your comments on this topic on our social media channels, or [contact us directly] with questions about the site.
Comment  |
Email This  |
Print  |
RSS
More Insights
Webcasts
What We Can Learn from Sports Analytics
Making Cybersecurity Work in Small and Medium-Sized Businesses
More Webcasts
White Papers
Passwordless: The Future of Authentication
Universal Internet Connectivity: Reality or Myth?
More White Papers
Reports
Are Unprotected Cloud Databases Leaking Your Data?
How Data Breaches Affect the Enterprise (2020)
More Reports
Copyright © 2021 UBM Electronics, A UBM company, All rights reserved. Privacy Policy | Terms of Service