The news rolled slowly out of Redmond this week, picking up in speed on Thursday and Friday when announcements of acquisitions, upgrades, and a new Windows 10 preview for phones left the tech community abuzz.

We kicked off the week with a reflection on Satya Nadella's first year as Microsoft's CEO. The new leader started with a splash and has since delivered an intense focus on mobile and cloud throughout his first year at the helm. After a tremendous year of new updates and products, we're looking forward to what's in store for 2015.

This week's Patch Tuesday brought its usual news of updates for critical security flaws, but one fix stood out from the pack. In addition to providing a cumulative update for Internet Explorer and addressing a problem in Kernel-Mode Driver, Microsoft unveiled a revamp for JASBUG, a vulnerability that endangers organizations using Active Directory.

The vulnerability, which could leave millions of machines at risk, is a root-level issue that affects core aspects of Windows and required some intense engineering from Microsoft to fix. Its patch released this week took a year to complete.

[Check out these crazy-cool data centers.]

On Feb. 11, Microsoft confirmed its acquisition of calendar app Sunrise, the sixth in a recent series of purchases seemingly intended to broaden its mobile capabilities. Financial terms were not released, but rumors suggest that Sunrise cost over $100 million.

It'll be interesting to see how Microsoft handles this purchase, especially given that its recently released Outlook app for iOS and Android boasts a range of new calendar functions. For now, the company has stated that the Sunrise app will stay in app stores for free and promises further updates in months to come.

One day later, rumors spread that Microsoft was reportedly in talks to make its seventh acquisition since November 2014. Its purchase of N-trig, the brains behind the digital pen that ships with the Surface Pro 3, follows years of collaboration between the two companies.

For a reported price of $200 million, Microsoft will continue its investment in N-trig and dive further into the world of digital pens. Company officials believe that this is a critical area going forward and claim that consumers will someday treat digital pads and pens as they do traditional pen and paper. 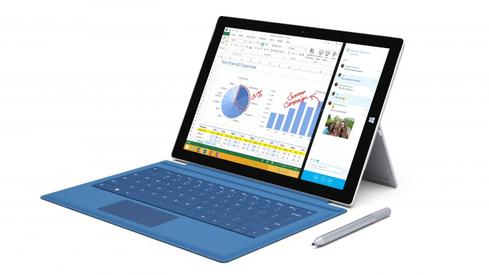 The first major upgrade to Office Online was also released this week. In addition to an improved Reading View and enhanced editing capabilities, users have access to more comprehensive file management across the Web-based versions of Word, Excel, PowerPoint, and OneNote.

Select Windows Phone users are happy to know that Microsoft has released the first preview of its Windows 10 for Phones OS. This build is only available for select Windows Phones, and Microsoft admitted to some major bugs in a blog post regarding the announcement.

The new OS is still rough around the edges, but Windows Insiders who dare to download will discover an enhanced Photos app, interactive notifications, enhanced speech-to-text functionality, and the ability to set a full-sized background image for Start. Fortunately, the preview contains a software recovery tool in case testers run into trouble, reports Neowin.

Kelly Sheridan is the Staff Editor at Dark Reading, where she focuses on cybersecurity news and analysis. She is a business technology journalist who previously reported for InformationWeek, where she covered Microsoft, and Insurance & Technology, where she covered financial ... View Full Bio
We welcome your comments on this topic on our social media channels, or [contact us directly] with questions about the site.
Comment  |
Email This  |
Print  |
RSS
More Insights
Webcasts
Cybersecurity Risk Management
Advancing the Hybrid Cloud & App Modernization Journey with IBM
More Webcasts
White Papers
2020 SANS Enterprise Cloud Incident Response Survey
The Top 5 Mistakes Everyone is Making in Vulnerability Remediation
More White Papers
Reports
Are We Cyber-Resilient? The Key Question Every Organization Must Answer
Building the SOC of the Future
More Reports
Copyright © 2021 UBM Electronics, A UBM company, All rights reserved. Privacy Policy | Terms of Service