Microsoft has given Windows 10 for desktop its share of attention. What can we expect from Windows 10 Mobile? 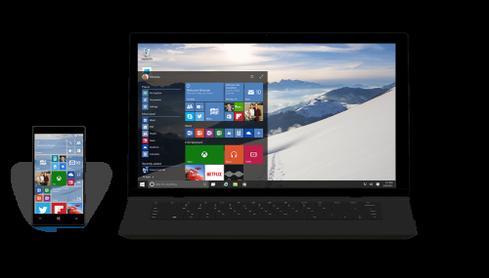 Microsoft has dedicated plenty of blog posts and keynote time to covering the many features that will appear on desktops running its much-hyped new OS. Most recent updates include the availability of Windows 10 editions and how Azure Active Directory will work.

Windows Insiders running the OS desktop preview have tested multiple versions of Windows 10, playing with its new features and providing Microsoft with feedback to inform development of the layout and functionality of its new system. If the builds are any indication of what's to come, it looks like Windows 10 has a lot of potential.

While the desktop preview seems more well-rounded now than it did back in January, its mobile counterpart appears to be lagging in comparison. Windows 10 Mobile has not received the same extent of feature updates in each Insider Preview build, and each build has been pretty buggy.

The desktop version of Windows 10 must be taking up most of Microsoft's resources. That makes sense since Windows software runs on the lion's share of PCs around the world, while Windows Phone takes up a small percentage of the smartphone market.

In March, we learned that Windows 10 will land on computers sometime this summer; in April, that window was narrowed down to July. We don't have such a specific timeframe for Windows 10 Mobile just yet, which leads to one of many questions we have about Microsoft's new mobile OS.

Read on to learn more about what we'd like to learn about Windows 10 Mobile over the next few months. If you have any insight or additional questions of your own, feel free to share them in the comments.

What I'm seeing right now Office making strides into the mobile OSes is better for business than Win 10 on every device.  The win comes with the tools but I'm not seeing huge benefits of Win 10 on a phone since you'll still have to make trade offs.
Reply  |  Post Message  |  Messages List  |  Start a Board

@SachinEE I agree to that. Most developers do not want to work with Windows apps because they are not easy to make. Whatever programming language you use, transforming the logic you applied in building the iOS or Android app takes a lot of time here, because some way or the other the logic changes and so does the code.
Reply  |  Post Message  |  Messages List  |  Start a Board

@SaneIT: I also would be sticking to android if Windows 10 does not address the "One OS" visions it has been hyping us with. Frankly I am really excited about the Windows 10 feature that enables you to have an interactive digital white board in your conference room. I forgot what the tech is called, though.
Reply  |  Post Message  |  Messages List  |  Start a Board

I certainly hope so because what I'm seeing right now isn't making me feel like they get it.  With 7 different versions of Windows it seems like the disconnects are still there.  If I'm going to have a different experience on different devices then I'm just going to end up frustrated.  At that point I might as well stick with Android on my phone because I know what to expect rather than guessing at what functions may or may not work.
Reply  |  Post Message  |  Messages List  |  Start a Board

This is a very good news for app developers everywhere. Windows platform is notorious for making app development extremely difficult. Making and launching apps is a nightmare. Also if this comes together the rest of the world will be getting some of those iOS apps that otherwise users don't get. I really like windows over any other platform because it does not have any lag even after months of use.
Reply  |  Post Message  |  Messages List  |  Start a Board

@SaneIT: I think they will be solving this issue. Also I think Windows 10 would be automatically and collectively updated on all platforms, otherwise it makes no sense to call it a "windows connect".
Reply  |  Post Message  |  Messages List  |  Start a Board

Some of this is really disappointing but I guess we should have seen it coming.  Microsoft's one OS for every device is quickly turning out just like the old model.  I think there are at least 7 versions of Win 10 planned, which seems counter to the claims that you'll run the same OS everywhere.  If I'm running a version on my Surface that has capabilities on a corporate network that my phone doesn't then what's the point?  If I'm juggling three versions of Windows, patching, features, etc  how is that different than running Android or iOS on my tablet/phone/whatever?
Reply  |  Post Message  |  Messages List  |  Start a Board
Editors' Choice
Hot Topics

More Informa Tech Live Events
Zero Trust for a Work-From Home WorldCybersecurity's Next Wave: What You Should KnowStrategies for Success with Digital Transformation