Microsoft announced Windows 10 builds 14327 and 14328 for smartphones and PCs, Skype Bots for Mac and Web, and earnings for its third fiscal quarter.

9 Cloud Services To Keep You Productive At Interop
(Click image for larger view and slideshow.)

This week, Microsoft reported earnings of $4.99 billion in net income and $21.78 billion in revenue for its third fiscal quarter. The numbers failed to meet analysts' expectations and caused the company's stock to tumble in after-hours trading on Thursday, April 21.

Executives highlighted the strength of Microsoft's cloud business, which grew to $6.1 billion, and noted the potential for growth with the newest enterprise edition of Office 365. The Enterprise E5 suite contains new security, analytics, and Skype for Business features at a higher cost to business users.

Microsoft is seeing growth in sales of annuity-based cloud services, which are offset by a consistent decline in transactional sales, or occurrences of people buying software for individual devices. Office 365 consumer subscribers, for example, increased to 22.2 million.

However, the robust Intelligent Cloud division may not compensate for shortcomings in Microsoft's More Personal Computing sector, which includes Windows and hardware. Windows OEM revenue continued to decline, and Windows Phone revenue fell 46% in constant currency. Surface revenue grew 61%, and search advertising revenue was up 18%.

Windows Insiders on the Fast ring received Windows 10 preview builds 14327 for Windows 10 Mobile and 14328 for both PCs and smartphones.

Mobile preview build 14327 rolled out on April 20, and brought more languages to Cortana and the beta version of a new feature called Messaging Everywhere. The tool lets users send and receive text messages on Windows Phones and PCs, similar to Apple's iMessage.

It wasn't long before Microsoft released preview build 14328 to smartphones and PCs, on April 22. While the new build didn't bring much to Windows 10 Mobile, it was a major release for PCs. It has a bunch of new features first unveiled at Build 2016.

Insiders can now try the new digital inking features in Windows Ink, a more comprehensive and efficient Start menu, Cortana accessibility from the lock screen, Cortana functionality across devices, and the option to customize notifications in Action Center. This build also includes updates to the taskbar and Settings app.

Insiders will also notice new features in the Mail and Calendar apps on Windows 10. They now have options to open email messages in a new window, view .eml attachments and save messages in .eml format, and the ability print day, multi-day, and workweek views in Calendar. These features will roll out to non-Insiders over the next few weeks. 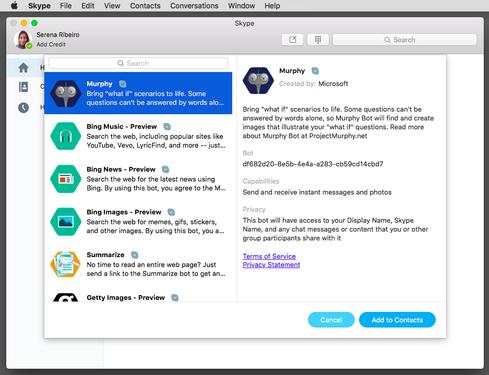 Skype Bots are available in preview for Mac and Web users, Microsoft announced this week. Users who want to try Bots can now access them on Android, iOS, and Windows devices, in addition to a Mac or browser.

On Skype, Bots interact with Cortana to make it easier for users to communicate, as in ordering food or booking travel arrangements. Bots are currently limited to the text-messaging capabilities of Skype, but will soon be available in audio and video calls.

Microsoft is broadening a philanthropic initiative called YouthSpark, which was founded last year to improve accessibility of computer science education around the world. The company announced this week it will make YouthSpark grants to 100 nonprofit partners in 55 countries, where those partners can work with local schools and businesses to help students build computer science skills.

Kelly Sheridan is the Staff Editor at Dark Reading, where she focuses on cybersecurity news and analysis. She is a business technology journalist who previously reported for InformationWeek, where she covered Microsoft, and Insurance & Technology, where she covered financial ... View Full Bio
We welcome your comments on this topic on our social media channels, or [contact us directly] with questions about the site.
Comment  |
Email This  |
Print  |
RSS
More Insights
Webcasts
The Failures of Static DLP and How to Protect Against Tomorrow's Email Breaches
Protecting Your Enterprise's Intellectual Property
More Webcasts
White Papers
Presenting Your Cloud Security Strategy to the Board
Threat Intelligence Solutions: A SANS Review of Anomali ThreatStream
More White Papers
Reports
2020: Threats in Review
IDC FutureScape: Worldwide Digital Transformation Predictions
More Reports