Microsoft has released Windows 10 Build 10159 to the Fast ring of Windows Insiders, marking the second PC build in two days.

We're one day into July and less than 30 away from the launch of Windows 10. Microsoft could keep us waiting to see a fully polished OS on July 29, but instead it's rolling out preview builds faster than ever.

Windows Insiders in the Fast ring received PC Build 10158 on June 29. The update arrived about a month after Build 10130.

In Build 10158, testers could preview a more refined UI. On top of myriad bug fixes, Microsoft has improved support for Windows 8/8.1 apps and classic (Win32) apps in tablet mode.

Interface changes include the ability to search for apps by letter under the All Apps menu. You'll also see task bar notifications in a new way: Apps that need attention will appear orange and those with downloads in progress will be highlighted in green.

This build brings a few upgrades to the new Microsoft Edge browser. Insiders should note that Edge comes with a new app ID that will delete favorites, history, Reading List items, and cookies they may have had stored in the old Project Spartan browser. Back up your favorites before downloading the new build.

The Edge browser is now more customizable. You have the option to add a "home" button, import favorites and bookmarks from other browsers, change what you see on the Edge opening page, and customize the New Tab page. Edge also has password and form-fill support and password management for favorite websites.

And, reflecting the demand of Windows Insiders, audio will continue playing when Edge is minimized or in the background. The browser also has a new dark theme.

Cortana got a few updates in Build 10158 as well. Officials claim Cortana's notebook is in the final stages of development, with a combined Profile and Settings experience. You can now use the digital personal assistant to track flights and packages; receive alerts when it's time to travel; and create, edit, and send emails using your voice. Cortana has also been embedded in Office 365 to help with things like daily scheduling and meeting prep. 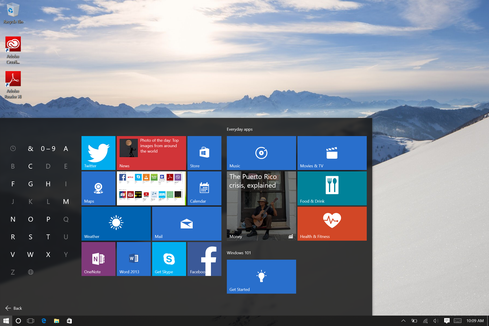 Insiders might also be interested to learn about a new Snipping Tool, which now has the option of setting a delay. Now you'll have up to five seconds to grab that elusive pop-up screen shot.

Why the rush? Microsoft was using Build 10158 for about a week, and then decided to release it while still testing the next build. After Build 10159 passed the criteria for the Fast ring of Insiders, Microsoft decided to deliver that as well.

The latest PC build for Windows 10 allegedly packs over 300 changes, according to Microsoft. A noticeable update is the new wallpaper, named Hero, created by Microsoft for Windows 10, which is now the login screen. It seems that most of the changes have likely been minor usability tweaks. Based on my use, this version of the OS is more refined and stable than previous builds.

If you're downloading 10158 and 10159 at the same time and run into issues, Microsoft recommends rebooting and choosing Build 10159 from Settings when your PC reloads.

Kelly Sheridan is the Staff Editor at Dark Reading, where she focuses on cybersecurity news and analysis. She is a business technology journalist who previously reported for InformationWeek, where she covered Microsoft, and Insurance & Technology, where she covered financial ... View Full Bio
We welcome your comments on this topic on our social media channels, or [contact us directly] with questions about the site.
Comment  |
Email This  |
Print  |
RSS
More Insights
Webcasts
Unifying Your Endpoint Security Strategy
Using Cyber Underground & Blockchain Intel to Stop Cyber Attacks
More Webcasts
White Papers
How Secure Are Your Endpoints?
Formulating a Robust Pivoting Methodology
More White Papers
Reports
The 2021 Security Outcomes Study
Cloud & Hybrid Security Tooling Report
More Reports