Microsoft reported largely positive news this week, albeit with a few bumps in the road. The company is celebrating a largely positive financial quarter, working on security fixes, and prepping Windows 10 for a launch that may come sooner than anticipated.

That's right -- just a few weeks after we reported that Windows 10 would be arriving on PCs and mobile devices this summer, the CEO of Microsoft's hardware partner AMD let slip that the new OS might roll out in July.

When it does land, Windows 10 may be the trigger for the growth of cloud-based virtual desktop integration (VDI). Previous Windows licensing and infrastructure issues have impeded the expansion of VDI, but Windows 10 may eliminate those problems.

For example, Microsoft will reportedly streamline the virtual desktop licensing process with per-user licensing. (It previously provided licenses on a per-device basis.) In addition, advancements in WAN optimization and more options for connecting with cloud service providers will provide latency and reliability for virtual desktops.

Early this week, we also dove into the implications of a new biometric system promised in Windows 10. Microsoft claims that the program, Windows Hello, is more secure and convenient than traditional password protection. However, it seems that those claims are a bit misguided. In addition to the potential for hacked biometric markers, Microsoft will reportedly store users' biometric data locally.

In other security news, Microsoft on Tuesday, April 21, revealed updates to Office 365 that aim to improve data privacy. Its new features will begin to roll out later this year and into 2016. Additions include Customer Lockbox, which will give Office 365 customers more control over their data with the right to approve or deny Microsoft employee access to personal content in the event of a problem.

In the coming months, Office 365 will receive a new Management Activity KPI and preview program for security and compliance monitoring. We'll see more advanced email encryption by the end of this year, and Microsoft is working on giving customers the ability to create and control their own content encryption keys by the end of 2016.

The same day, Windows Insiders got some good news when Microsoft released Build 10052 of the Windows 10 technical preview for phones. Testers will now be able to enable flight mode, disable data connections, and download additional language keyboards. Issues regarding MMS settings and the Camera app viewfinder were also fixed.

However, Microsoft wasn't done with its Windows 10 updates just yet. Late on April 22 it rolled out a new version of the desktop technical preview to the Fast ring of Windows Insiders. Build 10061 comes with a slew of app fixes and new features. Yes, it's a bit buggy, but Microsoft sheds light on known issues.

Some of the new features in Build 10061 include updated Mail and Calendar apps, a slightly larger Start menu (don't worry, you can make it smaller), tablet optimization, and improved Task View. You can also change the theme color and transparency, and have as many virtual desktops as you want. Bonus: Solitaire is making a comeback. 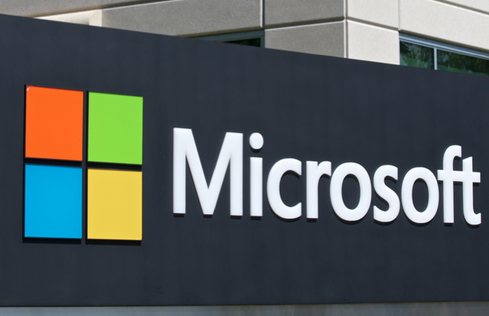 Windows and Office impeded progress. Revenue for Windows licensing fell 19% for businesses and 26% for consumers in the last quarter. Commercial Office revenue dropped 16%, while consumer Office revenue fell 41%. The decline was explained by a growing preference for Office 365 and lower PC sales.

Next week we'll be on the lookout for cloud news from Microsoft's Build conference, where the software giant will show how its new Azure Service Fabric can be used to develop distributed, microservice-based applications. Service Fabric provides the Azure core infrastructure with the ability to scale things, including DocumentDB, Bing Cortana, and Azure SQL Database.

Kelly Sheridan is the Staff Editor at Dark Reading, where she focuses on cybersecurity news and analysis. She is a business technology journalist who previously reported for InformationWeek, where she covered Microsoft, and Insurance & Technology, where she covered financial ... View Full Bio
We welcome your comments on this topic on our social media channels, or [contact us directly] with questions about the site.
Comment  |
Email This  |
Print  |
RSS
More Insights
Webcasts
How Cyber Attackers Will Use & Abuse AI, ML Against the Enterprise
Why Performance Testing is More Critical Today
More Webcasts
White Papers
2019 Software Exploits, a Technical Deep Dive into Vulnerabilities
2020 Trends to Watch: Cybersecurity
More White Papers
Reports
The New Face of IT Automation
State of Cybersecurity Incident Response
More Reports