Microsoft will release several major changes in its Windows 10 Anniversary Update. For businesses users, here are five features to try.

Microsoft has confirmed Aug. 2 as the launch date for its Windows 10 Anniversary Update. The free upgrade is one of the biggest to hit the OS since it was released to the general public, at no cost, on July 29, 2015.

As part of its Windows-as-a-service strategy, Microsoft has been testing and releasing updates to Windows 10 since its launch. Windows Insiders have most recently been testing the new features included in the Anniversary Update, which will bring several major changes to the OS.

The Anniversary Update was first announced at this year's Microsoft Build developers conference. Execs demoed a range of new features, including the new Windows Ink digital pen hub and Cortana's availability on the lock screen.

The changes arriving in this update target consumers and businesses, but some are more geared towards the enterprise. Let's take a closer look at the updates that business users can be excited about as Aug. 2 approaches:

Security is core to the Anniversary Update, especially for business users. The increased strength and invasiveness of modern cyber-attacks is costing organizations about $12 million per attack, according to Microsoft.

Windows Defender Advanced Threat Protection (WDATP) gives businesses more comprehensive threat intelligence to detect, research, and respond to advanced cyber-attacks. WDATP combines the expertise of Microsoft security researchers with the world's largest array of sensors. It covers more than 700,000 endpoints and is currently being tested by more than 300 business across the globe.

Cortana is getting a productivity boost. Now available above the lock screen, Microsoft's personal digital assistant will be able to record reminders without requiring device access.

Other improvements include the ability to save data, like where you parked your car, for instant access. Reminders can also be visual -- if, for instance, you wanted to remember the name of a park or bottle of wine.

As part of this update, Cortana will provide notifications across all devices where it resides. This is especially handy if you frequently bounce between your PC and smartphone, and need to receive messages on the go.

Windows Hello on Apps and Websites

Microsoft Edge will become the first browser with native support for biometrics. The Anniversary Update includes the ability to log into apps and websites using biometric authentication, adding an extra layer of security. 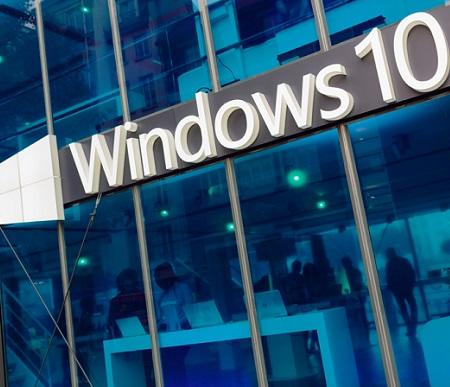 You'll also be able to use Windows Hello to unlock your PC using companion devices. The feature demonstrates another way Microsoft is attempting to eliminate the password.

Microsoft aims to improve the digital pen experience with Windows Ink, a new hub for using the pen in Windows 10. Most relevant to the enterprise are the ink-specific features in key apps you already use. You'll be able to handwrite notes in Office and make annotations in Microsoft Edge.

The inking capabilities arriving in Windows 10 could become more relevant to businesses as Microsoft continues to push its Surface lineup to enterprise customers. In June, Redmond launched a Surface Membership Plan to help small businesses finance Surface devices and upgrade to new models as they are released.

The Surface Membership plan is exclusive to organizations and limited to the Surface Pro 4 and Surface Book. Professionals using devices compatible with digital pens will benefit from the new ink-friendly updates in Windows 10.

New extensions arriving in Microsoft Edge can help you stay productive and secure. Additions including Amazon Assistant, LastPass, AdBlock, and Adblock Plus will be available in the Windows Store as part of the Anniversary Update.

While this update will arrive a few days after the official one-year mark, Microsoft still plans to terminate the free upgrade offer on July 29. If you want access to the upcoming features and fixes, be sure to download Windows 10 before then.

Kelly Sheridan is the Staff Editor at Dark Reading, where she focuses on cybersecurity news and analysis. She is a business technology journalist who previously reported for InformationWeek, where she covered Microsoft, and Insurance & Technology, where she covered financial ... View Full Bio
We welcome your comments on this topic on our social media channels, or [contact us directly] with questions about the site.
Comment  |
Email This  |
Print  |
RSS
More Insights
Webcasts
Key technology trends in 2021 - Making these technologies work for your business
Optimizing App Performance in the Cloud
More Webcasts
White Papers
Sunburst: Impact and Timeline
Enabling Enterprise Resiliency Through Cyberthreat Detection
More White Papers
Reports
Key Strategies for Managing New Risks in Cybersecurity
The State of Cloud Computing - Fall 2020
More Reports