Steve Ballmer was not shy about sharing his opinion on Microsoft's financial reporting and mobile app strategy during the company's annual shareholder meeting in Bellevue, Wash.

Ballmer, who is Microsoft's former CEO and biggest individual shareholder, does not think its Universal App strategy will give Windows Phone the boost it desperately needs. In an effort to expand its Windows Store, Microsoft is allowing developers to write Universal Apps, which work across PCs, smartphones and Xbox.

During the meeting, current CEO Satya Nadella cited the Universal Apps strategy in response to an audience member's question about what Microsoft plans to do with a lack of support for popular mobile apps like one for Starbucks.

[A Microsoft "Surface Phone" is reportedly in the works.]

"That won't work," said Ballmer of Nadella's response, according to a Bloomberg Business report. He believes Windows Phone must be able to "run Android apps."

Microsoft has attempted to do this. As part of its mobile strategy, the company created the goal of enabling developers to port iOS and Android apps to Windows Phone with two tools nicknamed Project Islandwood and Project Astoria, respectively.

While the iOS app porting project is still ongoing, Microsoft delayed Project Astoria in November 2015. The app emulator was intended to allow Android developers to port their apps with few changes to the code base.

Ballmer's Android comment may seem strange coming from a man who refused to support rival platforms. During his term as CEO, Ballmer caused his own mobile setbacks when he dangerously underestimated the iPhone's success and bought Nokia to boost Windows Phone.

Since Nadella took over, part of his plan has been to revamp Microsoft's mobile strategy. July 2015 brought 7,800 job cuts, most of them in the smartphone division. Following those layoffs, its next earnings report reflected a $7.5 billion write-down from the Nokia acquisition.

Mobile comments aside, Ballmer also criticized Microsoft's financial reporting structure. It should share profit margins and sales for its cloud and hardware businesses, he said.

Microsoft's cloud earnings are shared as an annualized run rate, meaning sales figures from a certain point in time are reported as generalized rates for the year. 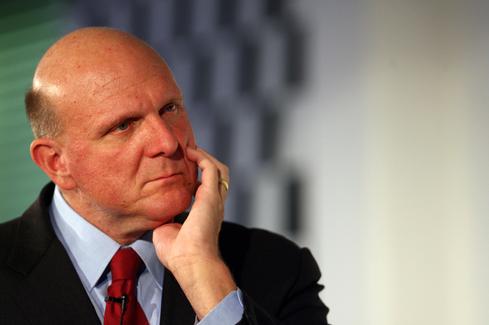 Ballmer called this reporting methodology "bull----" and demanded more detailed information. "They should report the revenue, not the run rate," he said.

The former CEO also noted the company's software business has high gross margins compared with its hardware and cloud services divisions. Reporting the margins would give a better understanding of profitability.

Microsoft seemingly does not plan to alter its strategy as a result of Ballmer's comments, as indicated in a comment following the meeting:

"We enjoy a regular dialogue with Steve, and welcome his input and feedback, as we do from our other investors," said Chris Suh, Microsoft's general manager for investor relations, in a statement.

Kelly Sheridan is the Staff Editor at Dark Reading, where she focuses on cybersecurity news and analysis. She is a business technology journalist who previously reported for InformationWeek, where she covered Microsoft, and Insurance & Technology, where she covered financial ... View Full Bio
We welcome your comments on this topic on our social media channels, or [contact us directly] with questions about the site.
Comment  |
Email This  |
Print  |
RSS
More Insights
Webcasts
SASE: The Right Framework for Today's Distributed Enterprises
Managing a Hybrid Cloud Infrastructure
More Webcasts
White Papers
Cyber Risk Management Worksheet
Get Continuous Visibility to Active Directory Exposures and Live Attacks
More White Papers
Reports
We Need Your Input: Trends in Workforce Optimization
Enabling Enterprise Resiliency Through Cyberthreat Detection
More Reports